One year on – what’s happened since the first annual Cabinet meeting with children & young people?

I am delighted to publish our progress report on the actions agreed at our first annual Cabinet meeting with children and young people, which took place on 28 February 2017 at Bute House.

Representatives from the Children’s Parliament and Scottish Youth Parliament attended this meeting and raised issues that were important to them.

A short film, co-produced by the children, highlighted school and teachers, feeling safe in the community, bullying, and what children need as areas to be discussed.

On the young people’s agenda were “Lead the Way” (Scottish Youth Parliament manifesto), children and young people’s rights, “Speak Your Mind” campaign (on mental health), and the future of Scotland’s relationship with Europe. 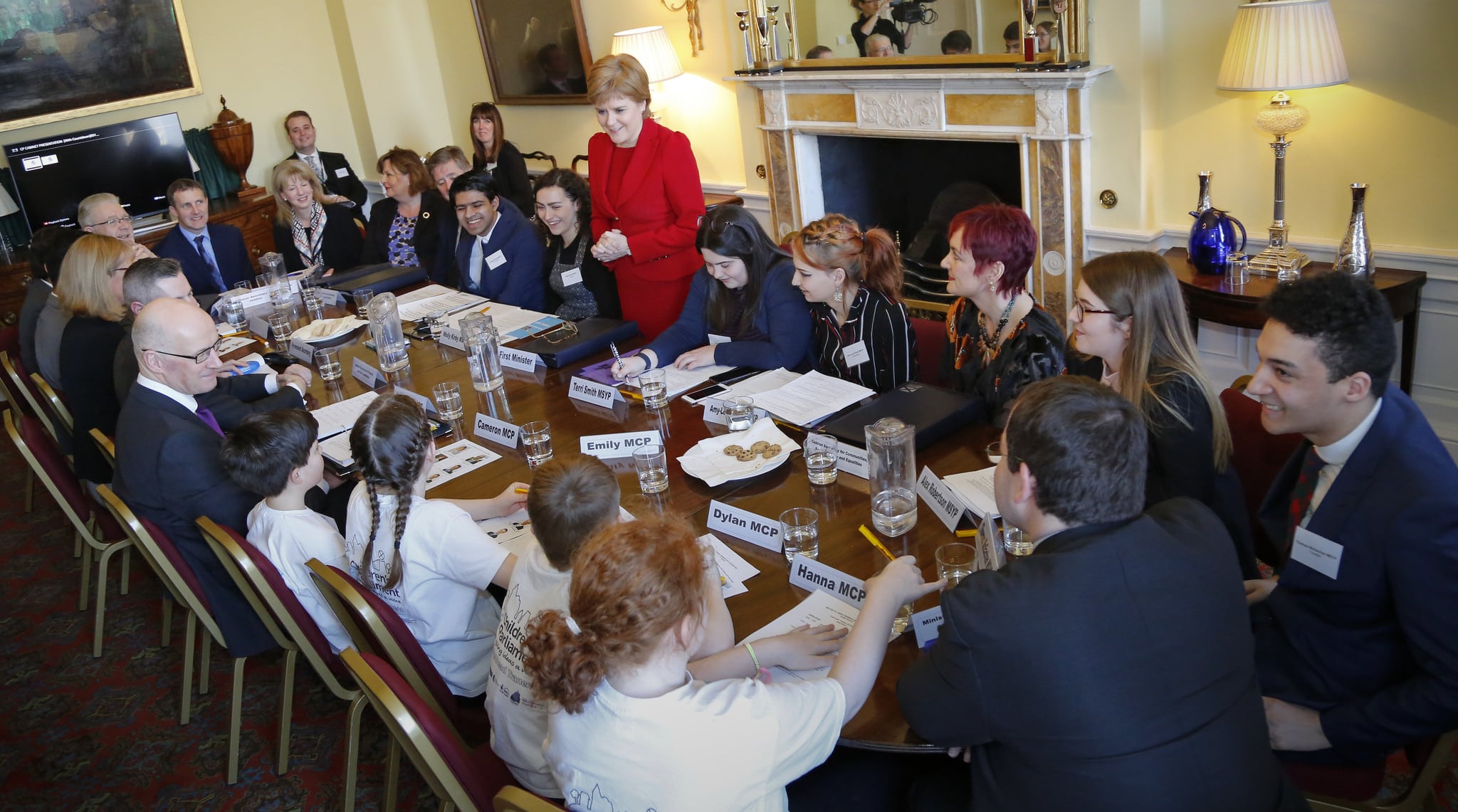 We are committed to meaningfully and credibly engaging with children and young people at a national level and ensuring they are at the heart of decisions which affect them, with the aim of improving policy development and implementation.