BlogsJustice and SafetyThe week in review

The week in review

Welcome to this week’s round-up. Another busy seven days included a historic day for accessing civil justice, new fire appliances launched in the North East and an update on police numbers. 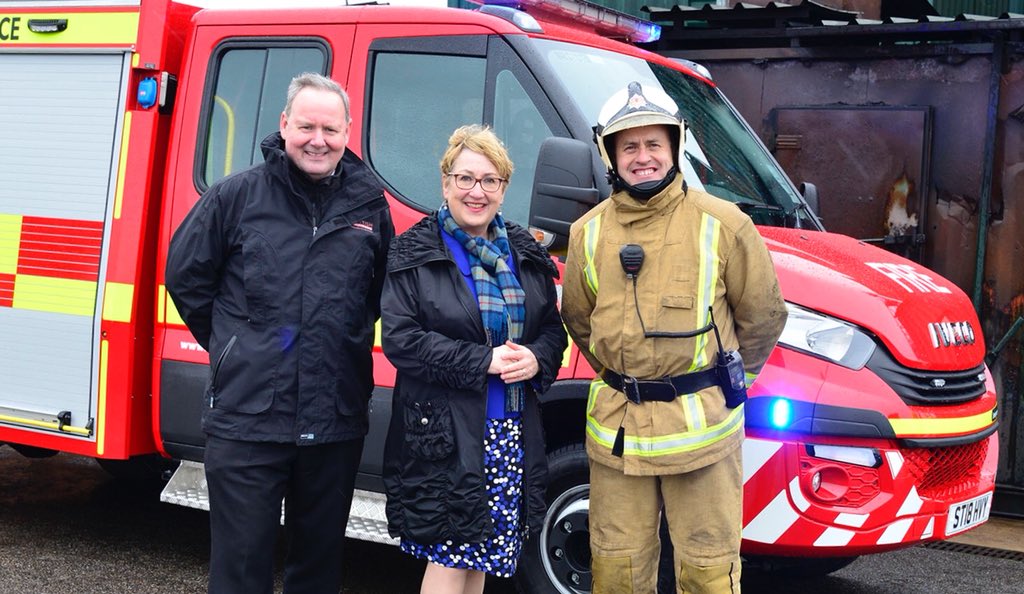 Civil justice will be more affordable, predictable and accessible following the unanimous passing of the Civil Litigation (Expenses and Group Proceedings) (Scotland) Bill on Tuesday.

This means that people considering legal action to enforce their rights will, in future, have a wider range of funding options and better protection from court costs under the new legislation, including greater funding equity between claimants and defenders in personal injury actions.

“This bill will improve the ability of people in Scotland who have a civil claim to pursue that case in the courts. It seeks to remove some of the barriers which, in the past, have deterred individuals from accessing justice in the civil courts.”

Scotland has created the gold standard for funding personal injury claims. The Civil Litigation (Expenses and Group Proceedings) (Scotland) Act means cases will be settled or negotiated on their merits, without worries about swingeing costs being awarded against injured pursuers

Firefighters will soon be armed with the latest technology to tackle fires – capable of blasting through solid concrete and steel. The Ultra High Pressure Lances – branded ‘Coldcut’ – will enable crews to inject a fire suppressant through the wall of a burning building to more quickly douse the flames inside.

Already used by fire and rescue services in 45 countries worldwide, crews do not have to enter every burning building to reach and extinguish the flames. They will now form one part of an arsenal of the latest equipment carried by 40 brand new, purpose-built fire appliances, part of a combined £7.6 million investment by the Scottish Fire and Rescue Service (SFRS) in the safety of the country’s most rural and remote communities.

SFRS Chief Officer Alasdair Hay added: “This proven firefighting technology means our crews can begin firefighting within seconds of arriving by cutting straight to the heart of the fire.”

Today @aewingmsp visited @fire_scot to see the latest firefighting tech and appliances for rural areas. Here's the moment the 'cold cutting' jet broke through two inches of solid concrete. It can reduce the temperature of a fire by 90% in just 60 secs. pic.twitter.com/5vBJPj431U

Statistics on Police Officer Quarterly Strength, published by Scotland’s Chief Statistician this week showed that there were 17,170 full-time equivalent (FTE) police officers in Scotland on 31 March 2018.

Noting the figures, Justice Secretary Michael Matheson said: “The Policing 2026 strategy committed Police Scotland to the right workforce mix, including civilian specialists and other support staff to tackle the new and emerging challenges of modern criminal activity while keeping officer numbers significantly above what this government inherited in 2007.

“Today’s figures confirm this plan is taking effect and they have signalled that a number of officers have been freed up from back-office roles to ensure the frontline is maintained and enhanced, as outlined in the strategy.

“While staffing is a matter for the Chief Constable, I am acutely aware that the public will want to be assured that our hard working police officers are able to offer the best possible service to keep our communities safe. HMICS and the Scottish Police Authority must continue to oversee the implementation of the strategy to ensure the force can continue to provide an excellent service across Scotland.”

From its site in Glasgow’s leafy Mansfield Park the sleek Street & Arrow truck has been dishing up tasty modern street food for a number of years. However this social enterprise does more than just good grub, it’s also serving up second chances for its employees.

Street & Arrow hires former offenders for twelve month blocks. During that time workers are paired with a mentor who can help them master everything from basic employment skills like turning up to work on time through to debt management and relationship issues.

Funded by the Violence Reduction Unit (VRU), Michael Matheson met some of the current cohort of trainee chefs, as well as key figures from the VRU over breakfast this week.

He heard how the project is improving employment opportunities for the chefs working with the project as well as an update from the VRU on how their globally-respected work on reducing violent crime across Scotland.

. @MathesonMichael met the team at the @streetandarrow food truck in Glasgow this morning to hear more about their programme to help people with previous convictions back into the work place #streetfood #backingsecondchances #justicepriorities pic.twitter.com/h70XZKZz60

This week also saw the University of Glasgow publish a set of findings on how information is conveyed to jurors. The research was funded by the Scottish Government following evidence to suggest that jurors can face considerable challenges in recalling both the evidence and the legal directions in a criminal trial and that they can struggle to understand legal directions.

The Scottish Government has welcomed the report and its findings, noting that it would be for the judiciary to consider them further. The Lord Justice Clerk, Lady Dorrian, said: “We are already actively considering ways to provide juries with the best possible support in reaching their verdicts. We have, in particular, already started to look closely at the measures promoted in the report, knowing that they are used in other jurisdictions to good effect.”

Can courts improve how they communicate with jurors in criminal trials? ask @FionaLeverick and @ProfChalmers in https://t.co/gzzT4uFspL
Read the @scotgov report:'Methods of Conveying Information to Jurors: An Evidence Review': https://t.co/Fgf8gX77sh

Information and updates on some of the work happening across Scotland to improve justice and safety.

The Scottish Government recognises the important role played by legal aid providers in supporting their clients and our justice system.…