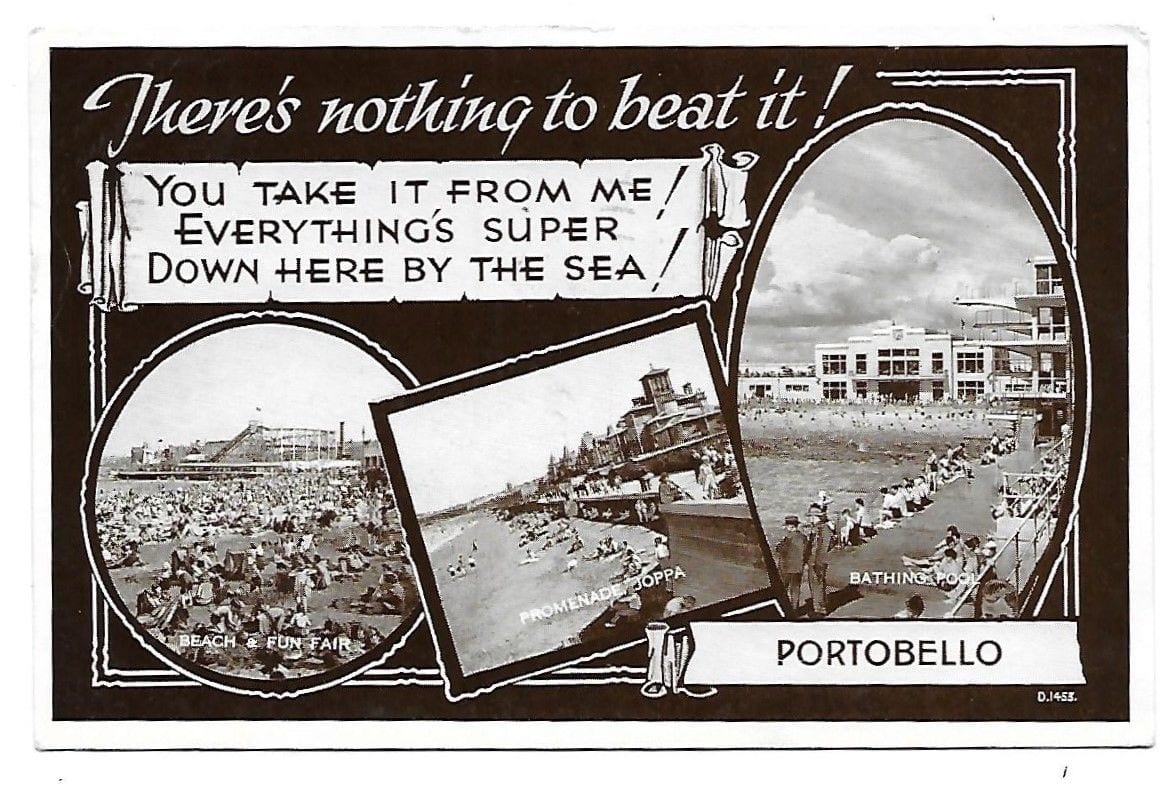 From Ulva, it’s a single track road back to Craignure.  Waiting for the ferry I spot a sea otter sitting on a buoy at the ferry terminal. He soon attracts an appreciative audience.

Then it’s back over to Oban and a long drive to Portobello, the traffic is heavy through the outskirts of Edinburgh but I make it in time, just.

Like many who live in Edinburgh, visits to Portobello for me means the prom and the beach, and I’ve always liked the feel of it: it’s urban-by-the-sea, with council houses, solid sandstone flats and elegant Georgian townhouses all cheek by jowl.

If this was England we would be in Brighton. Young (and some not quite so young) professionals in flight from truly scary house prices in Edinburgh choose Porty for its lively and alternative vibe, and it’s a bit of a happy hunting ground for Green Party canvassers.

Not sure whether the office pool car has GPS, or how to use it if it has, I use the time honoured tactic of stopping strangers at random and asking for directions to Action Porty’s recently acquired Bellfield church. The first person I ask can’t help, sorry. The next lady thinks it’s either the one just up the road on the left, or down the side street on the right, I go left and find myself in a street of 1930s council flats. Two guys are chatting, I ask them where is Bellfield Church, one says, oh aye, that’s that community place now. They confer, and then put me right.

Bellfield is a beautiful ashlar-stone church, built in 1805, attached to it is a big 1960s hall with a kitchen and meeting room. Portobello is expanding at a rate of knots, with 700 new builds just completed, adding to existing pressure on community space and facilities, which are shrinking. Or were, until Action Porty formed.

I meet Justin Kenrick, Chair of Action Porty, and fellow committee members Ian Cook and Jennifer Elliot. Justin’s father was Bruce Kenrick, founder of Shelter, and a Church of Scotland minister. He carries this lineage lightly, but when he talks later it is clear that he has inherited in full measure the charisma, energy and passion for social justice that made his father a leading light of the radical Christian left.

The meeting gets underway, he starts by sketching out an international overview of community land. Much more land is in community ownership than you would think (over half, globally).  But he identifies two critical threats to it: one external (eg conquest and displacement by expansionist regimes), the other internal – essentially, a loss of confidence in the idea of communities being able to make good decisions for themselves.

Following this, we hear from a Kenyan land rights campaigner: Milka Chepkoprir of the Sengwer community, which has experienced a succession of attempts to displace them from their homes. First the British moved them from the lowlands to their present home in the forested high hills.  Now the government is trying to move them to make way for a nature reserve (and the tourist dollars to go with it, she says). The reserve was being financed via an EU funding programme, currently suspended while investigations take place into claims of illegal evictions, burning of homes, and even murder of a leading land right activist. She makes a convincing case that wherever communities are rooted and thriving, they will care for and protect wildlife.

Whatever can be said about the reach of social media, there is nothing quite as moving as being present in a room with others, listening to eyewitness testimony. She speaks forcefully but with a quiet dignity and when she finishes, for a minute or so a kind of appalled silence prevails, as the full significance of what we have heard sinks in.

Following this there is questions and discussion. Then Justin speaks – about land reform in Scotland, what Action Porty is and what they have achieved so far – (eg, the first urban community in Scotland successfully to use CRTB legislation) – and how it fits into a broader localist agenda. And he recruits a few more supporters for his campaign to save a local green space from redevelopment.

Everything he says is interesting, but two comments in particular strike me as insightful:

legislation is a necessary, but not sufficient, condition of community control and ownership. (ie, you can lead a community to water, but – etc.)

Questions and discussion focuses on the practical.  The room is still abuzz at the end and it takes a good half hour for everyone to leave. A lively, moving and thought-provoking evening.