The Scottish Government will soon be welcoming applications for permanent Assistant Statistician posts. Leading up to this, we have a series of blog posts by government statisticians talking about how they became Assistant Statisticians. We also have some fixed term opportunities available now. If you are interested in a fixed term opportunity, please submit your up to date CV to: statistics.enquiries@gov.scot

In this blog John Clements tells us about his experiences. 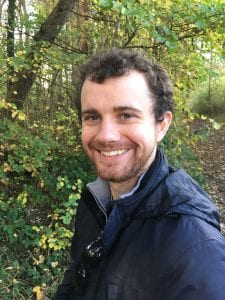 I have had an unusual journey in to my current role as an Assistant Statistician within the Scottish Government. At any rate, I would not describe myself as having a typical “Statistician” background (whatever that is!).

My academic starting point was not one that would typically be associated with statistics – I had a Psychology degree from Strathclyde University, and followed it up with a Masters in Clinical and Health Psychology, where I worked on a project that was examining more effective interventions to encourage people to adhere better to the speed limit when driving.

It was through this project, and others like it, where I developed an interest in statistics as a method to explain events. Correlations, regressions and the like can be very powerful tools to give an insight in to Psychology, even when direct measurement is impossible.

After I finished my Masters, I worked as a Mental Health Support Worker for a charity, in a project to help people with mental health issues sustain their own tenancies.

When someone passed on the advert for Assistant Statisticians, I was unsure as to how well-fitted I would be for the role. While I had a working knowledge of statistics, I would have rejected the label of “Statistician”.

However, I went along to one of the open days, and was surprised to find out that the speakers were a very diverse group, with a great deal of variety in backgrounds and previous experience.

Both the open day and the subsequent interview and assessment process really drove home the point that the role is not all about knowing every statistical technique there is (though it is a plus!). It’s a much broader role, of using analytical skills to find the key points, and then using communication skills to get those points across to audiences that can range from statisticians with an in-depth knowledge of the subject to complete beginners.

This was quite a task, and definitely not helped by the fact that the First Minister gave a TED talk on the Framework in my first week! However, everyone has been extremely welcoming and supportive, and I’ve never been left feeling overwhelmed.

Despite only being in the role since August, it has been a very varied experience. I’ve learned some HTML to be able to develop the website, I’ve dipped my toes in to using R to examine data, and I’ve even distributed copies of the Programme for Government to Ministerial Offices before it was published. I have found it an incredibly exciting role to work in. Recent events such as the OECD conference in Paris have highlighted to me just how much interest Scotland’s approach to outcomes has generated on an international level.

That variety extends to the opportunities within the Scottish Government, as Statisticians work across all branches of the government. Along with that, regular rotation between posts is encouraged to help develop experience in new areas as well as allow the spread of new ideas across the organisation. I’ve been told that RESAS has a satellite…

One of the things that I appreciate the most about the job is this sense that the development of skills and experience is important. On the downtime between the “crunch” time of publication dates, reports and other big projects, there’s a lot of scope to learn and develop new skills. As a Statistician, there is a requirement to complete a set amount of hours training and learning activities per year, split between statistical learning and more general learning, and you’re encouraged to seek out opportunities.

Since starting, I have noticed that there’s a big push within the government statistics community to improve the quality of information we collect on the protected characteristics, which has resonated quite strongly with me. Previously, it has been the case that information on certain groups was not good enough to be able to help inform policy decisions.

That seems to be changing now, with a significant degree of interest in making statistics more than just the “headline” figure. For example, knowing how many people have access to a local green or blue space is good. However, knowing what the differences are by disability, gender or socio-economic status provides a much better insight into what is actually happening in Scotland.

Prev Using data to save time, money and lives – an update on Research Data Scotland
Next Working as a government statistician – Alison Gordon

Sex and Gender in Data

By Roger Halliday, Chief Statistician, Scottish Government. Today I am publishing the guidance on sex and gender in data. This…

Making Better Use of Data for Land-Use and the Environment