Murrayfield was the venue in June for the first ever conference dedicated to the ‘Divert’ strand of the Serious Organised Crime Task Force. 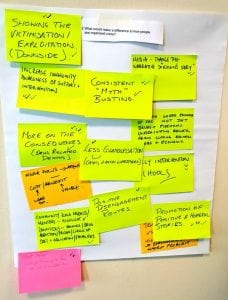 The day-long event focussed on the recently published ‘Working with Communities to Reduce the Impact of Serious Organised Crime’ research. The ground-breaking study, commissioned by the Scottish Government, and led by the University of Glasgow and the University of Stirling, is the first of its kind, focussing solely on the experiences of people in areas affected by organised crime.

The conference allowed people from those areas to discuss their experiences of organised crime with stakeholders from the Scottish Government, Police Scotland, the third sector and others. Topics ranged from how vulnerable migrant groups can be better identified and supported through to addressing vulnerability.

The findings from the day are currently being compiled and will be discussed in detail at October’s meeting of the Taskforce, chaired by Humza Yousaf MSP, the new Cabinet Secretary for Justice. 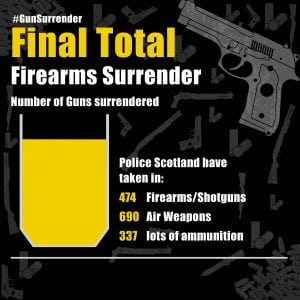 More than 1,500 illegal or unwanted firearms, air weapons and ammunition lots are now off the streets of Scotland.

Police Scotland has seized a total of 474 firearms, 690 air weapons and 337 lots of ammunition during its two-week surrender campaign. ‎Significant weapons handed into stations across the country include a machine gun, AK47 assault rifle and a World War 1 pistol.

Scotland’s businesses and charities will be supported to put in place better protections against cyber attacks.

The Scottish Government will work with leading third and private sector organisations to increase awareness of cyber threats and to promote good practice to defend against them, with a strong focus on practical steps to support smaller organisations.

Half a million pounds will also be available from the autumn to help organisations achieve the National Cyber Security Centre’s Cyber Essentials certification, which helps protect against the most common forms of internet-borne cyber attacks.

Former Justice Secretary Michael Matheson also announced in June that a cyber-crime hub is being set up in the north-east of Scotland, as part of Police Scotland’s overall investment in tackling cyber crime.

Two Vietnamese men aged 45 and 20 have been arrested and charged in relation to alleged human trafficking offences in the Elgin area.

The men were charged following extensive enquiries in the Dover and Elgin areas carried out in conjunction with partners including other police forces. A report has been sent to the Procurator Fiscal. 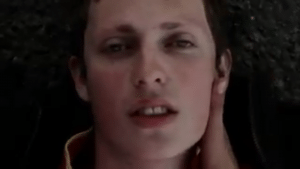 An initiative aimed at preventing young people from falling into a life of crime has been relaunched by Police Scotland.

Working in partnership with the Scottish Government, police have devised an educational pack for young people that shows the devastating effects of serious organised crime.

The Slide is a specially-created film that details a young man’s downward spiral into criminality from his teenage years into early adult life. 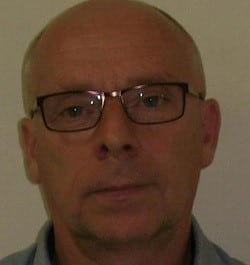 A man responsible for smuggling 20kg of heroin into Scotland has been jailed for nine years.

Cameron McFarlane pled guilty to being concerned in the supply of drugs. The drugs were discovered concealed under an HGV at Bandeath Industrial Estate near Stirling in September last year.

McFarlane had travelled to Amsterdam where the drugs had been purchased for importation into the UK.

A 58-year-old man has been charged after an estimated 3.6 million suspected illicit cigarettes were discovered by police in the Gartcosh area in June.

HMRC officers seized the cigarettes, worth around £1.3 million in lost duty and taxes.

Police Scotland is warning universities and colleges not to fall victim to the risks posed by serious organised crime.

A period of growth for the higher and further education sectors, with some institutions investing millions of pounds in new building projects and developments, can leave organisations vulnerable to the risk of money laundering, fraud and cyber crime.

Officers based in the Scottish Crime Campus visited the University of Strathclyde in June to deliver a SOC prevention course for the sector. Around 70 delegates from institutions across the country attended, representing professional services including finance, procurement, estates, information technology, risk and audit.

A Fraud Day of Action was held in Aberdeen in June in response to community concerns. Specialist fraud officers gave information and advice about all types of fraud including telephone fraud (vishing) and online fraud (phishing) and highlight how the public can protect themselves from this type of crime.

Officers also attended the Royal Highland Show in June, along with staff from the Scottish Business Resilience Centre, to deliver cyber crime prevention surgeries. The presentations were specifically targeted at people working in the agricultural community, who can be particularly at risk at certain times of the year when farm subsidy payments are made.

Arrests have been made in two cases which have seen bank staff utilise the Banking Protocol fraud prevention scheme, in place in Scotland since March.

Cheques and bank withdrawals worth a total of £14,000 were stopped from being processed in connection with the two incidents.

The Banking Protocol enables bank staff to contact police if they suspect a customer is in the process of being scammed, with an immediate blue light response sent to the branch.

Two men, aged 34 and 48 years, have been arrested and charged following an intelligence led operation in which officers from Police Scotland’s Serious and Organised Crime Unit seized drugs worth £680,000 along with firearms and ammunition.

A number of properties and vehicles in South Lanarkshire and Glasgow were searched in June and cocaine and heroin, three firearms and a quantity of ammunition were recovered. A number of vehicles have also been confiscated by police.

The men appeared at Hamilton Sheriff Court and were remanded in custody.

Three men involved in supplying nearly £500,000 of drugs have been jailed for a total of more than 13 years.

Kurt D’Cruz, 28, Gilbert MacLellan, 60, and Darren McKelvie, 28, each admitted three charges of being involved in the supply of drugs. Cocaine worth more than £400,000 and cannabis worth £60,000 were recovered from properties in Dundee in April last year.

In a separate case Thomas Dymond was jailed for more than three years in June after he admitted being involved in the supply of cannabis worth more than £330,000.

In a third case, two brothers who imported £180,000 of cannabis have been sentenced. James Goldsmith (aka James Woods) and Jack Goldsmith tried to smuggle 18kg of cannabis into Prestwick Airport on a flight from Malaga in January this year.

A man discovered with 38 cannabis plants in Stirling has been ordered to repay more than £82,000. Brian Smillie, 40, had adapted a garage to hide the cannabis cultivation. He was given six months to pay the money at Falkirk Sheriff Court in July.

In a separate case, a man caught with nearly 5kg of cannabis was given a confiscation order for £79,835 in July. Ervis Ineri, 34, was caught with the drugs and five mobile phones in Renfrew in January.

Wayne Evans, 35, was ordered to repay £42,000 in July. Evans, of Bellshill, was found with cocaine and ecstacy in his car in 2015 and then more controlled drugs in his house the following year.

Two men have appeared in court after cannabis worth more than £250,000 was recovered from a house in Aberdeen. The 24 year old and 35 year old were arrested after a cultivation was uncovered on 3 July.

Five people have appeared in court after heroin with a potential street value of £180,000 was seized in Fife. Intelligence-led searches of properties in Burntisland and Kirkcaldy were carried out in June.

Class A drugs worth more than £120,000 has been recovered after searches of three flats in Edinburgh. A total of £5,400 cash was also recovered from the properties. A 29-year-old man was arrested and appeared in court on 19 July in connection with the offices.

Police have been working with the Gangmaster and Labour Abuse Authority (GLAA) and Immigration Enforcement to tackle illegal collection of shellfish.

Officers targeted an area in Fife over several days in June, trying to identify individuals breaking the law by collecting large quantities of shellfish, in particular, razor clams, which are protected under the Sea Fisheries Act 2017.

Fife Council Trading Standards has joined forces with the Sports Traider charity to put seized counterfeit clothing and footwear to good use.

The scheme raises money by recycling the fake products in prison workshops where they are either rebranded, shredded or cut into rags. The money is then used in schemes which help disabled and disadvantaged people gain employment, training and sporting opportunities.