Deputy First Minister and Cabinet Secretary for Education and Skills

I was delighted to visit GlaxoSmithKline inIrvinetoday to announce the locations ofScotland’s four new Enterprise Areas – fulfilling the pledge we made in the Government’s Economic Strategy. The Glaxo site will form part of the Life Sciences Enterprise Area along with locations in Moray, the Highlands, Edinburgh and Midlothian. There are two proposed Enterprise Areas… 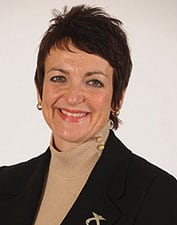 It’s been confirmed that Angela Constance is taking up the post of Minister for Youth Employment and in the next few weeks she’ll be meeting some of our key partners to discuss the additional £30 million that the Scottish Government is investing to create opportunities for our young people.

One of the most interesting aspects of my role as a Minister is having the opportunity to meet ambitious folk who are taking forward new ideas and achieving real success in what they do. A good example of this was my visit to Fife on Friday to KDM Shopfitting Ltd at Dalgety Bay, who have an impressive portfolio of clients including some of Scotland’s biggest retailers.

FiSAB really is a unique partnership between the industry, the government, wider public sector, and
the unions. Over the year its work has been invaluable in strengthen Scotland’s position as a centre
for financial services in the face of a global economic downturn.

Collaboration in the Cairngorms

I attended the Cairngorms Business Partnership Conference this morning, an annual in the National Park bringing together local business people and organisations. I spoke in the morning session about the Government’s work to retain Scotland’s position as the most supportive environment for business in the UK, and received feedback from delegates on the GES in the Q&A session, with views on public sector secondments and the Small Business Bonus Scheme.