Interview Profile: Mike Liddle is Team Leader within the Care for Older People team at the Scottish Government. He was recently appointed co-chair of the British Irish Council’s Social Inclusion workstream and just returned from finalising the workstream’s report in London.

1. What have you been up to lately?

We’ve been working together with officials from the other seven administrations which make up the British Irish Council on the Social Inclusion workstream. Social inclusion sets out to reduce the barriers which may exist for people when accessing services or participating in the community. It is one of a dozen workstreams including Digital Inclusion, Environment and Demography.

The Social Inclusion workstream was set up in 1999 and comprises officials from the Irish, UK, Welsh and Scottish governments, as well as the Northern Ireland Executive and governments of Jersey, Guernsey and the Isle of Man.

2. Can you tell us a bit more about the British Irish Council?

The British Irish Council was set up following the Good Friday agreement, signed in 1998. The formal purpose of the Council is “to promote the harmonious and mutually beneficial development of the totality of relationships among the peoples of these islands.”

With the secretariat now being based in Edinburgh, Scotland is proud to play host to the work of the various administrations.

3. What are the specific areas of work that you have been collaborating on?

The previous project for the Social Inclusion workstream looked at the contribution of the third sector to social inclusion and how greater collaboration between the third sector could help to develop more sustainable communities. The project that we’re now focused on looks at preventative spend, specifically in the context of an ageing population.

4. Can you tell us more about preventative spending and why it’s important?

The aim of preventative spend is to ensure that people don’t go into hospital or residential care when they don’t need to, and to delay the age at which people go into care. For example by supporting independence and preventing social exclusion, looking at identifying effective care journeys – focusing on those in need and in future need – and how care journeys can be improved to break the cycle of entering social exclusion.

5. What was the primary focus of your trip to London and what did you get out of it?

During the morning we got together to finalise the examples of best practice to be featured in our report being prepared on the preventative spend workstream. During the afternoon we were accompanied by Community Trust Housing in Brixton and Stockwell to visit an area of fairly deprived inner-city housing that has been refurbished to support the integration of older people in need of care within the community. 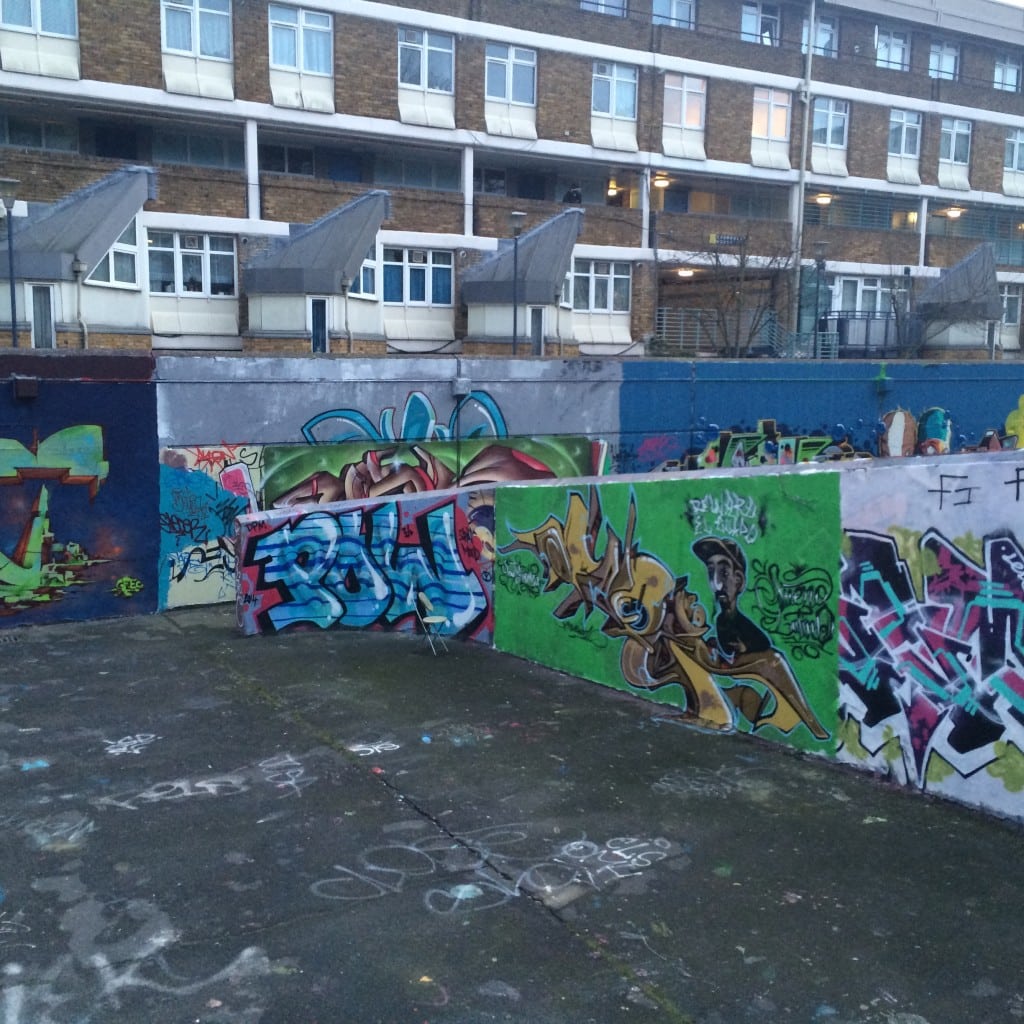 It’s a really great model for housing, you don’t have people having to leave and become isolated from the community where they have grown up to access assisted living. It is right alongside where their families are living. It’s also situated close to an arts hub. We also took a tour of the local street art (pictured above), which is very popular with visitors.

6. What are the next steps for you and the British Irish Council?

In March 2015 we will be launching our written report at a ministerial event to be held in Edinburgh. Sadly this will conclude the really rewarding exchange that I’ve been involved in between the different nations engaged in producing this work.

Alongside our recommendations there are some fantastic examples of best practice. Take the postmen and women from Jersey Post that check up on older folk as they do their rounds. They remind people to take their medicine and appointments. As there are few people that go door-to-door everyday, I think it’s a great idea.

Subject to Ministers agreeing the report in March, the next area of work for the Social Inclusion workstream will focus on carers, and we look forward to passing on the baton to our colleagues in Carers Branch in the Scottish Government.

Updates and news about the integration of health and social care services across Scotland.

Support for Hospital at Home Services