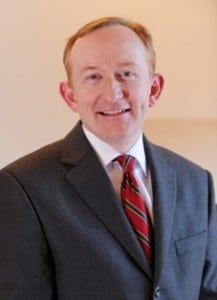 This week VisitScotland is getting involved in Scottish Tourism Week which offers an exciting programme of events focusing on the Scottish tourism industry.

Scottish Tourism Week takes place every year pushing tourism very much into the spotlight of stakeholders throughout the country.

As part of the week’s activities I will be hosting a conference next Tuesday in Perth Concert Hall called ‘The Winning Years’ to talk about how businesses can maximise on the unrivalled opportunities to promote Scotland over the next three years, 2012 – 2014. The big events to take place offer immediate and sustainable growth to Scotland’s economy which is why they are so important.

You may have seen the press coverage on Friday announcing VisitScotland’s partnership with Disney Pixar on their new film – Brave?

Through initiating the conversations with Disney Pixar we have become the first national tourism organisation to work with them! The UK-wide film tourism market is worth £1.3bn and we know that one in five overseas visitors to the UK are inspired by images they have seen on TV and film. And whilst Brave is an animation it has been very much based on places visited by their animators when they visited Scotland.

This is the kind of opportunity for Scottish tourism businesses I’m talking about with the Winning Years. By partnering with Disney Pixar we have a chance to influence the way things happen and I’d urge businesses to start thinking about what this means for them locally.

This is the Year of Creative Scotland and funding has already been released to businesses throughout Scotland in a bid to develop our creative credentials and market these worldwide. The Queen’s Diamond Jubilee and the Olympics are still to come and I’ll be talking about all these opportunities more on the new VisitScotland blog launched this week!

So here’s to a productive and exciting Scottish Tourism Week. We’re united in one goal – to grow tourism for the benefit of everyone in our great country.

Prev Strengthening planning performance
Next State of the economy