BlogsScotland's EconomyMinister calls for Scotland’s distinctive needs to be met

Minister calls for Scotland’s distinctive needs to be met 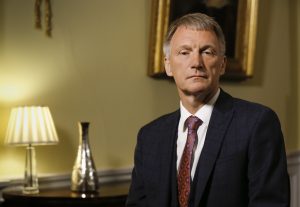 Trade Minister Ivan McKee has written to the UK Government repeating his call for it to pass all monies intended to replace EU structural funds to Scotland.

A copy of his letter to Scotland Office Minister Iain Stewart is below:

Thank you for meeting with me on Thursday 26 November to discuss the recent announcements made in the UK Government Spending Review regarding the development of the UK Shared Prosperity Fund (UKSPF).

As I made clear during our discussion, the EU Structural Funds which the UKSPF is set to replace, have been vital in supporting Scotland’s economic and social policy aims for decades and their replacement will be even more important as we begin the long road to recovery from the COVID-19 pandemic.

Despite repeated promises that the Spending Review would clarify how the UK Shared Prosperity Fund will operate in the UK, the UK Government has failed to provide the information we need to move things forward. In Scotland we are still no clearer on how the fund will be allocated, who will roll this out or if the Scottish Government will be involved in the next phase of development.

The transition funding programme – £220 million for the whole of the UK for next year is equally opaque as well as being a very modest amount of support for the whole of the UK compared to what would have been allocated from the EU programmes had we remained in Europe. It is difficult to see how this level could support viable projects of meaningful scale across the UK.

Scotland’s Barnett share of the £220 million will be around £18 million. In the EU, countries similar in size to Scotland will receive much more: Finland for example, has been allocated €135 million from the REACT-EU programme for 2021,1 a scheme which has similar aims to those of the transition fund. This is of course in addition to structural fund monies.

Whilst other EU nations are already well into the planning stages for the next structural funds programme, the information about how the UKSPF will operate across the four nations remains scant. We are to wait until the Spring for a UK wide investment framework to be published and even then we will not know all the details until the next spending review, which could be a year from now.

In contrast to the UK, the Scottish Government’s plans were developed in full partnership with a wide range of stakeholders including Local Authorities and the Third Sector. They were based on detailed consultation and reflect the concerns and issues that matter to Scottish people. We have also retained the input of our expert steering group who continue to support the development of our plans.

What is also concerning is the apparent commitment to use the DWP to lead the replacement for the European Social Fund (ESF) across the whole of the UK. This appears to ignore not only the devolution settlement and decades of Scottish experience in running ESF programmes, but also displays worryingly little awareness or understanding of the unique skills, qualification and policy landscape in Scotland.

There is an easy – and correct – answer to all of these issues and that is to devolve full replacement funding to the Scottish Government to enable us to deliver the plans that we published on 19 November.

It is past time that the UK Government stopped dismissing the legitimate concerns of the devolved nations about the replacement for the EU Structural Funds. We are not consultees but equal partners and should be treated as such. This should not be a difficult thing to do as it simply respects the devolution settlement. Not to do so on the other hand simply reinforces the widespread, and growing, perception across Scotland that the UK Government is not willing to respect the devolution settlement and is actively looking for ways to undermine it.

I look forward to engaging with you and other UK ministers in the coming weeks regarding these matters to ensure Scotland’s distinctive needs are met and the best outcome for Scotland is achieved.