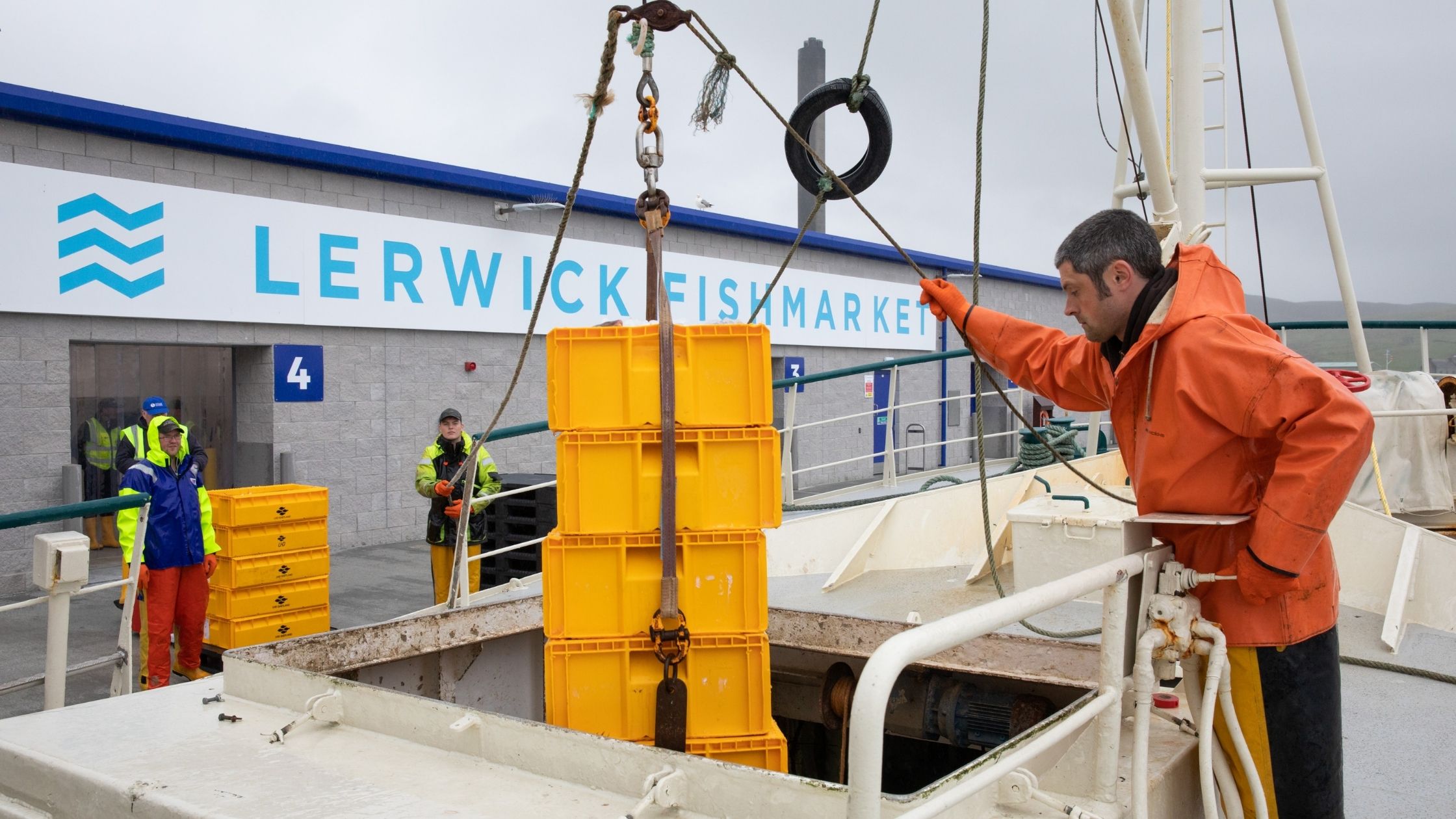 For Food and Drink Fortnight Marine Scotland is putting the spotlight on the seafood sector and how people have adapted their ways of working in light of the coronavirus (COVID-19) pandemic.

In the fourth part of the series we speak to Norma Williamson of Shetland Seafood Markets. Over the pandemic two new fishmarkets opened in Shetland, including Lerwick Fish Market which received £1.73 million funding from the European Maritime Fisheries Fund which is administered by the Scottish Government. Norma said:

Both fishmarkets were due to open April time but with COVID-19, work on the new markets had to stop.

When all this happened, we had discussions with the fishermen and the buyers and it was agreed to try and keep business going, so we continued to use the old market at Lerwick and an interim facility in Scalloway.

It was a really difficult few months with Europe closing down in front of us, processors shutting and a lack of demand from wholesalers. We decided that rather than flooding the market and not selling, we would put in some restrictions.

So in April time the fleet was split in two so that each group would only go out for 15 days for the month, and then during May they were divided into even smaller groupings to try and continue to manage the landings. By taking this approach we ended up with a constant supply rather than too much which I think worked fairly well.

Prices have been up and down, but on the whole, the fishing industry in Shetland, compared with other types of industries, has come out of this relatively ok. It’s not oversupplied and it’s keep things ticking so it’s still economically viable.

The work on the new markets managed to restart in June and the new facilities opened in August. They are fantastic and are about double the size of the older markets.

Both fishmarkets are great facilities which are long overdue. For example in the old Lerwick market, the despatch doors were open a lot of the time to make it easier for loading the trucks, as they couldn’t back up to the doors but now it’s all enclosed and brought up to modern and efficient standards. There are also visitor and staff welfare areas in the markets which we didn’t have previously.

For both markets we’ve got various restrictions in place to manage COVID-19 including physical distancing, hand sanitisers and we’ve also tried to make it that the fishermen/fish market operatives stay in the groups that they work in when they enter the market. You also can’t just turn up to the fish markets, you have to do an induction before you arrive.

It’s really good to see both new markets open and apart from the social distancing and the restrictions it feels like things are pretty much back to normal with the number of box landings we’d expect for this time of year.