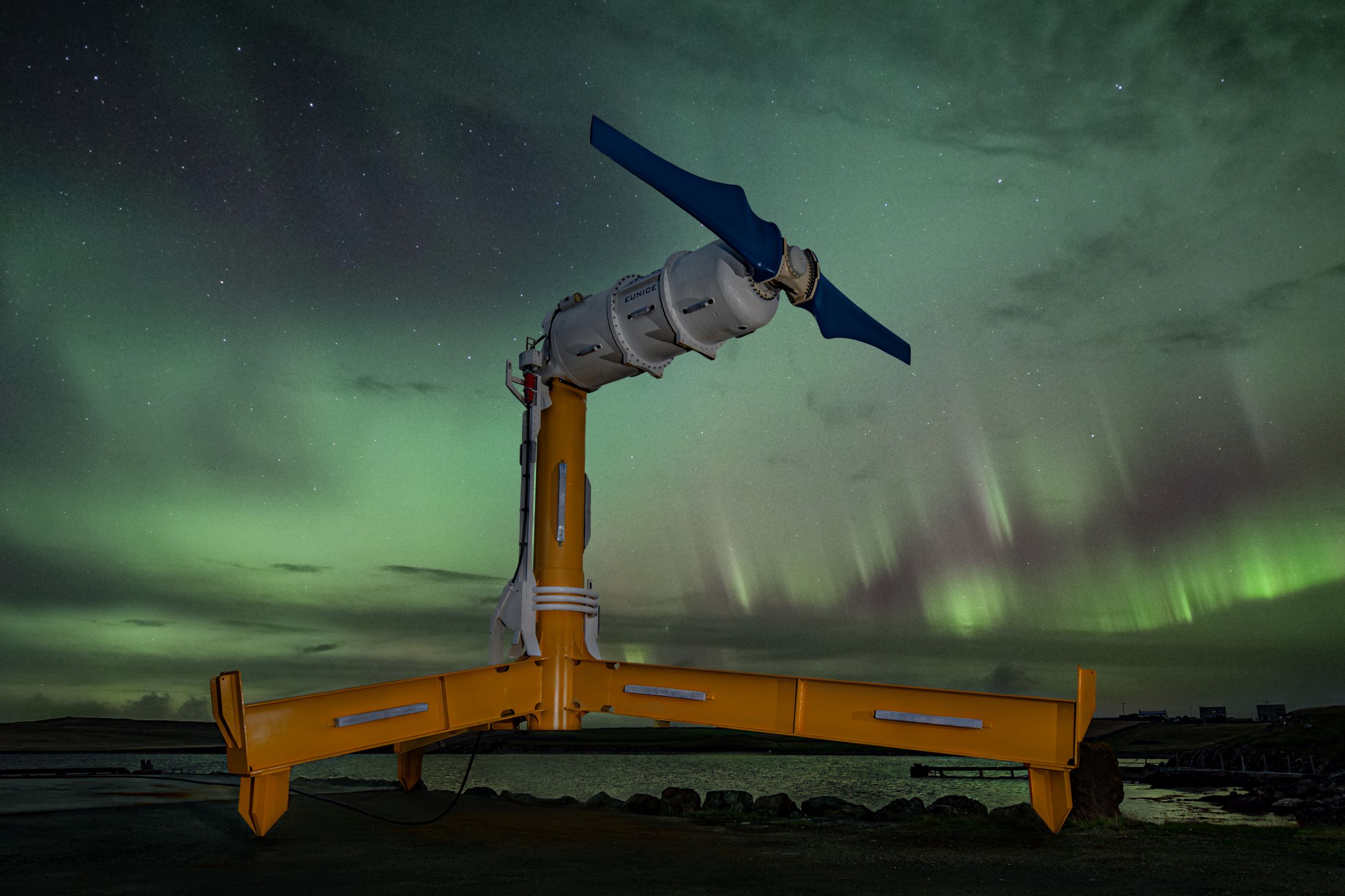 Scotland’s seas cover an area approximately six times the land area of Scotland and they can provide us with a largely untapped, sustainable and renewable energy source.

Tidal energy is an abundant, predictable and clean source of power that can be extracted from deep water, shallow water, estuaries and large rivers.

In Scotland’s Marine Assessment 2020, our recently published web portal looking at the state of our seas, one of the case studies – Case study: Nova Innovation – Shetland Tidal Array highlights the role tidal energy can play in reaching our net zero ambitions and showing just how much power can be generated by one tidal turbine.

In May 2014, Nova Innovation installed the first community owned tidal turbine in Bluemull Sound in the Shetland Islands. This trial deployment was a tremendous success, delivering Nova’s first tidal turbine, exporting enough power to the grid for 30 homes and providing vital information and data essential for scaling up this area of renewable energy.

With information gained from the trial, Nova Innovation deployed the world’s first offshore tidal array in 2016 at Bluemull Sound, and it has been supplying electricity to the grid ever since. The first three Nova M100 turbines with a combined capacity of 300kW were deployed in 2016 and 2017, and in 2018 Nova was granted permission to extend the array to six turbines.

In August 2020, the fourth 100kW next generation turbine with direct drive capabilities was added to the array. As part of continued research,  the turbines in the array will be moved around to gain information on optimal performance that will  inform the design of future arrays.

The turbines in the Shetland Tidal Array sit fully submerged on the seabed at a depth of 30-40m, so are not visible from the surface. Nova also carries out a comprehensive programme of monitoring to understand the effects of the turbines on the marine environment. To date, no negative effects have been detected.

Offshore renewable developments, such as tidal energy generation from Nova Innovation, play a vital role in helping to tackle climate change and contribute to the Scottish Government’s ambitious emissions reduction and energy strategy.

Main image: Fourth turbine in the Shetland Tidal Array, ‘Eunice’ with the Northern Lights in the background.

Second image: Eunice sitting at Belmont Pier in Shetland prior to deployment and commissioning in October 2020. Eunice is the first direct-drive tidal turbine in the Shetland Tidal Array, which is helping to drive down the cost of tidal energy.