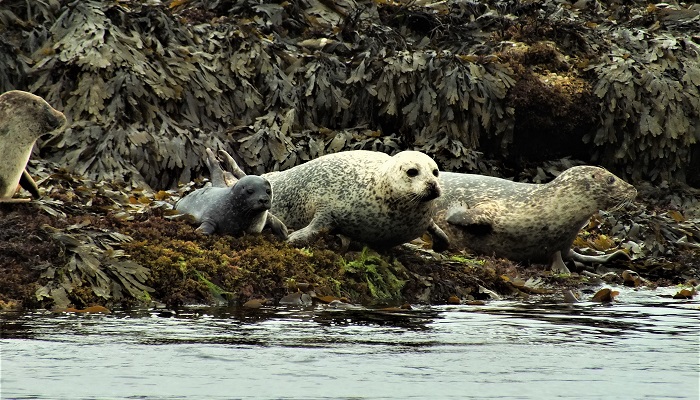 Scotland is well known for our diverse flora and fauna, both on land and in the sea. Some of the most iconic species seen around our coasts are seals. Scotland is home to a population of approximately 121,000 grey seals and 27,000 harbour (common) seals.

Haul out sites are where seals come out of the water to rest, moult, breed, and to have pups. Seals that are hauled out may be particularly sensitive to approach by humans whether from the land, sea or air and therefore caution is required in such circumstances. 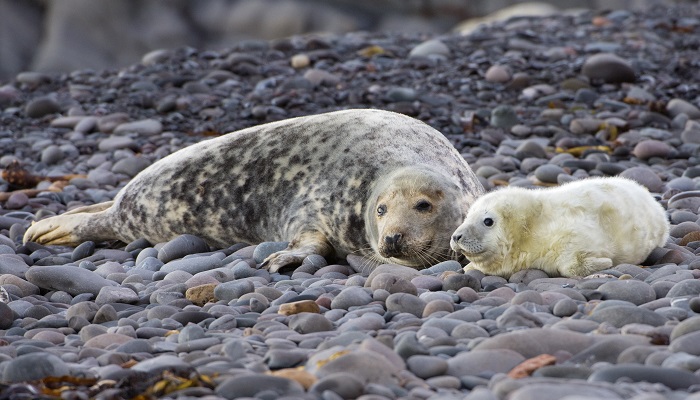 Section 117 of the Marine (Scotland) Act 2010 provides Scottish Ministers with the power to designate seal haul out sites. Following work between Marine Scotland and the Sea Mammal Research Unit (SMRU) at the University of St Andrews a number of sites were identified. A map of all 195 locations can be found here.

Under the Marine (Scotland) Act 2010 it is an offence to intentionally, or recklessly harass a seal at a designated haul out site. Marine Scotland has produced guidance which includes examples of actions that might constitute harassment and information on behaving responsibly around seal haul outs.

“We all love to watch wildlife, but we also need to protect it. We’re asking people to stay well clear of the seal haul out sites. At this time of year, harbour seals are just finishing their moult and grey seals will shortly begin pupping, so it’s a sensitive time for both species. Watching from a distance minimises disturbance and can give great views of natural behaviour.”

Seals rest on land to conserve energy, or for females to nurse their young. This is also time when the seals can regulate their temperature while they moult, either due to pups growing in their adult fur, or the annual moult of adults. Regulating temperature in water and swimming all expends energy. When forced to enter the water to avoid a perceived threat, seals are stressed and use additional energy. It is also a danger to new pups that may be injured or killed by adults in large groups that rush into the water. 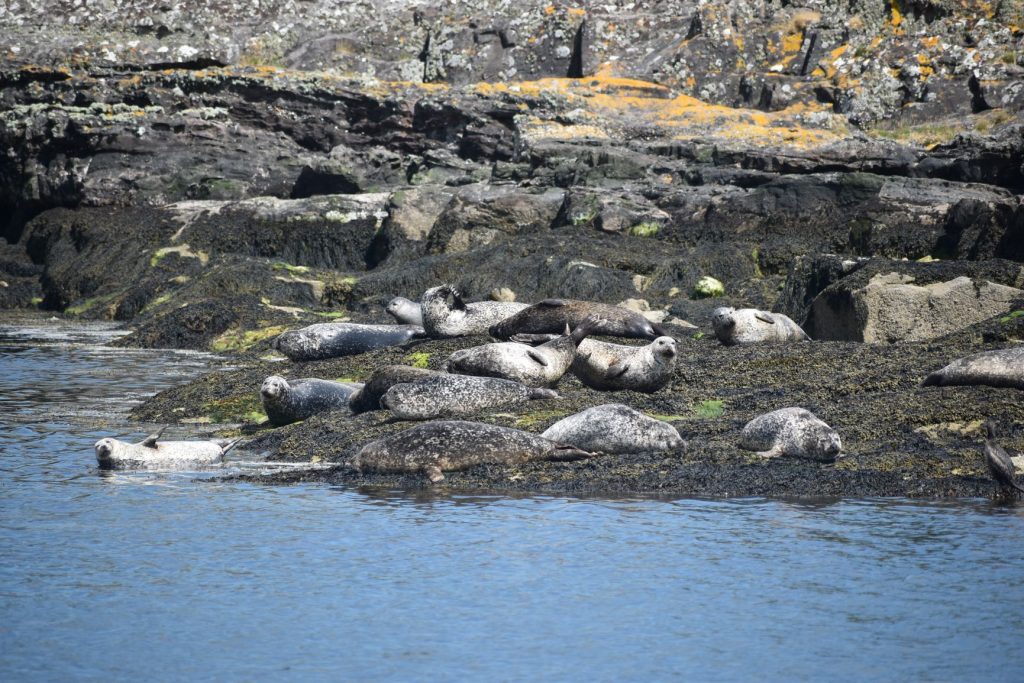 There are some body language cues that can let you know if you are at risk of disturbing seals. They have a three-stage response to perceived threats:

The world is going through so much right now and mental health is so important. Going for a walk on the beach gives you that dose of fresh air and daily exercise. Remember to do so safely for the animals that know those beaches as safe places. 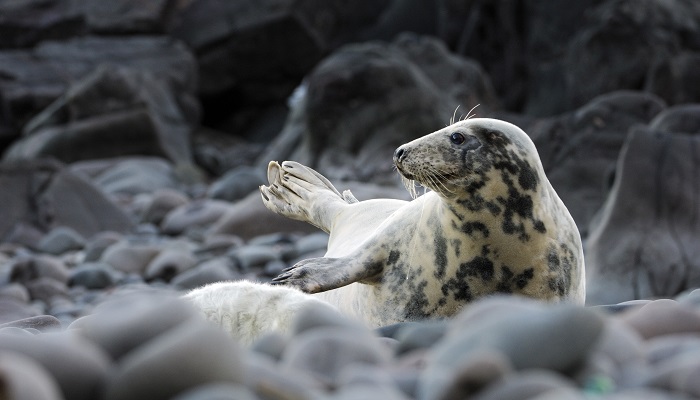 What is a designated seal haul out site?

A designated haul out site is any place, which Scottish Ministers designate as such by Order, after consulting with UK Research and Innovation (UKRI). These are identified as areas of consistent high density (hotspots) for harbour and grey seals.

What are the 195 sites designated for?

Additional sites are grey seal breeding colonies, used by this species specifically during their pupping season. All of these sites provide protection all year round.

Are there any times of year that are particularly sensitive?

Harbour seals usually give birth in early summer (June – July) and spend time ashore in August for their annual moult.

Grey seals give birth in the autumn (September – December) and stay on land for several weeks. Adults and pups leave in the spring once they have finished their moult and the pups have been weaned.

Details on intentional and reckless harassment can be found in the Marine Scotland document Guidance on the offence of harassment at seal haul out sites.

What should I do if a group of seals reacts to me watching them?

This is an early sign that the seals could be scared from their resting place. If you notice either steps one or two detailed above in the seal behaviour section, you should back away and review your approach.

What should I do if I see a seal that doesn’t look healthy?

You can contact Scottish Society for Prevention of Cruelty to Animals (Scottish SPCA) or BDMLR if you are concerned for the welfare of a seal.

What should I do if I suspect someone of committing an offence by harassing seals?

If you are concerned that you have seen someone commit a wildlife offence please contact Marine Scotland Compliance on 0131 244 2286 or via our website.  Alternatively you can contact Police Scotland on 101 or using their website.

What about other wildlife?

NatureScot’s guide to best practice for watching marine wildlife provides advice on wildlife watching on land and at sea.

What do I do if I find a dead seal?

If you come across a seal carcass, you should contact the Scottish Marine Animal Stranding Scheme (SMASS) via phone/text 07979 245893 or email reports@strandings.org

When you report a dead stranding, please try to provide the following information: