Since our last post in mid-October, we’ve been busily trying to finalise the Action Plan. We’re pleased to say we’re getting there, and we’re on track to publish it by the end of the month. The Action Plan includes some ambitious commitments which have the potential to make a real and tangible change in openness and transparency in Scotland.

Scotland’s first Open Government Steering Group was set up earlier this year to drive and shape the overall strategic direction of open government. We’re grateful to all the Steering Group members for lending their expertise, for challenging the commitments to be as ambitious as possible, and for their time and involvement so far.

At the second meeting in October, the group decided to set up pairings of government and civil society to help shape the commitments in the action plan. This was new for all of us in trying to work in partnership like this for the first time. We know it’s not perfect so we will be reflecting on the process as a whole, both at the next Steering Group and through a facilitated reflection process with external facilitators. We’ll publish a report of the learning – what went well, and what didn’t go so well. The hope is that this learning will help us improve the process for next time. 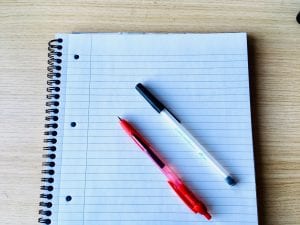 [image description is of paper and pens]

Collaboratively drafting a document is never easy, particularly when there are several government departments involved, a range of partners and individuals involved. Getting input to the commitments from Steering Group members, partners and policy teams is not a science so precise timings were difficult to predict, and the process at times feels uncertain and can be messy. Over the last month we’ve been taking account of everyone’s views and creating a clear action plan, with clearly articulated milestones and deliverables. We’re hoping to publish a draft shortly – more detail below.

What you need to know: key actions and dates

What does it mean to create an Action Plan?

What’s involved and why does it take many months to complete? Drafting an Action Plan includes activities such as the following:

Timelines in detail – what’s happening over the next couple of months?

Recap on timelines below. This information was first published early Oct on the Open Government network. It now includes timeline from end of November – December. Again, these are indicative only and are subject to change. We will make the network aware of any significant changes.

The Scottish Government will refine the commitments over the next few weeks. To do this, we will work with civil society representatives nominated by the Steering Group, in the agreed pairings. This process involves conversations via email or in person to aid the development of more comprehensive commitments. This is a new process, so we’re still working with the civil society members on how to achieve this most effectively.
Like any negotiation, the text of the detailed commitments is changing on a regular basis and needs to reach a point where it is practical and deliverable, as well as meeting the requirements of OGP before there is any point in circulating it widely.

There was clear feedback from the Steering Group on the aim to be ambitious in the commitments, so this process of finalising commitments is necessarily an iterative one which is taking longer than originally anticipated, so this is likely to continue until the end of October.

When the commitments are sufficiently detailed to be circulated in draft, we will aim to put the draft Action Plan out for public comment for a period of 2 weeks (mid-November) in order to ensure we can hear people’s views and feed them into the finished document.

We hope this will enable us to meet Scotland’s obligations to the OGP’s (already extended) timelines, for developing Action Plans. We will also continue to update OGP on time pressures, but it is of course important to have as good a process and plan as we can.

Once comments have been received, the Scottish Open Government Action Plan will then be submitted for approval to Cabinet. This will be followed by submission to the OGP.

Provided the Action Plan is approved by Cabinet, and the Open Government Partnership are happy with it, we will then create a more accessible, easier to read version of the Action Plan. This should be in Plain English, and we will explore alternative formats to make this as accessible as possible to the public. We will work with the Civil Society network to help shape what this looks like. We are hoping to formally publish the Action Plan, potentially with a launch event, towards Christmas or in the New Year.

We’ll then carry out a reflection process to document the learning – starting from the very beginning early 2018, right up to the official launch and publication. This will be open to anyone to contribute and we would be keen to hear reflections from anyone who has been involved or would have liked to be. We’ll share a report of all the lessons learned. The aim of doing this is to improve the process for next time.

We will have more to share shortly. In the meantime, please feel free to get in touch with us in the Open Government Team at Scottish Government at ingage@gov.scot, or the Civil Society Steering Group members and the network on the Open Government Network forum. It’s free and open to anyone to sign up or join discussions.

Prev Getting down to the nitty gritty: government and civil society working together
Next Draft Action Plan on Open Government – we want to hear your views