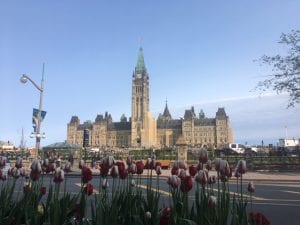 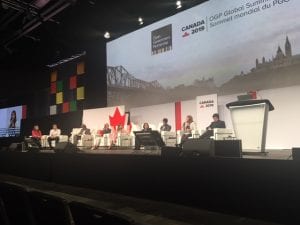 The open government team have spent this week in Ottawa, Canada at the global summit on open government. It would be impossible to summarise everything from our conversations with hundreds of people from across the globe and workshops led by reformers in government and civil society activists. So instead we’ve picked out top 10 highlights. These are the stories we think are important to share for Scotland. 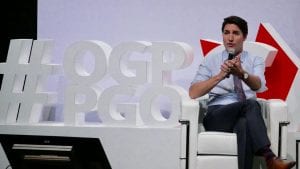 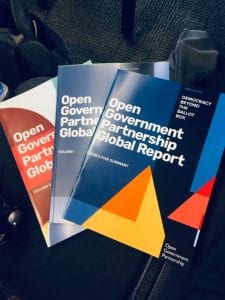 On the same theme, Audrey Tang, once a member of the open data community-turned-Digital Minister for Taiwan led a session on evaluation and monitoring impact of civic technology. Again, highlighting the importance of measuring successes and failures is a gentle nudge for us all to start taking this a bit more seriously. 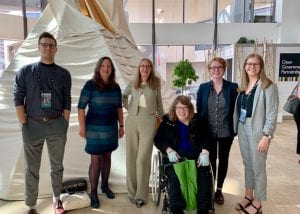 OECD have recently prioritised open government and deliberation which is enormously helpful for Scotland. Deliberation is also a big focus for OGP and new report that our Doreen Grove, Head of Open Government helped to co-author. http://live-ogp.pantheonsite.io/sites/default/files/Deliberation_Getting-Policy-Making-Out_20190517.pdf 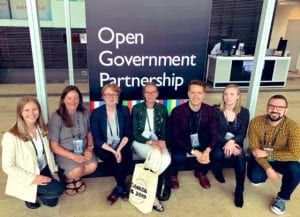 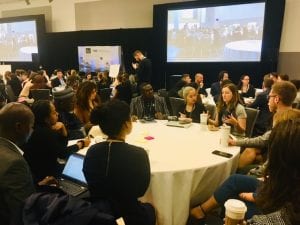 Participatory public services was the theme for one of the session we presented in. We’ll share our presentation soon, but what struck us as useful for you now was the example from the Philippines. Roel Blanker from Mahintana talked about their work creating participatory public services, which brings together government and civil society to monitor infrastructure projects. Watch the video of presentation here: https://drive.google.com/file/d/1lAilww7-V9ZM8KXtL6MVZhBWxgcmyzHJ/view ) They used an Open Data Kit with an online updatable records database, allowing people to submit photos of ongoing projects to help ensure accountability. They enabled people to comment on local government legislation drafting. Lastly, they set up a citizen satisfaction index survey and share the findings in new ways with interactive data visualisation. To us, this seemed like innovative ways of bringing people in, offering a variety of opportunities – from simply taking a photo of a building project in your local area, to commenting on legislation. All the info is available online to make it transparent, but they’ve also been thoughtful about how they make this technical information accessible by making it interactive and using data-visualisation techniques. We also liked that Roel dedicated time in 5 minute whirlwind presentation to tell us about how they are sharing the learning, which we agree this is very important. 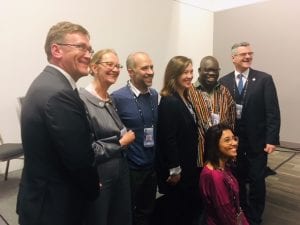 The OGP emphasis on gender equality, resonates well with the work going on In Scotland, such as the First Minister’s Advisory Council on Women and Girls. We’ve also got a commitment in our Open Government Action Plan to work with academics who focus on gender equality to assess our full action plan with a gender lens, seeing if there is a disproportionate advantage for either gender. 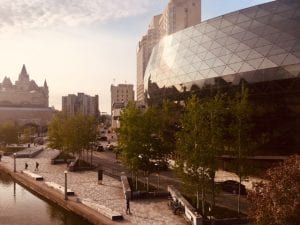 As you can imagine, there’s a lot we want to share. We’ll share more detail from our workshops that we ran, what we said and what we think Scotland can gain from this.

We hope you found this interesting and insightful, we’d love to discuss any of this further so do get in touch at ingage@gov.scot if you have any questions or want to know more. Also feel free to leave a comment on the blog or chat on Twitter @ScotGovOpen or #opengovscot

A new podcast is collecting stories from reformers across the globe, listen now: http://opengovhub.org/blog/5/2019/launching-open-gov-stories-a-new-global-podcast-series

You can see more from the event on our Twitter @ScotGovOpen 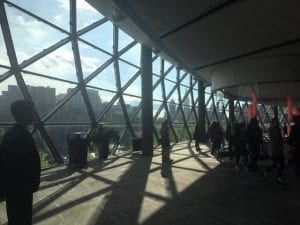