Top tips from Korea to Brazil, Japan to France. Reflections on an international week of democratic innovations in Manchester – and the biggest gathering of democracy fanatics I’ve ever had the pleasure to meet.

Thanks to David Attenborough, citizens’ assemblies hit the headlines a couple weeks ago. Speaking at the UK climate change assembly, Sir David’s presence highlights the rise in popularity of this new way of doing democracy. More and more are happening around the world; they are designed to involve people in finding solutions to the big problems facing us all. While there’s plenty of different formats for these kind of events often called mini-publics, what they all have in common is discussion and debate by people. A sample of the population, considering evidence and information, hearing each other’s views and making proposals or recommendations is part of political decision-making.

I’ve been working in this democracy space for a long time already, and feel I’ve become quite specialist. But it’s only been 5 years. Many more people have dedicated their entire working lives to this, long before I jumped on the bandwagon. 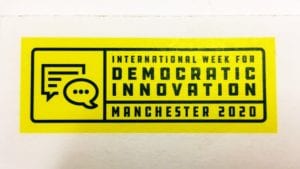 A global gathering of these experts, innovators, practitioners, advocates, public servants and academics happened last week in Manchester. Rarely do you get so much global experience in one room. Especially when it’s the people responsible for running deliberative projects from Canada to Korea, Brazil to Japan. It was a golden opportunity to share common challenges and to learn from good examples.

But what made it different from any other conference was a space to reflect. Together we looked critically at the global growth of this new ‘wave’ of democratic innovation and deliberative democracy. Is it just a passing trend or here to stay?

Research presented at this conference by OECD suggests a dramatic increase in the use of mini-publics since 2010 and looks to exponentially grow. I won’t dig into the results now because it will be published soon (watch this space!). Research like this is sorely needed; up until now data has been collected erratically. Spolier! The research shows us it’s a trend worth paying attention to. 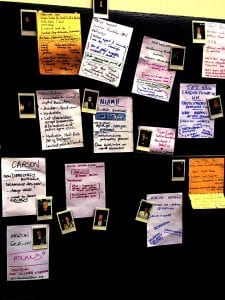 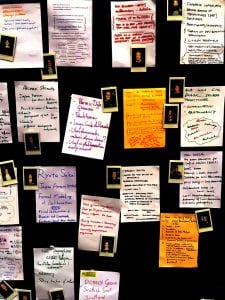 Images above: Polaroids of people, with their introductions to help you meet people from around the world

To bring these democratic innovations to life, here’s the best learning points I heard all week:

Lessons from around the globe: 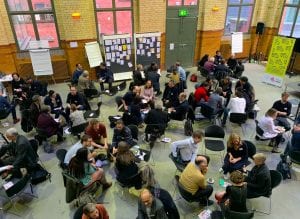 In Canada, France, Spain and Poland they’re making new kinds of democracy the new normal. This could be replicated the world over. As one participant challenged; ‘Governments have a choice to make – are they likers or leaders?’

Scotland is internationally recognised as innovative and progressive. We’ve seen citizen juries, participatory budgeting and now citizen assemblies. People across the world will be watching as we plan our upcoming climate citizen assembly. Nonetheless, it shows there’s still a long way to go. As a government we ask questions, use service design and user research to instil a culture of co-production. Scotland made leaps and bounds with the community empowerment Act. Open government commitments and values in our National Performance Framework guide our work.

For now, it seems Scotland is very much ‘on trend’. We are part of the ‘deliberative wave’ sweeping the world. But citizen assemblies are just one part of that; deliberative democracy has so much more to offer.

As I travelled home, I returned to thinking about how our digital team supports these new democratic innovations. I’ll be speaking about this next month at the civic tech TicTec conference in Iceland. I’ll keep working on this, and so will others around the world. From where I am, it looks like this fashion is here to stay.

Thanks to all the organisers for an excellent week in Manchester:

Simon Malzer, Public Involvement and Engagement Manager at NHS Lothian, shares some insight into the development of their new Framework…

Creating open, democratic spaces, where people can engage with each other on an equal basis

Putting the tea in teamwork

In the last year, tea (yes, tea!) has helped to initiate over 170 conversations between over 240 Scottish Government employee’s…