We conducted a survey aimed at the users of our service  to obtain feedback on what improvements could be made to the eDevelopment service, and its ePlanning and eBuildingStandards portals. The survey ran over a 3 week period from the 16th October to the 6th November, with 135 users responding  to a short series of questions based on previous feedback received from the support desk and stakeholder events.

It sought feedback from users on a wide range of issues, including asking for users’ views on improvements to the service they would like to see in the future. The survey highlighted key areas where we have performed well, but more importantly, also key areas where users feel that we need to improve. As shown in the analysis set out below, this feedback contained both positive and negative user experiences.

Thank you all for participating – this useful feedback will directly inform future updates and changes to the ePlanning and eBuildingStandards portals, and help us to improve the user experience of the eDevelopment.scot service. 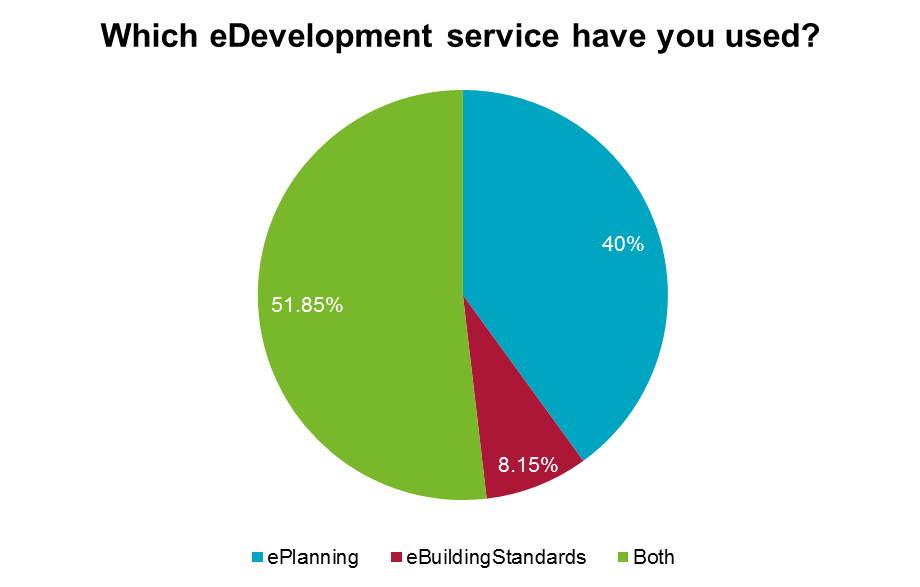 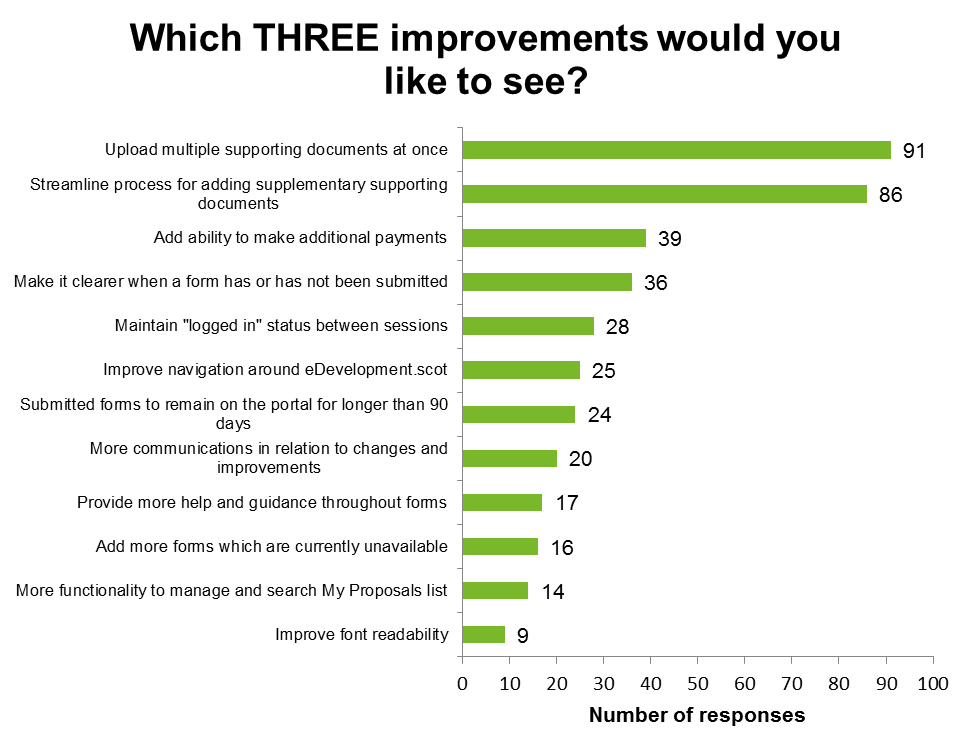 The survey asked each respondent to nominate three possible improvements from a list of 12 that they would like to see being taken forward. This list was developed from feedback received from various sources; notably through discussions with planning and building authorities, the local authority survey, and from users contacting the eDevelopment Support Desk.

Other popular improvements (in descending order) included having the ability to make additional payments through the service,  providing a clearer indication when a form has or has not been submitted, maintaining “logged in” status to the eDevelopment service between sessions, and improved navigation for users around the eDevelopment portal, and the retention of submitted forms on the portal for longer than 90 days. 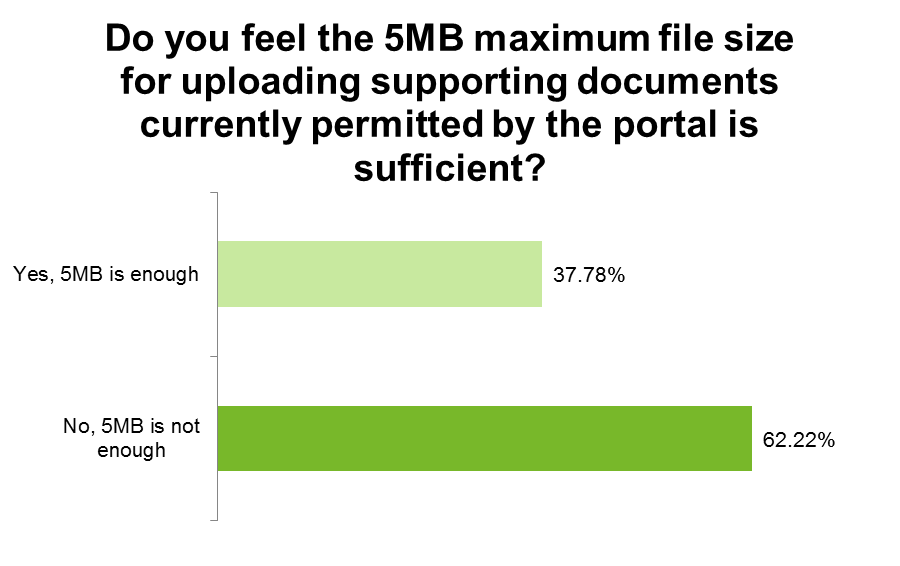 The majority of respondents felt that the current 5MB limit for the size of a single file was insufficient, with some 62% of respondents indicating that this should be increased.

Respondents were asked to describe the eDevelopment.scot service in three words. The words were analysed and allocated into three categories: positive, neutral and negative. Of these, there was an broadly even split between positive and negative words (around 37% of words used for each) with the remaining 26% of words described as neutral.

The words used by respondents are displayed in a wordcloud provided on the following page. Please note that the size of the word in the wordcloud reflects the frequency in which the words were used in the survey responses (i.e. big = more frequent, small = less frequent). 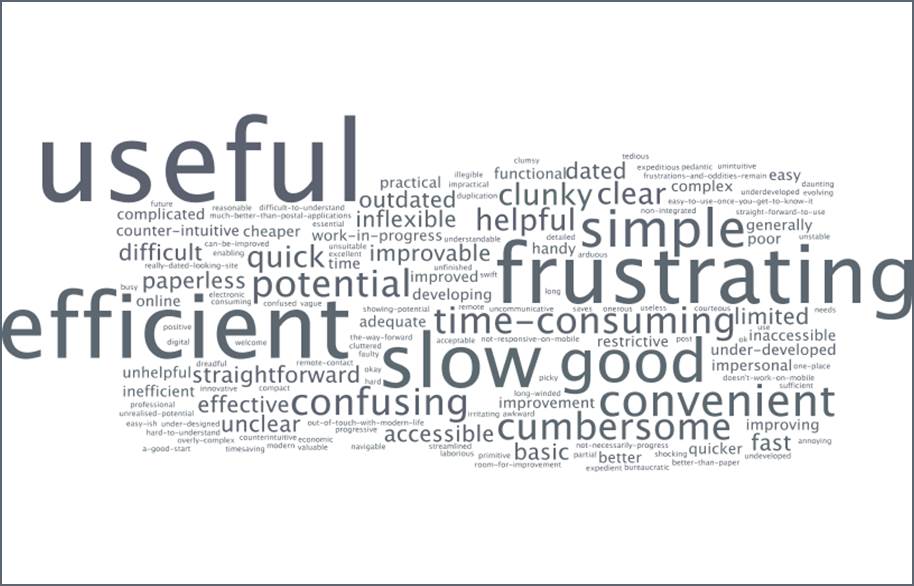 Question 5: Is there anything else you would like to mention to us?

14 respondents included feedback on the service and 16 set out a range of views on planning and/or building authorities’ processes and communications. Some of the responses given discussed wider issues relating to Digital Planning and Building Standards, and some also provided further detail on potential future developments for the service.

A broad summary of the comments and issues raised is set out below: