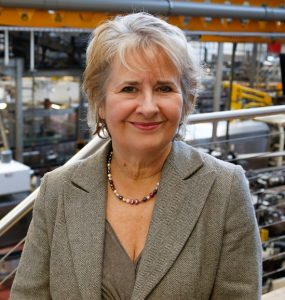 You may well have seen in the news that severe flooding in the south of Malawi – followed by the arrival of Cyclone Idai, which has also caused devastation across Mozambique and Zimbabwe – has affected over a million people, sadly resulting in loss of life and many tens of thousands of people being displaced.

The Scottish Government has committed £175k to help deliver critical work to secure water supplies and treat contamination in the immediate aftermath of the disaster.

As climate change will cause weather events like this to become more frequent, it is critical that we continue to offer support to the international communities which, despite having done little or nothing to cause this problem, are often the first to be affected.

Tragic events like this illustrate the very real and that urgent threat that climate change poses, both home and abroad.

The Scottish Government takes the threats posed by climate change very seriously. That is why we have published a Climate Change Bill that includes the strictest targets in the world for 2020, 2030 and 2040 and will mean Scotland is carbon neutral by 2050. But we also need to be ready to adapt to the changing climate.

There are many positives in the report, which highlights that many of our policies and actions have progressed since the Adaptation Committee’s first assessment in 2016. Notable progress has been made managing current and future climate risk, particularly on peatland restoration, actions to increase marine resilience and an improved understanding of the number of people in Scotland living in areas at flood risk.

The report also provides a number of recommendations for our next five-year programme. These, together with the responses to the Climate Change Adaptation Programme 2019-2024 consultation, will inform our plans ahead of its publication later in the year.

The consultation is open until Tuesday 9th April and, if you haven’t already done so, I would encourage you to share your views on how we can work together to continue to strengthen our approach to climate change adaptation.

Ahead of COP26, I was privileged to go on a Virtual Visit to the village of Mangamba, to meet with…

Honey bees are part of both our Scottish agricultural landscape and our environment. As well as the production of honey…