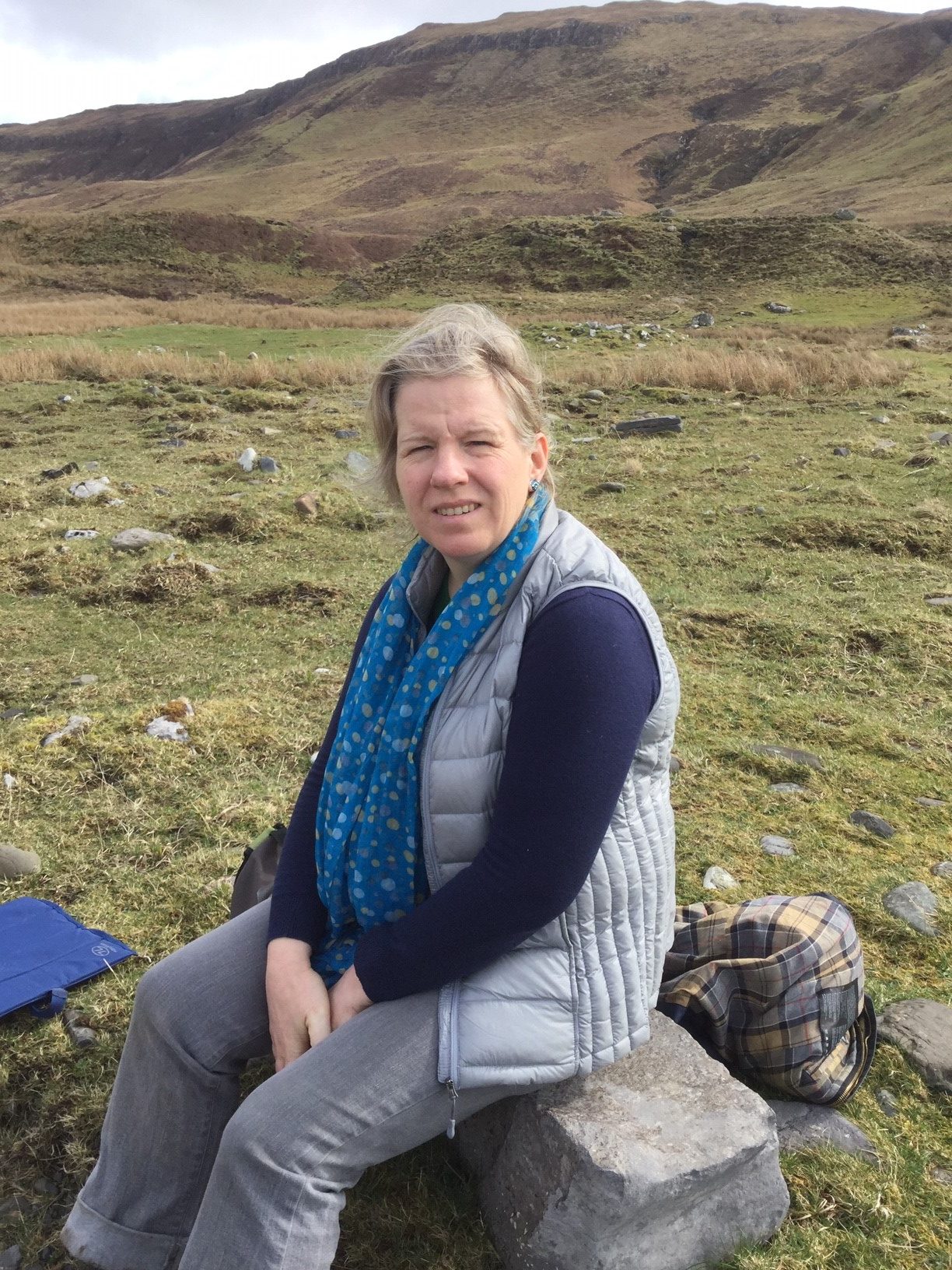 What is your role and what do you do?

How does your day to day role incorporate science?

Science is crucial to it. We focus very much on making policy based on the evidence that we gather. A lot of that evidence is scientific evidence, it is not all scientific, but a lot of it is. So using science to work out what’s going on, to analyse it, and then to draw conclusions and work out how to make things better is fundamental.

How did you get onto this career path?

I always wanted to be a vet. That was never in any doubt from age four or five. That was only ever strengthened by James Herriot, who came along a little bit after that. My parents thought I was crazy. They kept telling me I should be a doctor, and I’d earn more money and stay cleaner probably. My granny told me I’d never be a lady if I insisted on sticking my hand up cows’ bottoms, but I never wanted to be a lady anyway.

Being a vet is something I always wanted to do. Becoming a government vet was a bit more haphazard. It was a set of circumstances and opportunities that came my way. At the time I thought, why not give it a go, and took on a government role thinking it was a stop gap between two different practice jobs. One of the practices was then sold and I realised actually, I really enjoy it. And so it went from there.

Do you come from a farming background?

Sort of. My grandparents were crofters – my family on my mother’s side. Granny was from Stronsay in Orkney, and Granddad was from Fair Isle. On my father’s side, it was Brechin and a couple of generations back there were farming connections but Granddad was in the army. I spent every holiday I had on farms with various assorted friends and relations, and I just loved it.

What are the things you most enjoy about working in science?

I’m feeling that I’m making a difference. I like the science bits, some of the bits that are more corporate in nature but there are some bits of my role that are less enjoyable. But where I feel I can make a difference are in areas like disease control, disease prevention, the human health side of it, that all really makes a difference.

When I was in practice, there was often instant job satisfaction. Because when you went out to a farm, you calved the cow or you took blood samples to find out what was wrong. By the end of the day, you’ve done what you could, even if it was pinning a dog’s leg, spaying a bitch or castrating a cat. You knew what you had done and you went home thinking well, I achieved X, Y and Z.

Now there are days when you think what on earth have I achieved, but actually, it’s longer term, but it’s at a population level rather than an individual animal level usually. For example, five years ago, our Bovine Viral Diarrhoea (BVD) prevalence was north of 40%. Now it’s less than 6%. So that’s made a huge difference to a large number of animals.

What are the challenges?

The same challenges as everybody else. We struggle to have enough vets, particularly enough vets who are looking to do government work. Brexit has been a real challenge, because it has increased demand and, at the same time, reduced resource.

We’re in the middle of an avian influenza outbreak, the like of which we’ve never seen. And of course, COVID has implications for animals, you have probably seen reports of COVID in ferrets, or big cats. People were very worried about what the impact would be if they kept animals and how they might be affected. So the team has had a lot to do with that as well. So it’s very varied but it’s all still ongoing.

Being a female vet, have you experienced any challenges at all?

It’s a difficult one to answer. I experienced challenges, but I’m not sure whether they were because I was a woman, or because I was young – I was 22, or even because I was new to the practice. There were people who said, “I don’t want to see you, I want to see Keith”, who was the practice manager. But I was never quite sure why. I couldn’t have said it was particularly down to gender. And actually, most of them were reasonable, so if you did the job and you did a reasonable job, they were more than happy to see you a second time.

I did have problems in one practice I worked in when I was pregnant because there are certain activities that are not a good idea to undertake if you’re pregnant. Activities such as lambing sheep – where there are nasty diseases, taking x rays or working around inhalable anaesthetics which can also be detrimental to pregnant women.

So I was doing long term locum at that time and my boss said, well, actually, I’m not sure I want to employ you for the next few months. But I had a huge degree of sympathy with him for that because when I was working, it was so that he could have time off. So if he still had to be there to do the things I couldn’t, then it was difficult. So we parted on amicable terms. I arranged my own maternity leave and maternity cover as a locum and went back afterwards.

So to an extent, yes, there were problems, but they weren’t unmanageable. And if you’re positive yourself about how you deal with them, you can usually get around them.

I think getting BVD prevalence down has to be up there. But I also took as a real compliment when we had the bovine spongiform encephalopathy (BSE) case, a couple of years ago, one of my CVO colleagues said to me, Sheila, you were so boring on that subject, you made it go away and everybody lost interest. That was really good actually, because it could have been a real nightmare. Yet, just by presenting the evidence and the facts, trying to be calm and reassuring, it wasn’t the media storm that it could have been. So I’m quite pleased with that one.

And on a personal level, I was awarded an Fellowship of the Royal College of Veterinary Surgeons just over a year ago. That really has made me very proud and honoured and humbled and all these other things.

What advice would you give to women or girls wanting to start a career in science?

Go for it! It’s hugely rewarding. I’ve never regretted it. I love what I do most of the time. You’re never going to get a job that every day, every minute you love, but I love this job more often than not. I think you need a passion for it.

If you’ve got a curious mind, if you’re interested in what’s going on, then there are huge opportunities there, grab them, take them. And at the end of the day, if it doesn’t work out, you can do something else. You’re not going to be tied to it forever. So take it, try it, run with it, and evaluate once you’ve given it a fair go.

In your opinion, why is it important that we mark this day?

I think it is really important. 50% of our population are women and girls and yet they are underrepresented. You wouldn’t field a team leaving half of your best players on the bench in any sport or anything else.

So we should be talking about working in science and encouraging people to think about it and to be open and receptive to the challenge. It won’t be for everybody. Some people will just decide, no, I don’t want to. But there may be people out there who are considering it and just need that little bit of encouragement to know they can do it. Of course you can, if you want to go for it, there are plenty of other women and girls and men who will support you in that choice.

But a career in science is not just about women and girls, it’s just that women and girls have traditionally been underrepresented. But it should be any young person who’s thinking about it, for them to know that there is support from their peers and from those who are already doing it. They should be encouraged to go for it.