May 28, 2015 by Roseanna Cunningham MSP No Comments | Category Economy, Employment 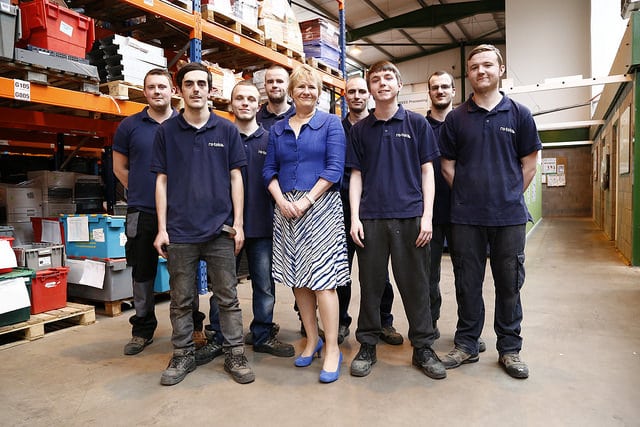 Scotland had 2,558,800 people in employment in 2014, the highest since comparable records began in 2004 and the lowest ever number of 16 to 19 year olds not in education, employment or training.

This is a remarkable set of figures that demonstrates that the work the Scottish Government is doing to improve employability and get more people into work is making a real difference to the lives of Scots around the country.

The recent monthly ONS Labour Market Statistics have also consistently told us that we are seeing improvements in youth and women’s employment and today’s publication captures these changes very well indeed. A decrease in underemployment also shows that people are not just finding jobs, they are finding the jobs that work for them, which is incredibly important too.

While today’s publication is very positive for Scotland as a whole, there are obviously areas where further work is needed. The most recent quarterly figures also showed a small rise in the number of people actively looking for work and yet to find a job.

Much of that change seems to have been caused by people – mostly women – becoming economically active, in other words looking for work, whereas previously they weren’t. And while this suggests re-entering the labour market is becoming a more attractive prospect for more people which is good news, it of course underlines the fact there is absolutely no room for complacency when it comes to continuing our drive to create high quality jobs across the country.

We will continue to use all the levers at our disposal to help even more people into work and drive the economy forward.