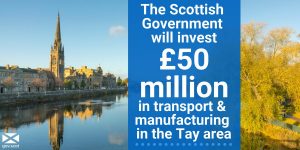 The First Minister announced an additional £50 million investment in the Tay cities area to support manufacturing, businesses and the delivery of the Cross Tay Link Road. 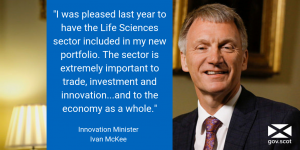 Innovation Minister Ivan McKee led a debate in the Scottish Parliament on the importance of the Life Sciences sector to Scotland.

Supported by £1.9 million of funding, the National Decomissioning Centre of Excellence launched this week. Opening the centre, Scotland’s Energy Minister Paul Wheelhouse said it will “cement the country as the place for decommissioning expertise.” 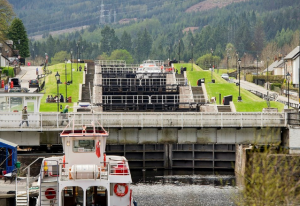 Through Scottish Government funding, including an additional allocation of £5.35m made available to Scottish Canals in November 2018, critical repairs will commence on the Caledonian and Union Canals on 14 January 2019.

Transport Scotland has awarded contracts on two multi-million road infrastructure projects worth a total of £59.1 million this week.
Contracts to construct the £49.5 million Haudagain Improvement scheme and the £9.6 million Berriedale Braes project on the A9 were awarded to Farrans Construction Ltd and R J McLeod Ltd respectively.
Read more

Prev This Week: 04/01/2019
Next A Fairer Economy: Enabling Scotland’s skills for the future