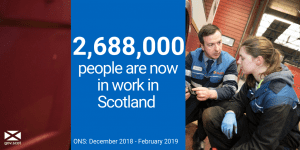 First Minister Nicola Sturgeon addressed the 122nd annual STUC congress this week. The First Minister’s speech set out the Scottish Government’s support for fair work and the economy in the face of EU exit uncertainty. 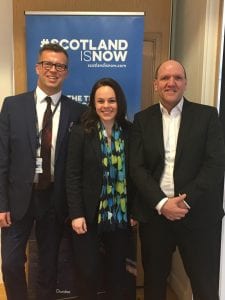 Connectivity Minister Paul Wheelhouse visited the National Electricity Control Centre to help support a wider understanding of our work to manage the electricity network in Scotland.

A major infrastructure contract to improve the vital South West A77 route has been awarded and will bring added economic benefits during construction, national transport agency Transport Scotland has announced.

Wills Bros Civil Engineering Limited has been awarded the £31.5m construction contract to build the Maybole Bypass on the A77.

“The local community will benefit from opportunities created for small and medium enterprises to bid for subcontractor roles and the provision of at least four vocational and seven professional, site-based training opportunities. The contractor anticipates that the project could employ up to 165 people, during the months of peak construction activity, a number of which are created by the project.”

Read more on the new A77 route 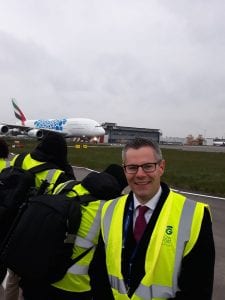