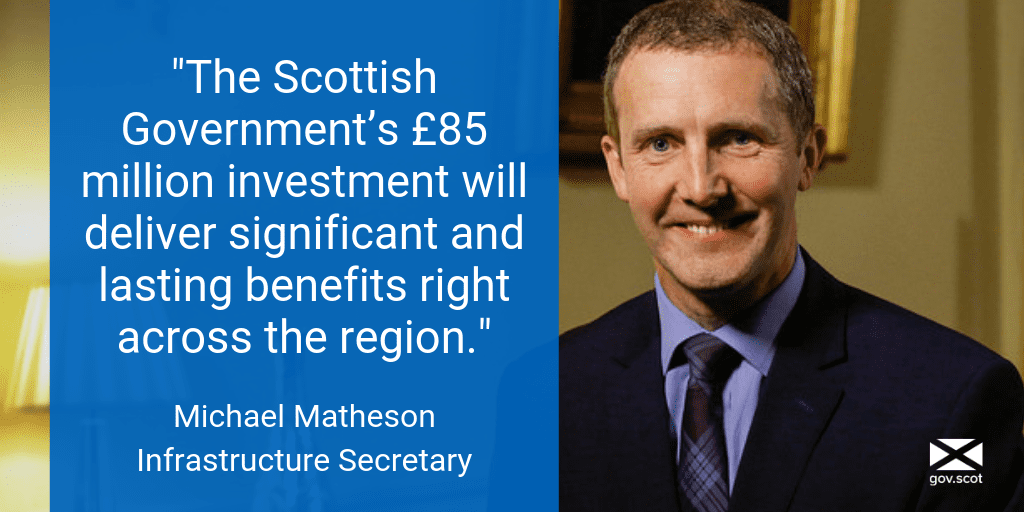 Infrastructure Secretary Michael Matheson has signed the Heads of Terms agreement for up to £85m Scottish Government investment in the Borderlands Inclusive Growth Deal.

The signing of the agreement, which took place at the Mountain Bike Centre of Scotland at Glentress in the Scottish Borders, is a major step towards the funding of projects and programmes put forward to the Scottish Government by the Borderlands Partnership.

Scottish Government investment includes £31 million to transform tourism, £15.5 million to develop business infrastructure, £20 million to enhance quality of place, £7 million for skills, £6.5 million to support innovation in key rural industries and £5 million to explore the potential to extend the Borders Railway. The investment will be used to support activities across the South of Scotland.

The UK Government has also committed to invest up to £65 million in Scotland which will see a combined investment value of up to £150 million in the Scottish element of the Borderlands Growth Deal.

“I am delighted we have reached this important milestone in signing Heads of Terms for the Borderlands Deal. Successful delivery of the deal will create jobs, protect existing ones and extend the benefits of economic growth to even more communities across Scotland.

“Alongside the establishment of a new enterprise agency for the south of Scotland, and activities of the South of Scotland Economic Partnership, the Scottish Government’s £85 million investment will deliver significant and lasting benefits right across the region.

“The Scottish Government has so far committed more than £1.7 billion over the next 10 to 20 years to City Region and Growth Deals and related investments across Scotland.”