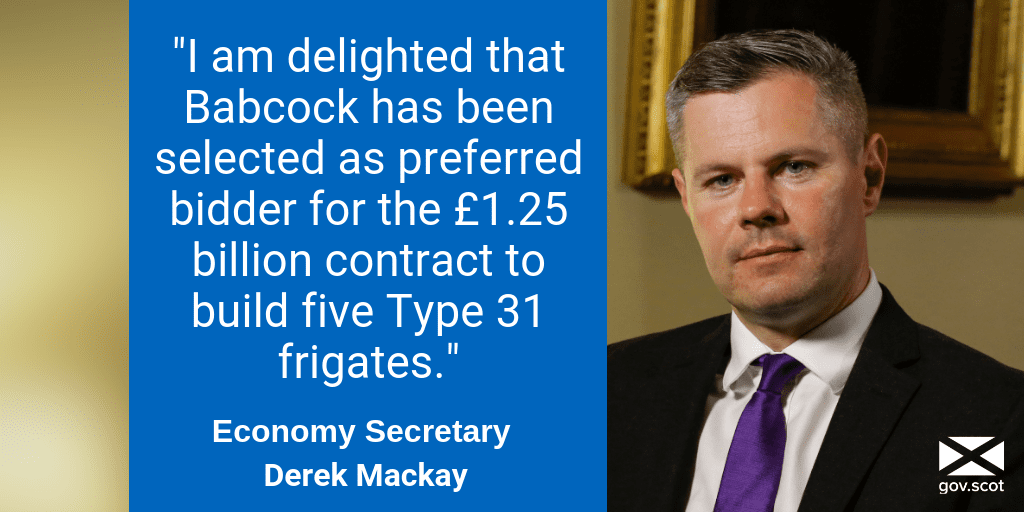 “I am delighted that Babcock has been selected as preferred bidder for the £1.25 billion contract to build five Type 31 frigates and look forward to working with them to maximise the benefits for Scotland, Rosyth and our supply chain.

“This contract will secure work at Rosyth for the next decade and the awarding of this contract is a testament to the skilled workforce and expertise which we have in Scotland.

“I have spoken with Babcock this morning to assure them they have the full support of the Scottish Government.

“Once the final details of the contract are announced,  we look forward to discussions on the role that Ferguson Marine could play alongside other suppliers in Scotland.”