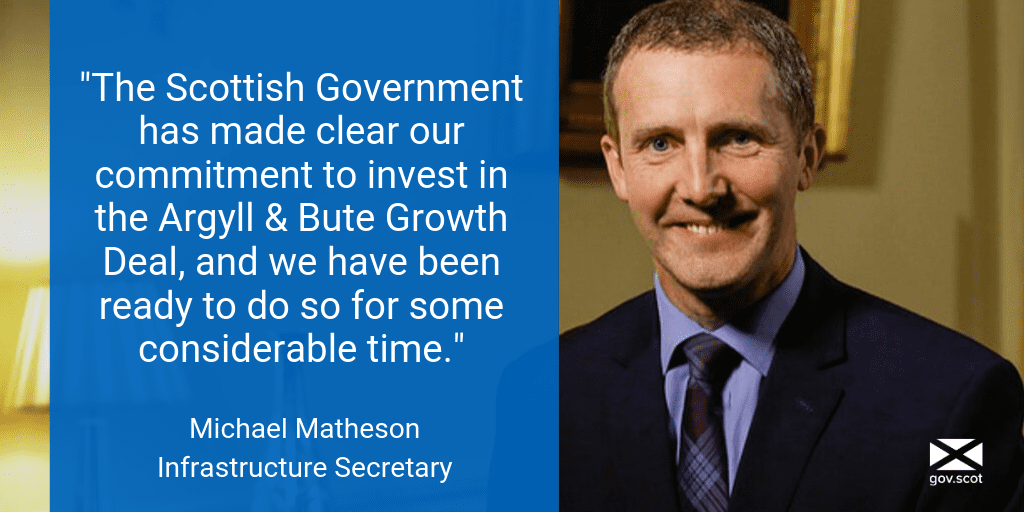 “The UK Government is simply re-announcing money that has already been committed.

“The Scottish Government has made clear our commitment to invest in the Argyll & Bute Growth Deal, and we have been ready to do so for some considerable time.

“On the basis of our 50:50 approach to funding growth deals, we will of course match the £25 million announced by the UK Government – adding to the £1.8 billion we have committed to City and Growth Deals, and associated regional investments, across Scotland.

“We will continue to help our Argyll & Bute partners develop and refine the projects they think will have the transformative effect on the local economy that we all want to see.

“We will announce a Heads of Terms agreement shortly, which will outline the projects that will be supported by this joint investment.”