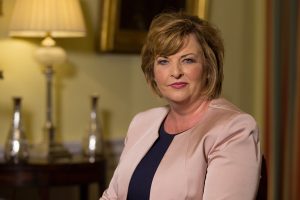 Presiding Officer, the Scottish National Investment Bank was launched by this Government on Monday 23 November and I am pleased to outline to parliament how the missions set for the Bank will help direct investment towards addressing major challenges facing Scotland.

In the months prior to launch the Bank has; secured state aid approval from the European Commission, advertised and recruited the Board and expects to have 60 staff members in place by the end of year one including all senior executive team members.

The Bank continues to develop their investment pipeline and will be funded with £75 million for investments for the remainder of the year and £200 million for next year.

This launch, which has been delivered on time despite the significant complications arising from the Coronavirus pandemic delivers on our Government’s commitment to establish a national investment bank to provide the patient and growth capital that the Scottish economy needs for the future. It is the single biggest economic development of the lifetime of this Parliament and I thank MSPs for supporting it unanimously.

We couldn’t have predicted when we started this process three years ago just how much we would need the Bank today. With the economic shock facing us, and the kind of recovery we need to make, the Bank and its ability to offer patient capital will feel more crucial than ever. So too will its ability to work with our enterprise agencies and the private sector in supporting businesses to recover and grow in Scotland.

As legislated in the Scottish National Investment Bank Act, the Bank will adopt a mission-oriented approach when providing finance. The missions have been set by the Scottish Government and address the “grand challenges” facing Scotland – the issues we know we must face to build a sustainable future for Scotland.

The mission-oriented approach for the Bank has been in development for a long time. Working with international experts Professor Mariana Mazzucato and Laurie Macfarlane at University College London’s Institute for Innovation and Public Purpose, we developed a mission-oriented framework for the Scottish National Investment Bank.

This has helped translate the grand challenges into concrete Missions which :

Alongside this Framework, stakeholder engagement, the illustrative missions in the implementation plan, responses from the parliamentary procedures, government policy priorities and the National Performance Framework have informed development of the missions for the Bank.

From the outset of the work to establish the Bank the missions have been a constant measure in ensuring the Bank provides the greatest benefit to Scotland and aligned with the economic priorities of the Scottish Government, and opportunities for Scotland.

It has been important to consult widely on the missions – this has after all to feel like Scotland’s Bank. Through this, a more wide reaching range of missions were proposed and subsequently supported.  These revolved around;

These themes were further supported through broader engagement with stakeholders while considering other policy priorities throughout the development process of the Bank’s missions.

Finally, the Scottish Parliament has been instrumental. Not only in providing unanimous support for the Act which established the Bank, but also recently on the Missions, presented to both parliament and the public in late August for final comment.

I am now pleased to announce that the final missions were communicated to the Bank yesterday through a letter addressed to the CEO of the Bank, Eilidh Mactaggart.

Let me set them out in turn.

The primary mission of the Bank will be a Net Zero Mission to address the climate emergency through making investments around;

“Achieving a Just Transition to net zero carbon emissions by 2045”

“Invest in rebalancing our economy towards leadership in sustainable technology, services and industries.”

The net zero mission of the Bank aligns and supports the policies of this Government to deliver a sustainable green economy outlined in both our Programme for Government and the Climate Change Plan.  Helping to drive investment into innovative sectors and companies tackling climate change and offering patient capital to help facilitate the development of new technologies essential in addressing the climate emergency.

The second mission of the Bank, its Place Mission, is focused on developing place-based opportunity throughout Scotland.  To achieve this, the Bank’s mission is to make investments to support:

“Extending equality of opportunity through improving places by 2040”

“Invest in places and regeneration to reduce inequality and improve opportunities and outcomes for people and communities.”

This mission will allow for investment in the kinds of places people want to live and work in, ones which are good for health and wellbeing, and which involve the local community. This mission will help support the good work being carried by the Empowering Communities Programme and the More Homes Scotland approach to name a few.  Place-based investment will reduce inequality and improve opportunities through increased availability of housing options, secure employment, education and commercial prospects.

The final mission of the Bank, its People Mission, seeks to address the demographic change Scotland is experiencing now and will experience in the coming years.  This isn’t just about demography and ageing populations, but about helping our people adapt to a changing world. So this mission asks the Bank to make investments in line with;

“Harnessing innovation to enable our people to flourish by 2040”

“Invest in innovation and industries of the future for a healthier, more resilient and productive population.”

This mission and the Bank’s investment in innovation is an opportunity for businesses and organisations to increase productivity, and to raise skills levels in the economy.  Innovation is essential in achieving all missions outlined for the Bank with new and developing technology at the heart of driving the response to climate change and the inequality of place-based opportunity.

The Bank’s inaugural investment of £12.5 million to M-Squared Lasers perfectly illustrates the mission-oriented basis of the Bank in looking beyond only financial returns and towards social and environmental returns through investment in the innovative companies of Scotland.

These missions represent the directions that the Scottish Government would like the Bank to focus their investments in order to provide finance and act to catalyse private investment to achieve a step change in growth for the Scottish economy by powering innovation and accelerating the move to a net zero emissions, high-tech, connected, globally-competitive and inclusive economy.

These missions are not in place to constrain the Bank’s activity.  Ultimately the Bank will be required to invest in opportunities in line with its vision, objects, missions and ethical standards. Therefore, the missions should be viewed as part of a wider picture of the Bank’s governance, rather than in isolation.

The Act further requires that Ministers lay before Parliament a statement describing how the consultation influenced the content of the document sent to the Bank.  This document is in development and will be laid before Parliament later this month.

The Bank will measure its performance against a Balanced Scorecard, as set out in the Act. The balanced scorecard will capture the environmental, economic and social impact of the Bank’s investments, as well as its financial performance.

It is important to note that it will take time for impact to be evidenced against the Bank’s activities. The long-term nature of the missions means that social, economic and environmental returns should not be expected shortly after the Bank has been vested. The Bank will be expected to deliver these impacts in the medium to long-term.

And of course, these are the Bank’s first missions. The Act requires the Government to review the Bank’s performance at least every five years, reporting back to Parliament and the public.

The same consultation process will apply if the Government proposes to modify or end any of the Bank’s missions, or set new ones, to reflect changes in the economy, the market, or the focus required to address the grand challenges.

The COVID-19 pandemic has caused a huge health and economic shock to Scotland.  The Scottish Government set out a four-step plan to respond, reset, restart, and recover for the economy. While the initial economic shock of COVID-19 is expected to be shorter term than the long-term nature of the Bank’s mission-oriented investment objectives, the Bank is expected to play a key role in supporting Scotland’s recovery by delivering patient and sustained investment.

In this, the Bank will work closely with established agencies, in particular with Scottish Enterprise. There have already been very constructive discussions between the two on their areas of collaboration, and in particular on ensuring that businesses in Scotland have access to the right support, advice and investment at every step on the way to recovery and growth.

But if anything, the immediate impacts of COVID-19 underline the need for the Bank and support the adoption of a mission-oriented investment approach in the medium to long-term. The climate emergency, place-based opportunity and demographic change represent compelling challenges now more than ever.

The Bank is uniquely placed to work towards addressing these challenges through providing patient capital to support long-term economic growth in tandem with the business community and public sector partners. Therefore, the Bank’s mission-oriented approach provides a unique opportunity to influence the direction of economic recovery in the long-term interests of the people of Scotland.

My thank you goes once again to the chamber for their unanimous support in establishing this institution of our national economy and in helping us set the direction for it.