Change in gross domestic product (GDP) is the main indicator of economic growth in Scotland. The latest Gross Domestic Product release, covering the period July to September 2016, shows that total output in the economy grew by 0.2% compared to the previous three months. On an annual basis, compared to the third quarter of 2015, Scottish GDP grew by 0.7%. 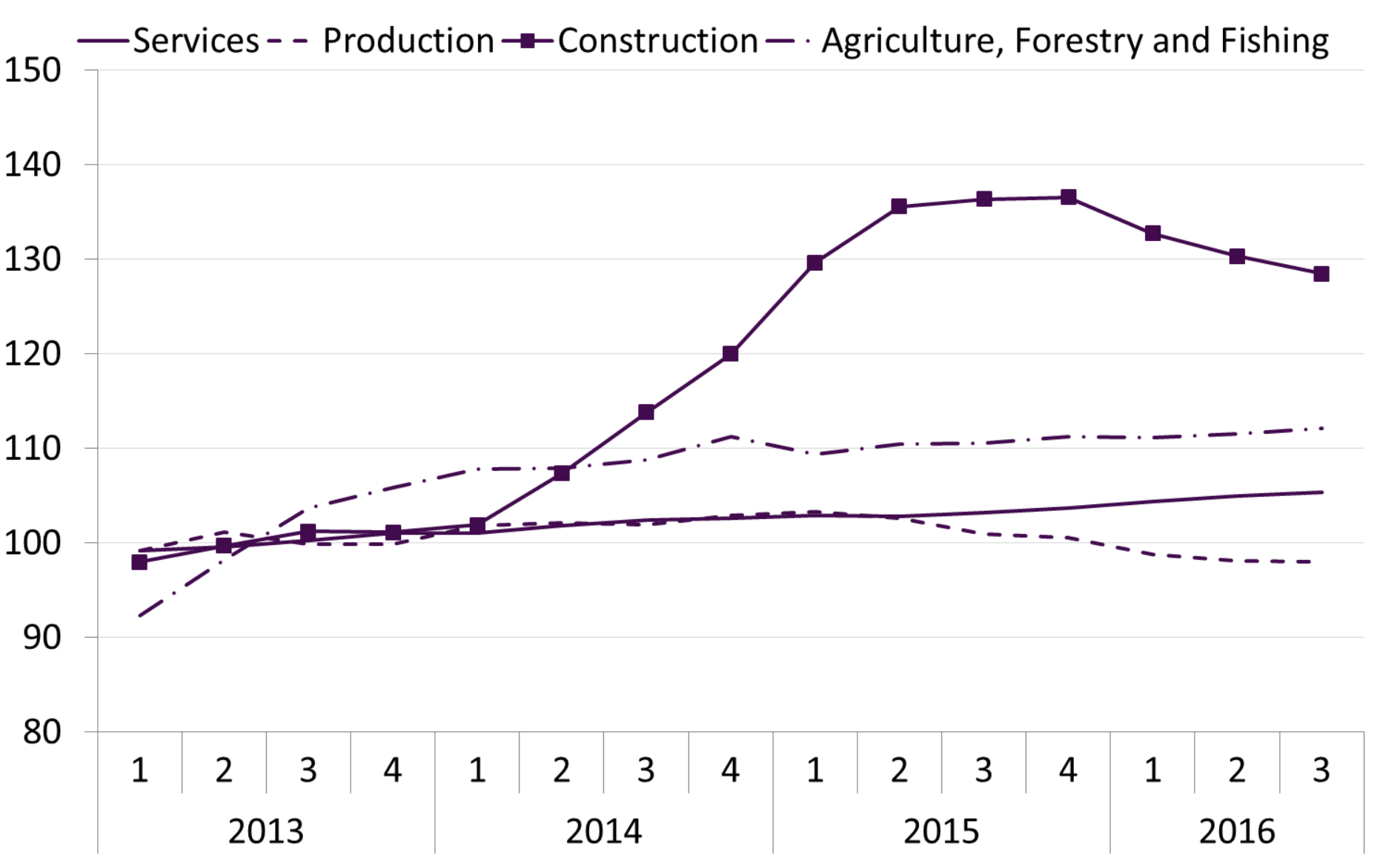 The services sector, which accounts for three quarters of the economy, grew by 0.4% during the latest period, the production sector contracted by 0.1%, and construction output contracted by 1.4%. 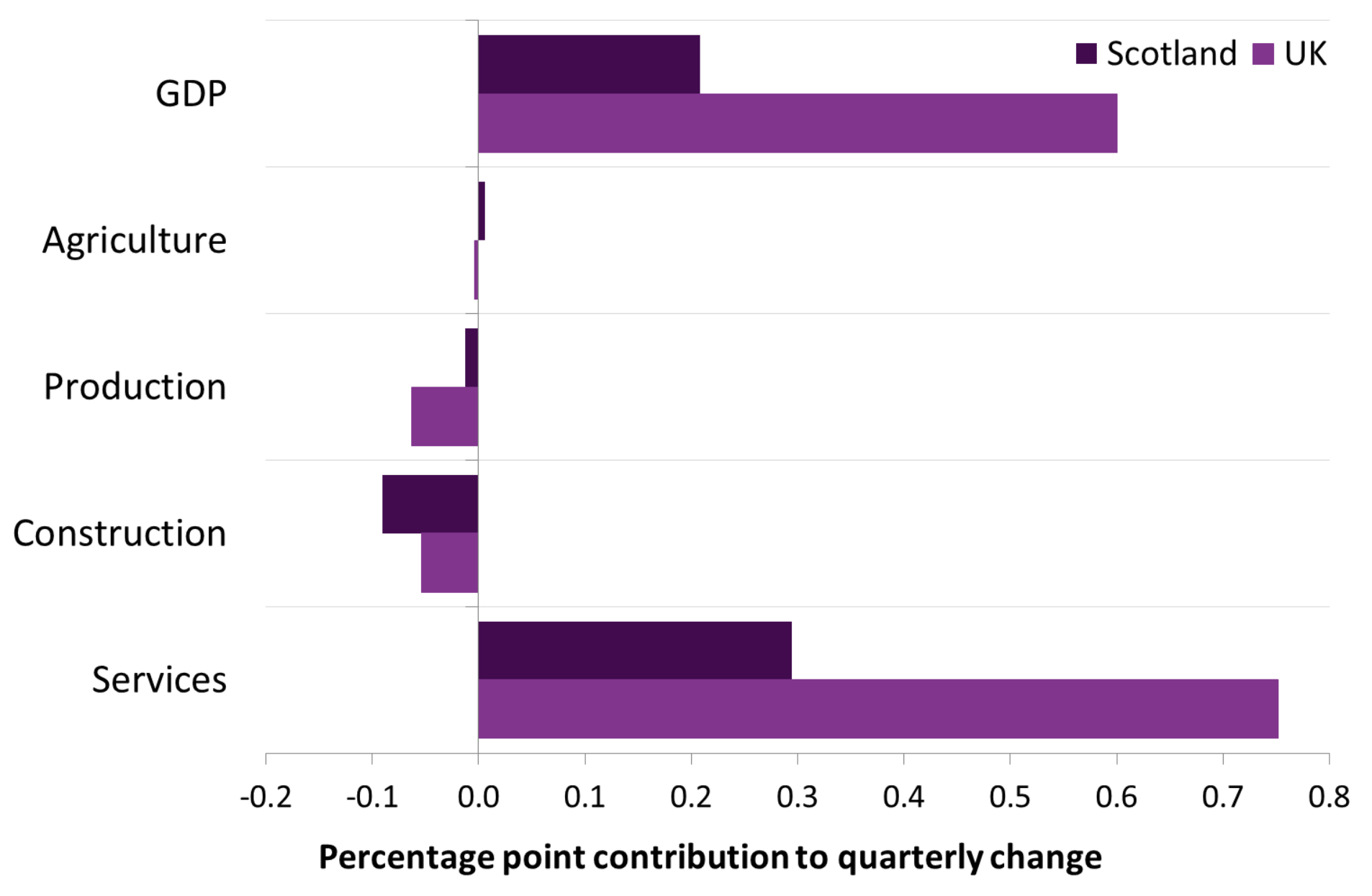 A survey of how the Scottish GDP data is used and how it could be developed was launched alongside these figures. The survey will be open until 10 March 2017 and is available through Questback.