BlogsStatisticsSlow-down in lending to Scottish agriculture

Slow-down in lending to Scottish agriculture

September 18, 2018 by resas No Comments | Category Economy, Farming and rural

There was a slow-down in the total lending from banks to Scottish agriculture over the past year.

Outstanding debts to Scottish farms rose by one per cent (£22 million) in the year to 31 May 2018. Total outstanding lending to the agricultural sector amounted to £2.34 billion. Accounting for inflation, this was a decrease of 0.6 per cent since May 2017. 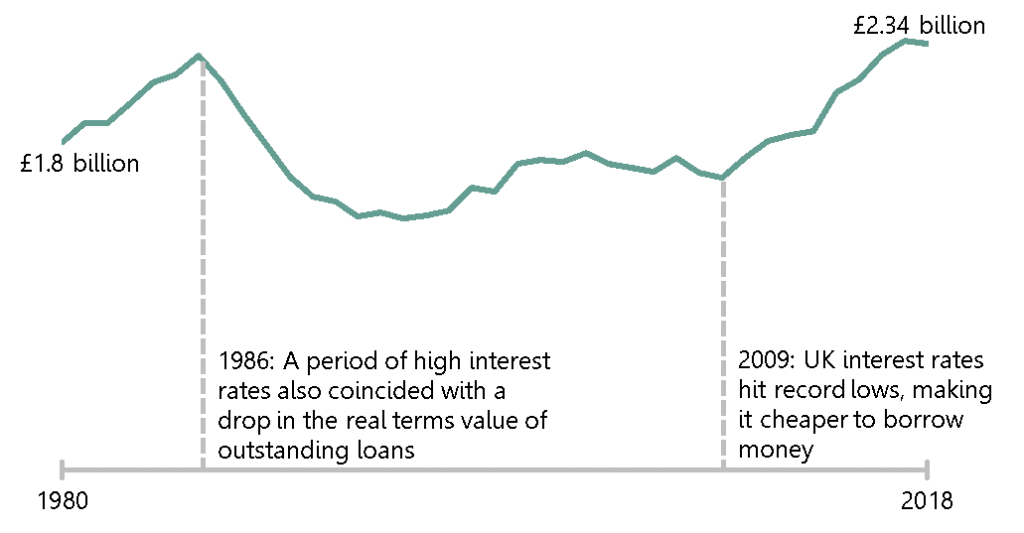 Statistics from a survey of the main banks and other lending institutions were released today by the Chief Statistician.

Lending can be a sign of confidence in the industry and the slow-down this year might suggest a sign of hesitation in making investment decisions. This could be caused by overall weak growth in the economy or concerns that interest rates may rise in the future.

In addition to bank lending, farms have an estimated £1.2 billion of debt related to hire purchase, leasing and other sources. An estimated 51 per cent of total lending are long term debts, a percentage that has been slowly increasing over time. This growth in debt is likely due to restructuring of informal debts to more sustainable repayment loans. Total bank held debt is roughly the equivalent of ten per cent of assets, a relatively low debt ratio, due to high value assets.

The data in this publication reflects the overall UK picture. Figures from the Bank of England showed that, by May 2018, the UK “Agricultural, hunting and forestry” sector had an outstanding debt of £18.75 billion, rising by one per cent over the past year. However, as in Scotland, this increase was smaller than in previous years.

The statistics publication was produced by independent statistical staff free from any political interference, in accordance with professional standards set out in the UK Statistic Authority’s Code of Practice for Official Statistics.

Following a busy autumn, the Scottish Government’s Equality Analysis team would like to update on progress towards the development of…