October 11, 2017 by resas No Comments | Category Farming and rural 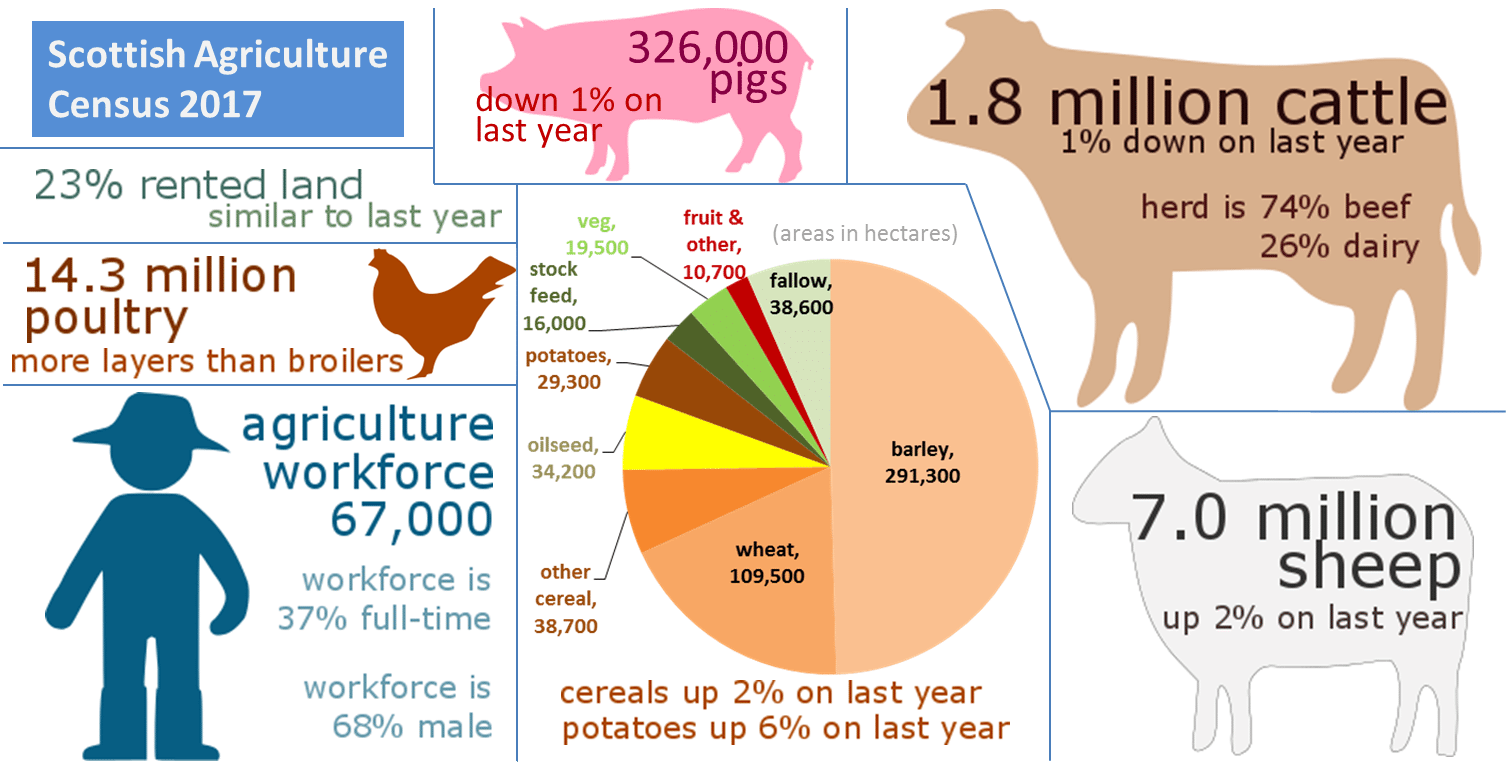 The latest set of figures on farming in Scotland shows increases in cereals, potatoes and sheep, but cattle numbers were down slightly. There was a small increase in the area rented, but the area of secure tenancies decreased.

Oilseed saw an increase of 3,500 hectares (11 per cent) and potatoes saw a small increase, of 1,800 hectares (six per cent) to 29,000 hectares. There were also increases in the area of vegetables for human consumption (eight per cent), and of fruit (ten per cent). However, the area of crops for stock-feed decreased again slightly (three per cent).

Sheep numbers increased for the fourth consecutive year, up 160,000 (two per cent) to 7 million, though that is still lower than in 2008. Cattle numbers decreased again slightly, to 1.78 million, continuing a longer-term decline in numbers since the 1970s. Both dairy and beef numbers were down slightly.

The proportion of land rented was 23 per cent, very slightly up on 2016, with a fall in 91 Act secure land (tenancy and partnership) of about 51,000 hectares and an increase in land under limited duration tenancies of about 63,000 hectares. An estimated 6,432 holdings had tenancy arrangements, down 160 on last year.

Prev Scottish GDP grows by 0.1% in the second quarter of 2017
Next Information and data user research survey

Beginning next month, my unit is stepping up work on our ‘Agricultural Statistics Transformation Programme’. I previously spoke about the…