BlogsStatisticsScottish GDP grows by 0.1% in the second quarter of 2017

The latest estimate of Scotland’s GDP shows growth of 0.1% since the first quarter of 2017. In the previous quarter the Scottish economy grew by 0.6%.

UK GDP growth for this quarter was 0.3%.

Scottish GDP grows by 0.5% over the year 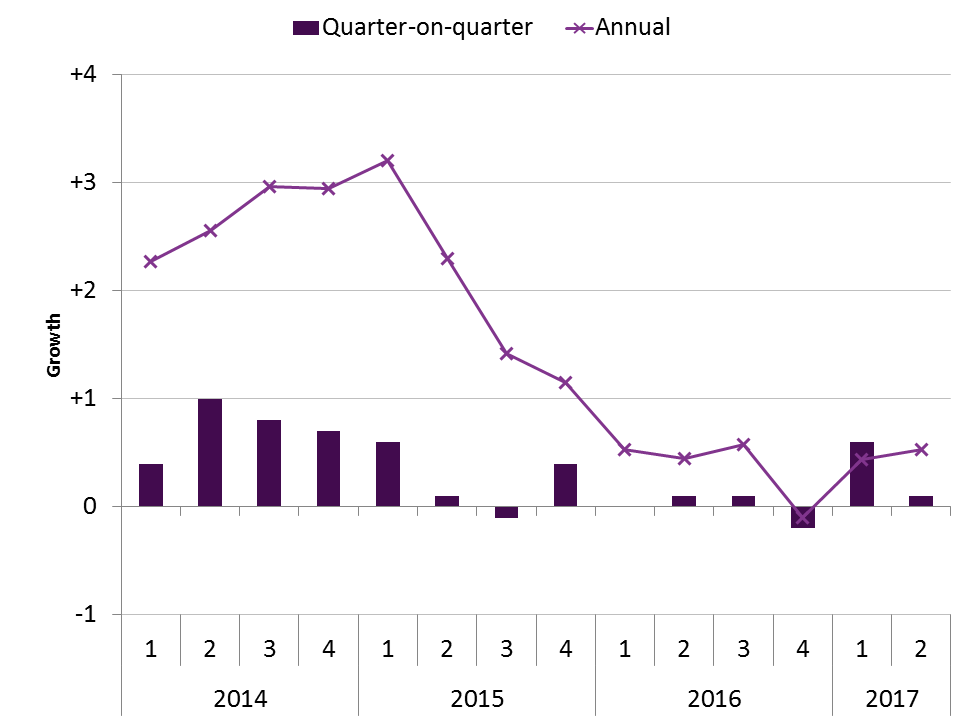 Services industries grew by 0.7% this quarter

Since the first quarter of 2017, Services industries grew by 0.7%, while Production industries contracted by 0.7%.

Construction continued to contract (by 3.5% in the quarter) following steep growth in 2014 and 2015. 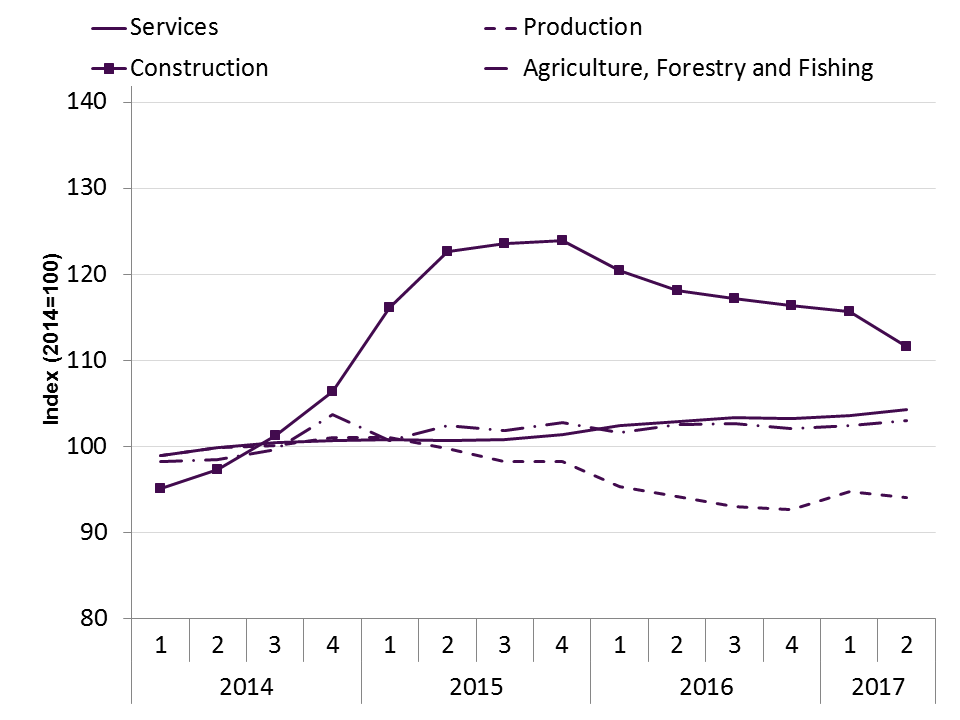 Growth this quarter driven by Services

Services industries contributed 0.5 percentage points towards overall growth of 0.1%. Growth in Services was offset by contraction in Production and Construction. 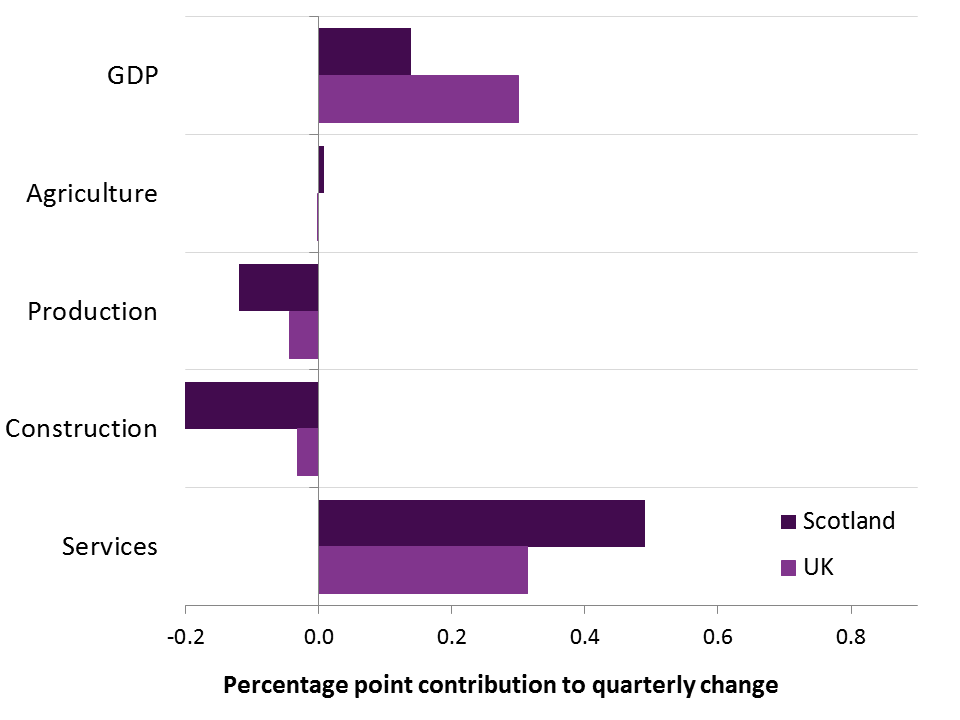