BlogsStatisticsWorking as a government statistician

Working as a government statistician 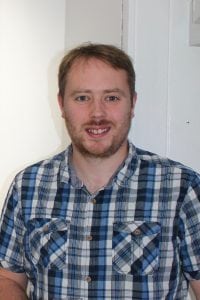 Prior to joining the Scottish Government I worked in academia for ten years, specifically within the field of palaeobiology. Following an Earth Sciences degree at the University of Glasgow, I went on to study for a PhD jointly based between the University of Bristol and the Natural History Museum in London, where I focused on creating a database of fossil measurements, in order to examine trends in body-size throughout geological time, and the relationship of these trends with various environmental and evolutionary variables. It was this through this work that I developed an interest in the analysis of ‘big data’ – although I have since come to appreciate that a few tens of thousands of records is a drop in the ocean in terms of big data – as well as rekindling an interest in statistical programming and began learning how to analyse my data using the R language.

After my PhD I held a position as a University Teacher in Glasgow and more recently as a Postdoctoral researcher at University College London. It was towards the end of this last position that I decided to pursue a different career path, one that would allow me to put my analytical skills to good use in a different field. It was while looking at a range of analytical roles that I came across the advert for Assistant Statisticians. At this time I was uncertain if the skills I had developed would fit into this kind of role so I attended a recruitment open day, fully expecting to see a room full of politics and statistics graduates, then head home to look elsewhere for other opportunities. However, at this event it was encouraging to see a number of talks by current statisticians with similar stories to mine, and this really encouraged me to apply. I have since learned that the stats group is a broad church with analysts from a range of backgrounds including engineering, biology and law, as well as politics and statistics.

I started in the stats group in January 2016, working in the team responsible for producing statistics relating to court activity. Specifically my job was to lead on the production of the latest bulletin on reconvictions statistics. So, there I was on day one, suddenly responsible for ensuring that these National Statistics (which also inform a National Performance Indicator) are produced accurately, to a high standard and importantly on schedule. At first this seemed like a very daunting task, however one great thing about the stats group is the amount of support available. Both my manager and other analysts were very welcoming and were always on hand to answer questions or provide advice as I got used to the requirements of my new role.

I have since moved to a team that deals with the opposite end of the justice system in that we produce statistics relating to the crimes and offences encountered by the police. Over my time in this post I have led on the production of statistics on homicide and domestic abuse, as well as supporting the production of the annual National Statistics on Recorded Crime in Scotland. It is important for me to also say there that there is more to a statistical post than the publication of these statistics. I have also led and being involved in several collaborative research-focused projects designed to provide a more in depth understanding of the changing nature of crime in Scotland. The results of this work has already began to inform the debate surrounding some issues of crime, as well as the policy decisions that will impact the people most likely to be victims of these kinds of crime.

One strength of the job is that you can generally make the your post what you want of it. In that while there are always tasks that need to be completed and regular periods of high pressure to provide detailed briefing or to respond to requests from ministers, journalists or other stakeholders, there is a lot of freedom to develop your own skills through both internal and external run courses or to attend relevant conferences. Statisticians are also encouraged to use their experience and skills to consider how to improve upon our existing work such as by making a statistical publication more user-friendly or making the data more easily available.

From a career perspective, there are a number of advantages to working as a statistician in the Scottish Government. Foremost is that there is a wide range of opportunities and areas available to work in such as in health, education, or population statistics. This comes with the added benefit that analysts are encouraged to rotate posts regularly, which is beneficial both for you, as it allows you to gain experience in another area and to apply your skills there, but also for the organisation as a whole, providing a means for new ideas and methods to move around as well. As I touched on earlier there is also an amazing support network for all analysts, including a specific induction group for those new to government to help you settle in, and meet other analysts from across government.

Finally, I just wanted to end by saying that in the past couple of years I feel that I have been involved in a wide range of interesting and challenging work and in that I have been able to support work that has a positive benefit to the people in our communities.

Prev Scottish Government Urban Rural Classification 2016
Next Scottish GDP grows by 0.3% in the fourth quarter of 2017