You may have noticed in the national press that a very unusual sea foam (or spume) event occurred this week in Aberdeen. This foam is a natural product and it is not considered a harmful event. In case you missed it, here is a news link to this extraordinary sight –

Marine Scotland scientists sampled the foam and sea water around the village of Footdee. Samples were examined microscopically to analyse the phytoplankton (very small algae) present. 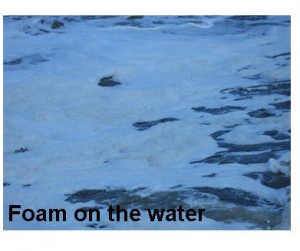 Analysis of the sea water showed the phytoplankton present (diatoms and small flagellates) to be typical of the autumn community present in the North East of Scotland. A species of phytoplankton, called Phaeocystis globosa, which has been associated with foam events in the Netherlands, was not observed. 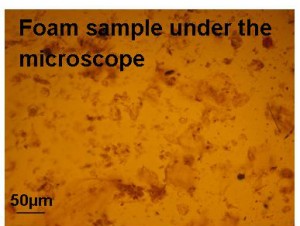 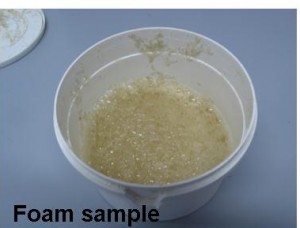 The foam contained a lot of detritus as well as some very small phytoplankton cells. This is consistent with the foam event being caused by the breakdown of organic matter, probably as a result of the turbulence caused by the high winds on Monday and Tuesday 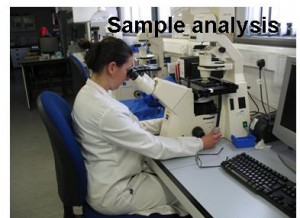 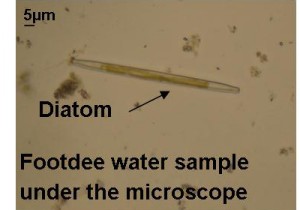