MRV Scotia will depart from Aberdeen Harbour at 08:00 on 18 October and after all drills have been performed the vessel will proceed to the agreed survey start point.  The nature of the survey work will be heavily dependent on the prevailing weather conditions encountered.  The survey techniques are no different to previous surveys conducted by MSS using MRV Scotia.  The proposed survey is based on two parts:

EK60, CTD and VM-ADCP: The collection of fisheries acoustic data will involve two parallel transects 1 to 2 km in length running perpendicular to a pipeline (Figure 1).  Survey speeds during when collecting EK60 and VM-ADCP data will be 8 knots and 4 knots respectively.  Each survey will be conducted on different days.

During the collection of VM-ADCP data, CTD measurements will be made every 4 hours at the ends and centre point of a transect.  Water samples will also be collected to enable the calibration of the fluorescence detector on the CTD.  While transiting between CTD stations the EK60 will be switched off and the VM-ADCP used to collect water column current data.  The pipelines of interest are annotated in Figure 1.

Multibeam and Seabed Video footage: A sound velocity profile (SVP) will be collected 500 m outside of the survey location.  On completion of the SVP, MRV Scotia will complete a multibeam swathe along the length of the targeted pipeline. Survey speed will be 4 knots.  The output will be checked for any anomalous features that could interact with other survey equipment.  If features are identified MRV Scotia will relocate in the immediate area and repeat the multibeam swathe along the pipeline until a suitable length of pipeline is identified.

Multibeam transects will be run parallel and perpendicular to the pipeline to collect backscatter water column data for assessing the dimensions of fish aggregations.

On completion of the survey work, MRV Scotia will return to Aberdeen Harbour for unloading on 24 October. 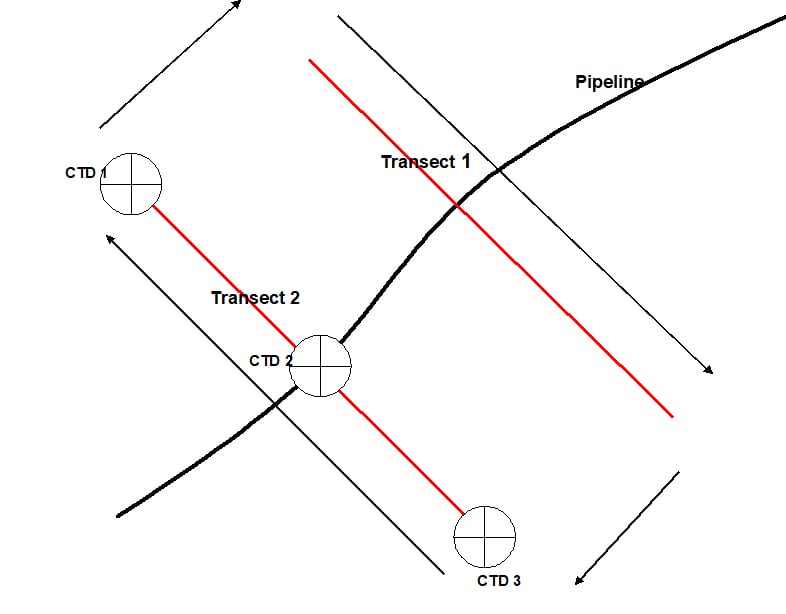 Figure 1 showing a schematic diagram of the survey design for collecting fisheries acoustic data, VM-ADCP data and CTD data over a 24 hour period. 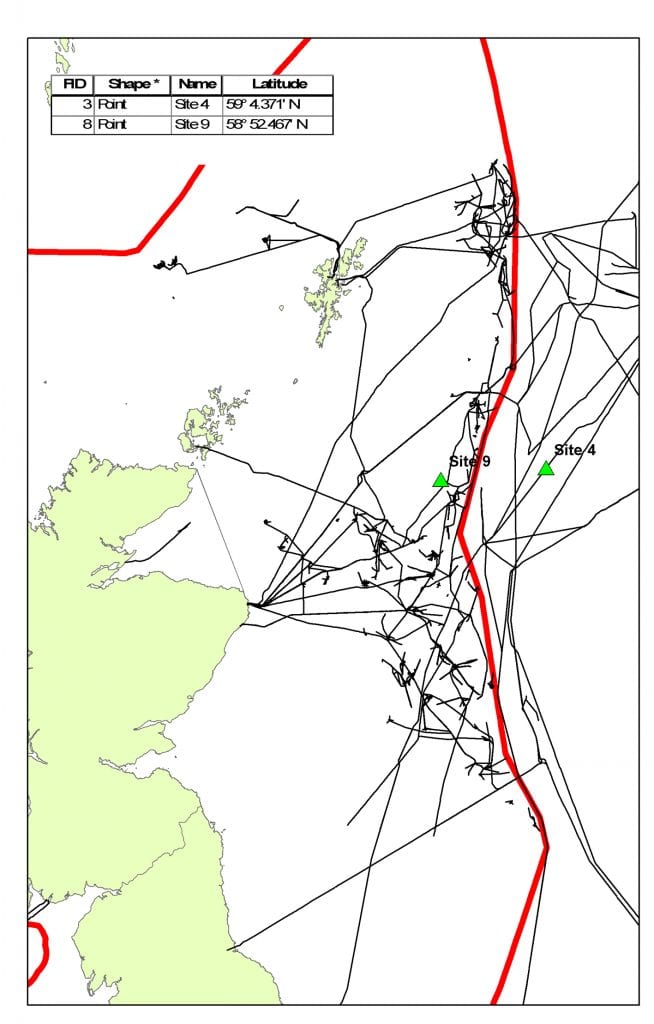