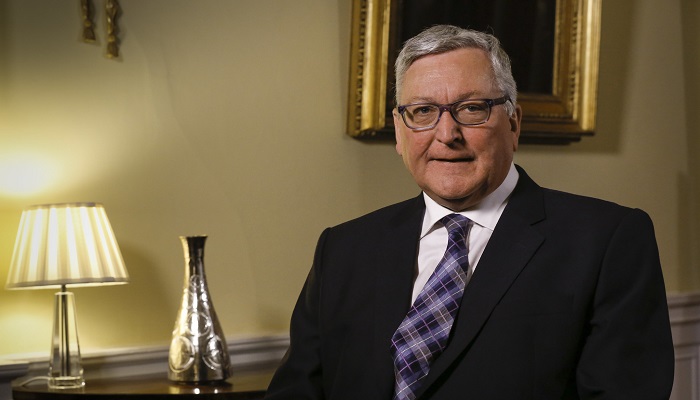 The Brexit fisheries deal negotiated by the UK Government will mean a fall in the quantity of key fishing stocks landed by the Scottish fleet, according to Scottish Government analysis.

Scotland’s valuable staple fish stocks include Cod, Haddock, Whiting and Saithe. Far from having substantial increased opportunities in the future, the Scottish industry will have access to fewer of these fish than under the existing Common Fisheries Policy arrangements – even at the end of the five and half year phase-in period, according to the analysis.

These are the white fish stocks that a significant part of Scotland’s family-owned fishing fleet is dependent upon for their livelihoods and the shares even in five and a half years’ time, will still be less than their equivalents now. This also has a potential knock on effect for harbours, fish markets and processors – fewer fish caught means fewer being landed and sold on for processing in facilities all around Scotland.

Cod and Saithe landings will be hit particularly hard.

Pelagic landings (such as mackerel and herring) and some other stocks will see a modest gain.

At present Scottish boats land fish by a variety of means:

Leasing and swapping quota is required to allow vessels to operate legally in very complex mixed fisheries in the northern waters of the Scottish fishing zone.

Under the Brexit deal, the swapping of quotas with individual member states will no longer be allowed and leasing will be prohibitively expensive, reducing the quantity of fish in key stocks available for the Scottish industry to land.

The amount of fish caught by the Scottish industry will also fall because a special scheme (called the Hague Preference) which gave Scottish boats extra quota has also been lost under the Brexit deal. An entitlement that was used every year and is a further loss of fishing quotas valued at over £9 million.

The UK Government also appears to have agreed to measures by the EU which will make no difference to Scottish fishing interests.  It has been suggested  that the EU will give up 25 per cent of its fish quota (in terms of value not tonnes) in UK waters, but as much of this quota was not actually caught by the EU, there is no potential gain here for our fishing industry in terms of getting access to stocks that were previously unavailable.

In the stocks where there has been a nominal increase in UK quota share, in the majority of cases the UK has only secured access to stocks where the EU was not currently fishing its full allocation.

For the UK side, some of the extra quota  negotiated will not be able to be landed – and will be so-called “paper fish”.  North Sea Sole is a stand-out example where the increase in share generates over £12 million in value for one species alone with a very high average price per tonne, but according to our analysis there is no ability to catch this additional fish in this particular fishery.

Worst of all, this new transitional arrangement may prove difficult to avoid becoming permanent.

A key UK Government objective was to avoid a permanent link between access to waters and access to markets. But according to the analysis that is exactly what has resulted in the agreement, since reductions in access to waters give the other party the right to impose tariff measures on fisheries products.  That could impact adversely on our aquaculture industry which is included in the international definition of fisheries products.

“The analysis we are publishing today of what the UK withdrawal agreement means for Scotland’s fishing interests is deeply troubling. Carried out by our internationally renowned fisheries specialists, it shows how Scotland’s interests are adversely impacted by the deal reached by the UK and the EU.

“Scottish coastal communities were told that any Brexit deal would mean a very large rise in fishing opportunities. In fact for the key stocks that the Scottish industry depends on, far from seeing a big increase,  there will actually be a fall in the quantity of fish they can land.

“We were assured that getting our own seat at the table as a coastal state in annual negotiations would result in gains for our fishing interests. Through this agreement, our ability to do that has been removed with the loss of leasing and swapping quota.

“We were also told that a red line for the UK Government was that the fisheries deal would not be tied to the overall trade deal. In fact fisheries is hardwired into the overall deal meaning any attempt to reduce EU access in future will lead to trade sanctions – hitting key Scottish industries like salmon producers.

“The Hague preference mechanism is another tool which we have now lost which helped increase available quota in key stocks in any given year – the UK Government did not even try to keep it available to us in the future.

“And the quota either being given up by the EU or negotiated as a win by the UK Government is of no worth nor value to Scottish fishing interests.

“This is a terrible outcome for Scotland’s coastal communities.  The small gains in quota for mackerel and herring are far outweighed by the impact of losses of haddock, cod and saithe – and that threatens to harm on shore jobs and businesses too linked to harbours, fish markets and processing facilities.  As our analysis shows, there is very little here to celebrate, and plenty to be worried about for the future of Scotland’s fishing interests.”

“Setting politics aside, the members of SWFPA  are deeply aggrieved at the very challenging situation they now face for 2021.

“Whereas we have gained modest uplifts in  shares for some stocks the stark reality is that the demersal sector enter 2021 facing significant shortfalls across a range of key species, which is down to the fact that we can no longer enter into direct swaps with colleagues in Europe.

“In addition,  the issue of sovereignty and our future ability to negotiate additional shares after the five and a half year window would seem clouded by so much complexity that it is difficult at this time to see how the UK government can use its newly recovered sovereignty to improve the situation of my members.”

There are three levels of cross-retaliation specifically in fisheries:

(1) If access is not granted in the post 2025 annual negotiations, compensation by removal of preferential tariffs in respect of “fishery products”. Our understanding is that “fishery products” includes aquaculture, and this would be consistent with the system of  WTO definitions, used elsewhere in the agreement  Aquaculture is an important and valuable Scottish industry. If any attempt was made therefore to reduce EU access, this industry would be hit, making it very unlikely that access arrangements will change once the phase-in period is over.

There is wording making this proportionate to the economic and societal impact, and with binding independent arbitration:

‘Following a notification by a Party (“host Party”) under Article FISH.8(5)[Access to waters], the other Party (“fishing Party”) may take compensatory measures commensurate to the economic and societal impact of the change in the level and conditions of access to waters. Such impact shall be measured on the basis of reliable evidence and not merely on conjecture and remote possibility. Giving priority to those compensatory measures which will least disturb the functioning of this Agreement, the fishing Party may suspend, in whole or in part, access to its waters and the preferential tariff treatment granted to fishery products under Article GOODS.5[Prohibition and customs duties].’

(2) Remedial measures in the event of alleged failure to comply with obligations under the Fisheries  Heading, also subject to proportionality and independent arbitration, but with scope to take tariff measures on any goods, and to suspend the whole trade heading of the agreement.

(3) Either side can terminate the Fisheries Part of the agreement, automatically also terminating the trade, aviation and road transport headings (though not all aviation).