Scientist in Charge Pathway in Action 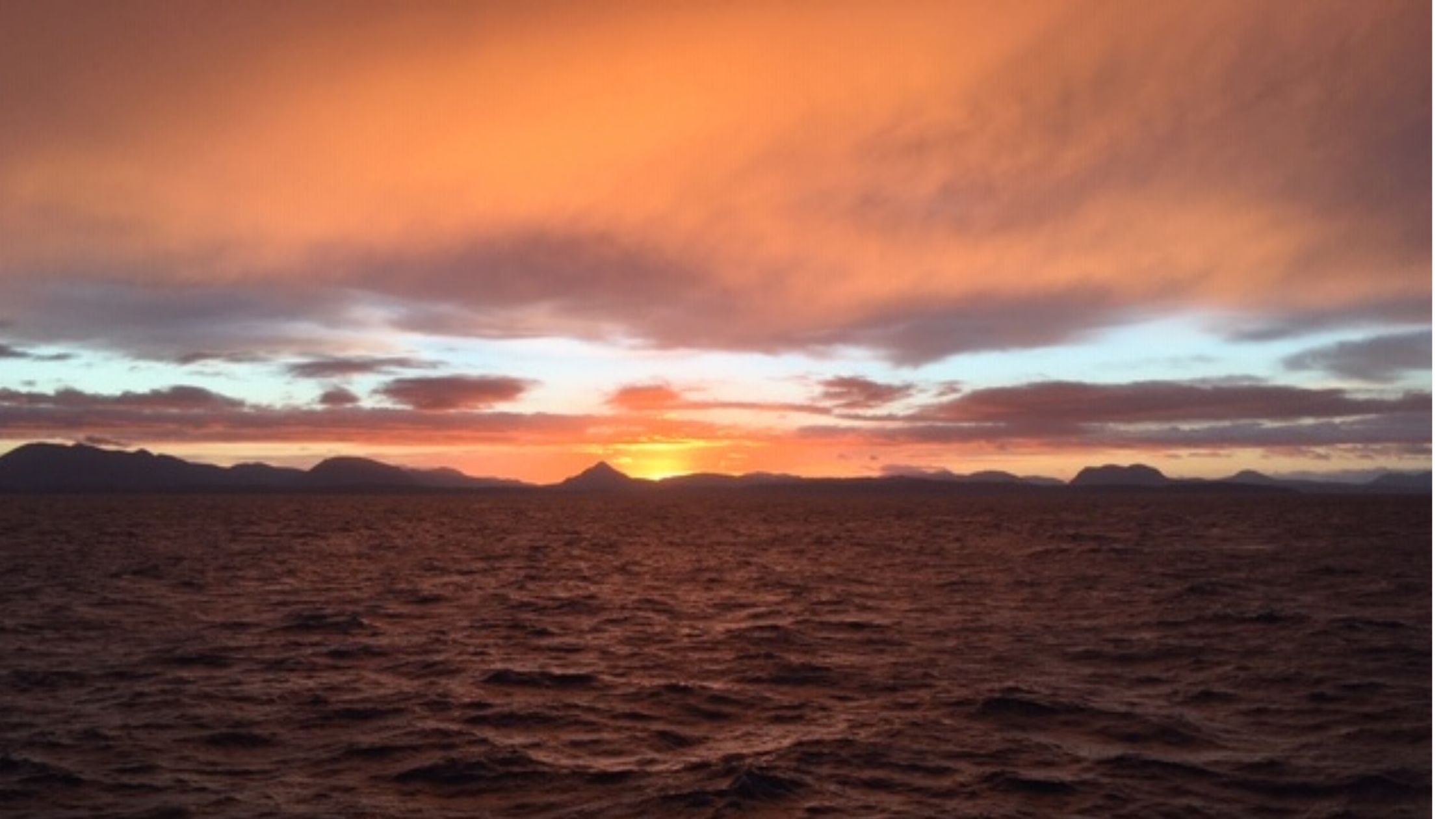 The SIC (Scientist-In-Charge) Pathway is a new initiative at Marine Scotland Science to provide a structured approach to training new SICs and hopefully, in the long-term, achieve a more gender balanced SIC pool (or at least representative of the sea-going staff pool). This initiative is a direct result of our Athena-SWAN work and includes co-SICs shadowing more experienced SICs, and, in the future, training and scientific logbooks and support networks.

The oceanography group has just concluded its December hydro cruise on MRV Scotia to the Faroe-Shetland-Channel (cruise 1920S), investigating the hydrography in this important region where cold Arctic-origin water is flowing south-west and warm Atlantic water is flowing north-east towards the Arctic. The SIC Pathway component of co-SIC was implemented on this trip where the SIC included the co-SIC in its meetings with the captain, pre- and post-cruise planning and general tasks as SIC. This kind of on the job learning and seeing how decisions (and back-up plans) are made is valuable experience for scientists interested in becoming a SIC themselves in the future. 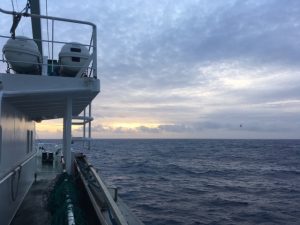 View of the sun setting in clouds from Scotia deck

December cruises generally head to the Northern North Sea and the Faroe-Shetland-Channel. On the recent cruise we included a side trip to Loch Ewe to deploy a met-ocean data buoy as part of the Scottish Coastal Observatory (SCObs) and the COMPASS project. We successfully deployed the new, large, shiny buoy at our long-term monitoring site, where it immediately started transmitting meteorological and oceanographic data. Mission data buoy deployment successfully accomplished.

We unfortunately had some mechanical issues on the ship which cost us some time for repairs and waiting for a new part. Challenges on a research trip in December include bad weather and also mechanical issues and so flexibility, calm nerves and lots of back-up plans are required. A good experience for a co-SIC…