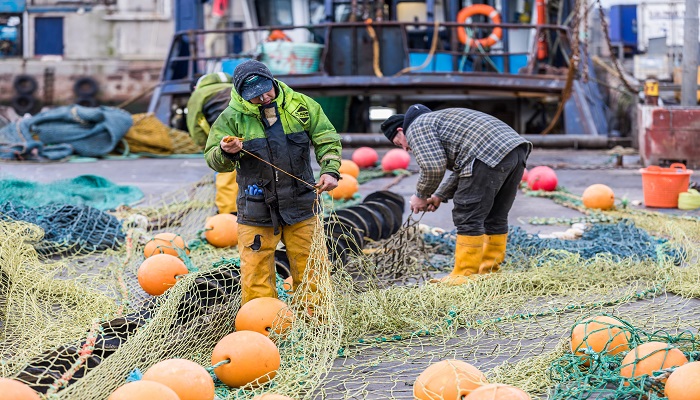 ‘Don’t struggle in silence’ is the message from the chief executive of a charity that has seen an influx in calls and requests from fishers impacted by Coronavirus (COVID-19) and the EU Exit over the last year.

The Fishermen’s Mission, which provides emergency support as well as practical, financial, spiritual and emotional care to active or retired fishermen and their families, received around 50% more calls in the first months of 2021 than in the same period in 2020.

In recognition of the hardship faced by people working in the sector at this time, the Scottish Government awarded up to £300,000 to the Fishermen’s Mission in February, making it the first Government in the UK to provide this type of welfare support to specifically mitigate the effects of both COVID-19 and the end of the post-EU Exit transition period.

“At the first lockdown last year when there was the collapse of markets which affected everyone from the crab and lobster guys, to the mussel growers and prawn fishermen, we had a big peak in demand, well in excess of what we’d normally expect in the March to May timeframe.

“As restrictions lifted, people were able to get back out and fish a bit and the markets opened up a bit but then there was the run of poor weather in the autumn, and of course we went straight back down to another lockdown followed by EU Exit, and months on we’re finding the markets are still suppressed.

“In Scotland we are seeing fishermen going to sea to make enough money to keep the boat running so that they have a job when prices go up, and all the while they are trying to get by, by using up savings and acquiring debts. We’re seeing clients with significant levels of debt which they are taking on just to keep the lights on and put food on the table. In fact one of our partner charities, is running at 300% of their normal loading, while we’re pushing out around £20,000 a week in terms of general living expenses.

“The Scottish Government funding has been great as it’s been supporting our general work rather than being specified for a particular service. It recognises that welfare need is burgeoning and people’s needs are different at this time.”

Operating across the UK, the charity has 13 representatives working in fishing communities in Scotland. Individuals can contact the charity through the website, via the freephone telephone number 0800 6341020 or can get in touch with local reps to discuss their issues and they will then be signposted to the most relevant types of support for them.

In 2020 the Fishermen’s Mission dealt with 9,500 people and had 21,000 interactions with individuals, which included keeping in touch with retired fishers, as well as paying out £1.4 million in support to fishing communities across the UK.

Are you in need of a chat with someone who understands fishing & the stresses you face?

“Looking back at the last year what really strikes me is just how resilient and uncomplaining our fishing communities are. Our message is don’t struggle in silence, get in touch with us sooner rather than later and before you are in dire financial need.

“We’re now in our 140th year and because we’ve been at this for so long we have lots of friends and supporters who can help you and we won’t know how to help unless you get in touch.”