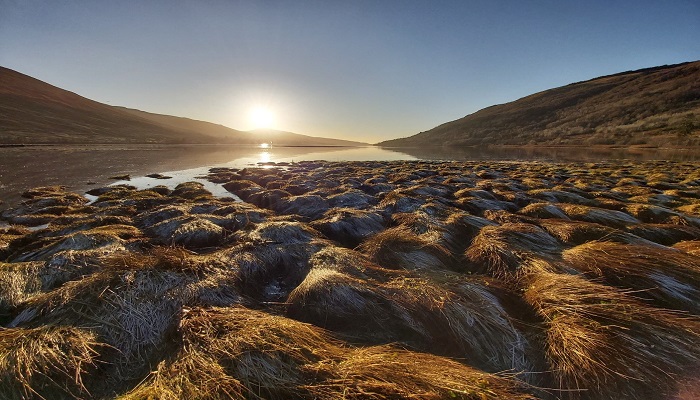 A new report has highlighted the significance of saltmarsh in Scotland for trapping and storing carbon, and helping to mitigate the effects of climate change.

The report was funded by the Scottish Government as part of its £650,000 commitment to the Blue Carbon Research Programme which recognises the importance of the marine environment for naturally storing carbon. This publication from the Scottish Blue Carbon Forum scientists, based at the School of Geography and Sustainable Development, University of St Andrews and the Scottish Association for Marine Science, Scottish Marine Institute, Oban, is the first national assessment of the carbon stocks found in Scotland’s saltmarsh soil.

A saltmarsh is an area of coastal grassland which is regularly flooded by seawater. 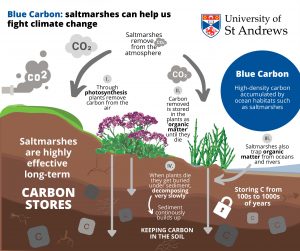 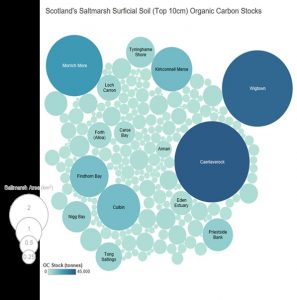 The results from these findings will help to protect and manage Scotland’s saltmarshes. It will also contribute to the Scottish Government’s work to tackle biodiversity loss, and highlight the benefits of natural habitats to climate, people and biodiversity.

This latest publication is part of a programme of work being undertaken by the Scottish Blue Carbon Forum, to grow the evidence base for blue carbon research, focusing on the carbon storage potential and the impact of human activities on blue carbon habitats in Scotland.