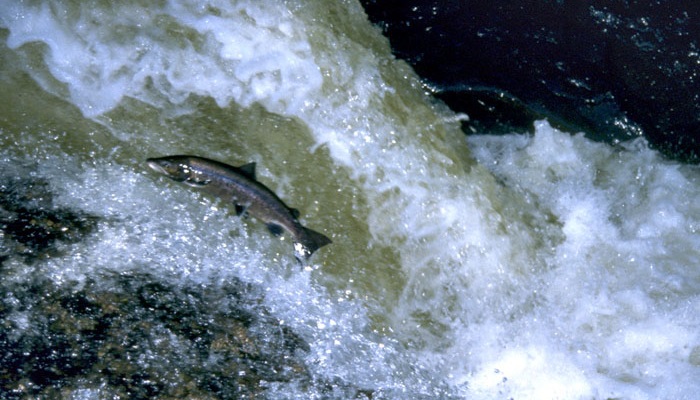 Atlantic salmon are iconic migratory fish that can migrate thousands of miles during their lifetime, travelling as far as the Faroe Islands, Norwegian sea, and even West Greenland. They start their lives in streams and rivers, migrate to the high seas to grow and return home to spawn. Scotland remains a stronghold for the species, accounting for around 75% and 30% of UK and European wild salmon production respectively.

The Scottish Wild Salmon Strategy aims to reverse the decline of wild salmon by tackling the many pressures the species faces at sea, on the coast and in rivers, including changing river temperatures due to climate change.

Salmon require free access to cold clean water to thrive. Young salmon perform best where river temperatures are in their low teens.  Temperatures above 23°C cause behavioural changes and stress that can stop feeding and reduce growth or cause individuals to abandon territories in search of cool water refuges. Salmon cannot survive where temperatures rise much above 30°C.

During the unusually hot and dry summer of 2018 around 70% of Scotland’s rivers experienced temperatures that exceeded 23°C. UK MET Office climate change projections indicate that extreme summers like 2018 will become increasingly common and could occur every other year by 2050.

Trees can reduce river temperatures by reducing the amount of sunlight reaching the water surface, much like natural parasols. By increasing the amount of woodland next to rivers it is possible to reduce some of the effects of climate change on river temperature. This action can also benefit water quality and natural flood management and has the potential to tackle the twin crises of climate change and biodiversity loss, during what the UN has declared the Decade on Ecosystem Restoration 2021-30. 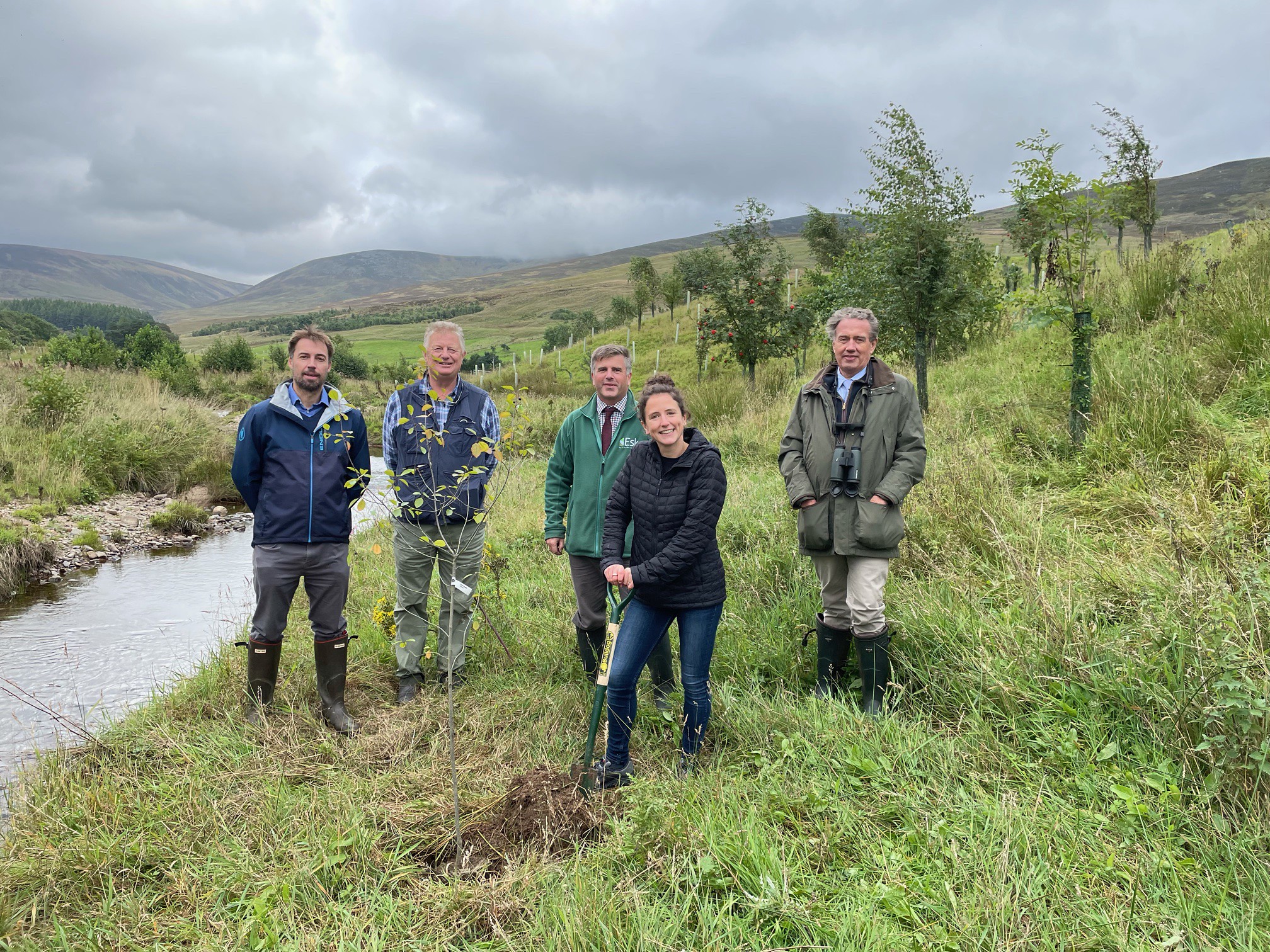 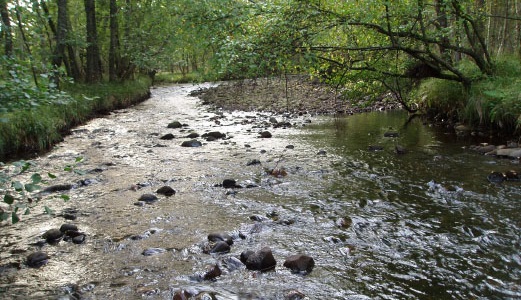 Scotland has around 108,000 km of rivers, but less than 35% are thought to be protected by any meaningful tree cover so there is major potential to increase riparian woodland. However, it takes time to plan restoration of woodland, to produce suitable young trees and for those trees to grow large enough to provide shade. Furthermore, the benefits offered by trees vary between rivers depending on their shape, size, direction of travel and flow. It is therefore important that management action is prioritised to areas where it can have greatest benefits.

The Scotland River Temperature Monitoring Network (SRTMN) was established in 2013 as collaboration between Marine Scotland, local fisheries managers and the University of Birmingham. It consists of around 220 river temperature recorders and was carefully designed to provide reliable data to understand, predict and assess changing river temperatures.

Data collected from the network is used to build statistical models which can be used to map where river temperatures are hottest, will change most under climate change. When combined with a second set of models that predict where trees can reduce temperatures most, it is possible to produce an online map to prioritise where trees should be planted.

Scotland’s Forestry Strategy Implementation Plan (2022-2025) recognises the wide-ranging benefits of riparian trees and contains a commitment to develop and implement an integrated approach to riparian management to improve the climate resilience of rivers, water quality, river morphology, and the availability of habitat networks. 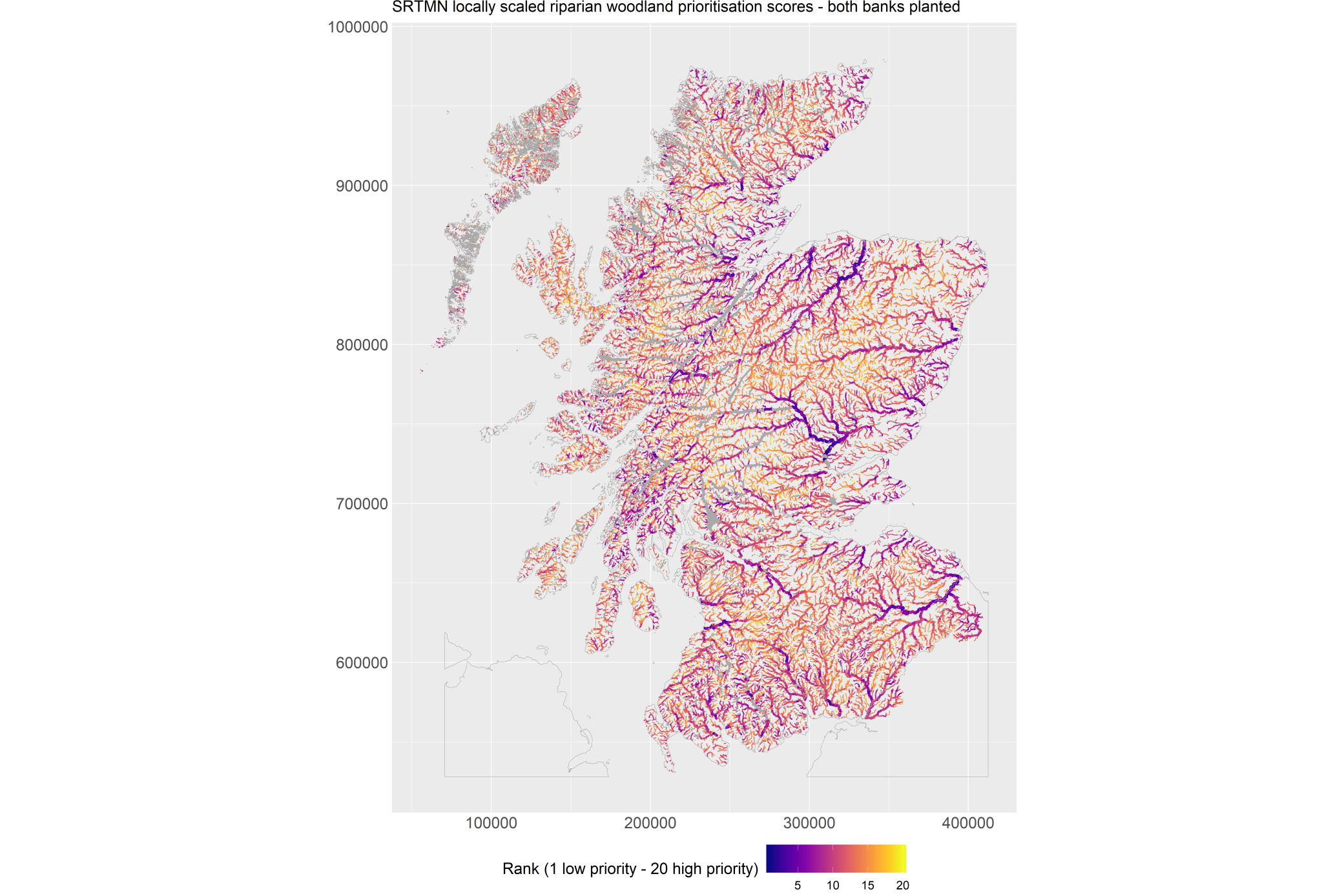