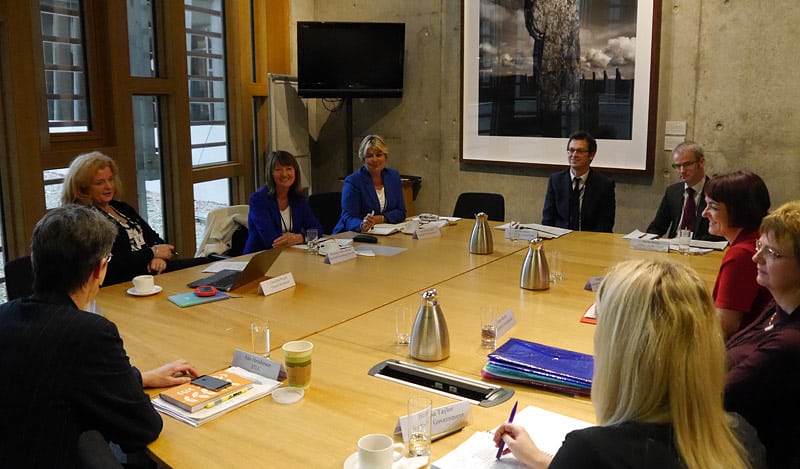 Cabinet Secretary chairing the Strategic Group on Women and Work

This was been a historic week for female employment.

In amongst some very positive news in the latest labour market figures was proof that that we are making a difference in narrowing of the gender gap.

Today I chaired the latest meeting of the Scottish Government’s Strategic Group on Women in Work which draws together key figures from a number of sectors to discuss how best to address the issue.

The group has been meeting since 2012 to consider what more can be done at all levels to help women to fulfil their potential in the labour market. While we know many issues still remain, progress is being made in a number of areas.

With further action on childcare and enterprise, there is much being done and our employment record is strong when compared to the rest of Europe.

But we want to be even better. Control of Scotland’s welfare and employment system would allow us to open up further opportunities for women to enter the jobs market. Women are key to Scotland’s continuing economic recovery and we must continue to push for equality in the jobs market, particularly in areas such as engineering and ICT.

Today’s discussion represented the next step in what must realistically be viewed as a lengthy process, which will form part of the Scottish Government’s work to reduce inequality.