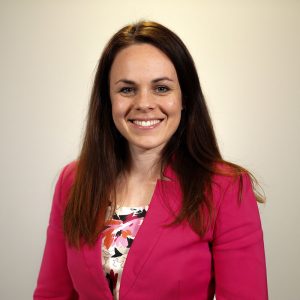 The UK Government’s decision to implement a 1.25% increase in National Insurance contributions to fund the NHS and social care in England has raised a number of questions.

In an attempt to gain more clarity, and seek assurances on consequential funding Scotland, I have written to the Chief Secretary to the Treasury Steve Barclay.

A full copy of the letter is below.

I am writing in response to this week’s announcement about the Health and Social Care Levy.

While additional funding by way of Barnett consequentials is welcome, notwithstanding current debate about the specific policy implications of the levy, the way in which this announcement has been handled falls far short of what could reasonably be expected in terms of inter-governmental co-operation and engagement. Indeed, the approach that has been taken seems completely at odds with the tone and sentiment expressed in the Prime Minister’s letter this week to devolved leaders about the levy.

The levy has significant implications for employees and employers in Scotland, funding for devolved public services and the operation of the public finances at UK and devolved level. The lack of any prior engagement with the Scottish Government or, I understand, the other devolved administrations, is regrettable.

This has been compounded by the disorderly manner in which the announcement has been communicated and explained. In particular, there have been mixed messages about the interaction between the general administration of NIC revenues, the hypothecation of a proportion of NIC revenues to provide funding for health and social care, and the relationship with the Barnett formula. There have also been unhelpful assertions about the impact of the announcement on the competence that Scottish Ministers and the Scottish Parliament rightly hold over decisions relating to funding for devolved public services.

This has resulted in a complete, but entirely avoidable, lack of clarity about the actual impact of the announcement on devolved budgets. I would therefore welcome definitive answers to the following questions:

As the introduction of a Health and Social Care Levy will require a legislative change to the National Insurance system, I believe that now is the appropriate time to resolve a long-standing unintended consequence of the current devolution settlement. As you will be aware, the Upper Earnings Limit for Class 1 National Insurance contributions is aligned with the Higher Rate Threshold for UK Income Tax. Since 2017-18, the Scottish and UK Higher Rate Thresholds have diverged, and this has led to some Scottish taxpayers facing a combined marginal tax rate of 53% on a segment of their income. This issue was not addressed when the current Income Tax powers were devolved to the Scottish Parliament under the Scotland Act 2016, when it was always clear that devolution would lead to a level of divergence. The Upper Earnings Limit for Scottish taxpayers should be aligned with the Scottish Higher Rate Threshold and this must be addressed in the next available legislative vehicle.

I will respond in due course to your more general letter about the Spending Review and Autumn Budget on 27 October. It was helpful to receive clarity about your plans, on which the Scottish Budget process and timetable are so contingent, and I would be happy to update you on our own timetable once it is confirmed with Parliament.

While I have focused in this letter on my strong concerns about the handling of this week’s announcement, I do think that, moving forward, there is scope for constructive and mutually beneficial engagement between now and the Budget, and beyond.