Change in gross domestic product (GDP) is the main indicator of economic growth in Scotland. The latest Gross Domestic Product release, covering the period April to June 2016, shows that Scottish GDP grew by 0.4% compared to the previous three months. 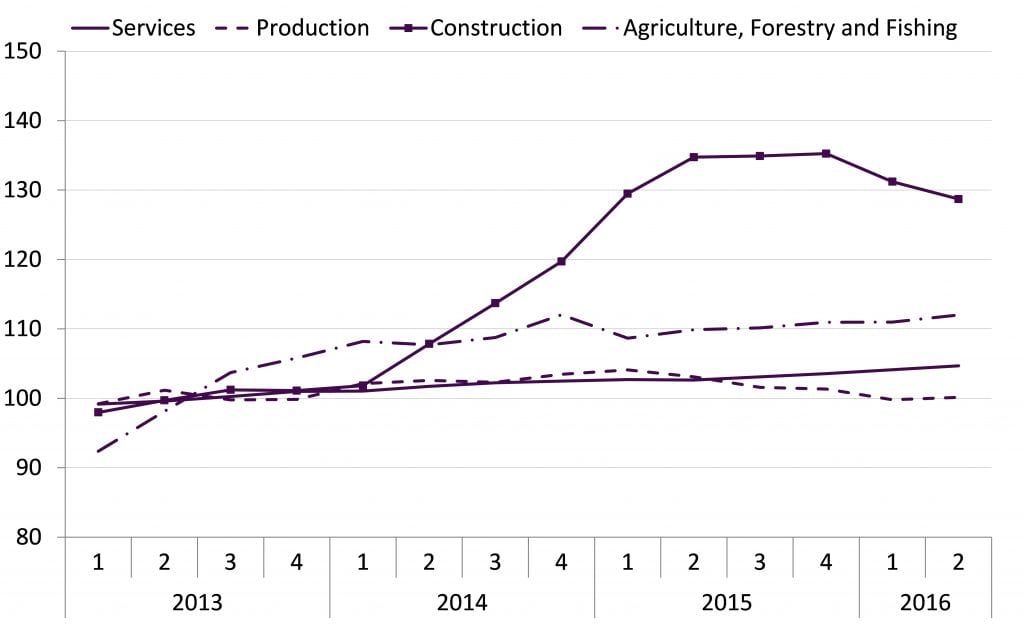 The services sector, which accounts for three quarters of the economy, grew by 0.5% during the latest period, the production sector grew by 0.3%, and construction output contracted by 1.9%.

Industries which represent a large proportion of the economy or which have big quarterly changes have the most impact on overall GDP. We calculate how much industries contribute to the overall change in GDP. 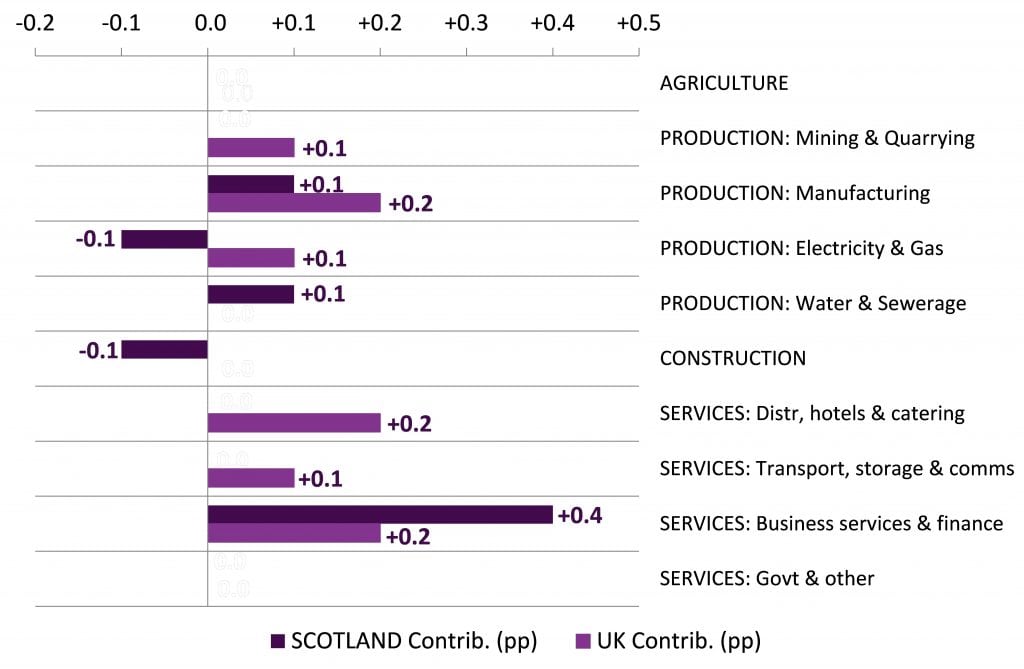 The industry which has had the greatest contribution to growth is Business Services & Finance, which accounted for 0.4 percentage points of growth in the Scottish economy in quarter 2 2016.

The industry which has had the greatest contribution to contraction is Electricity & Gas, which accounted for 0.2 percentage points of contraction in the Scottish economy in quarter 2 2016.