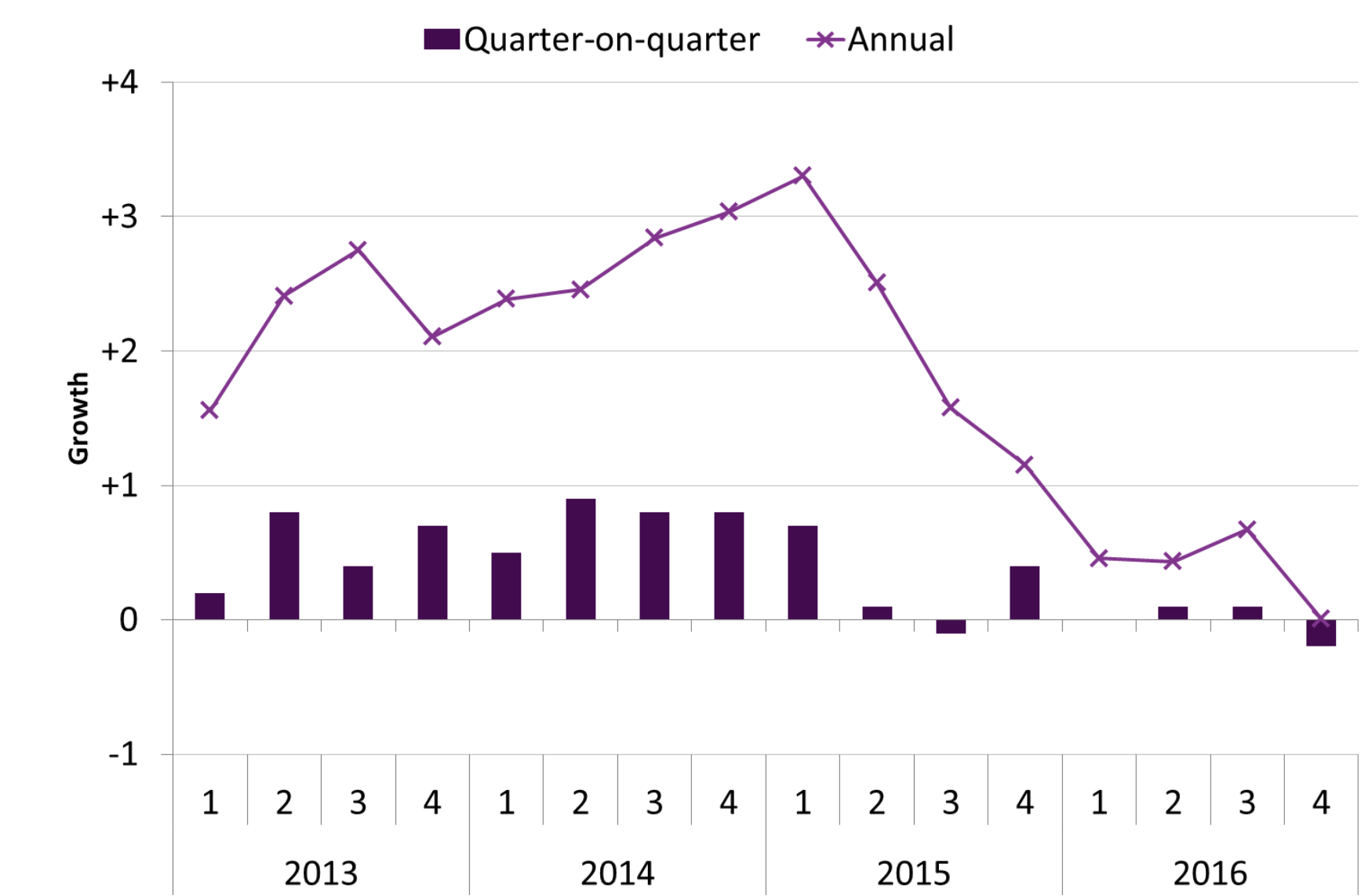 Change in gross domestic product (GDP) is the main indicator of economic growth in Scotland. The latest Gross Domestic Product release, covering the fourth quarter (the period October to December) of 2016, shows that total output in the economy contracted by 0.2% compared to the previous three months. 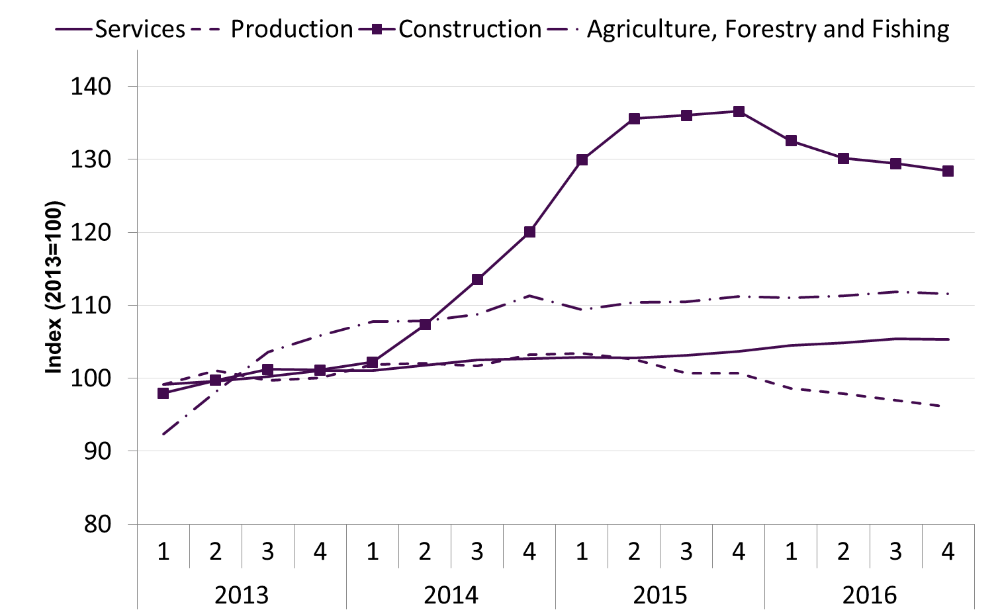 We have introduced a new Frequently Asked Questions document alongside this publication.

We thank users for their response to the Scottish Quarterly GDP user survey in March. A follow-up will be published with next quarters’ figures (2017 Q1) in July.