BlogsStatisticsThere were 547,691 acres in community ownership at the end of 2017

December 18, 2018 by resas No Comments | Category Communities and third sector

Scotland’s Chief Statistician today published revised tables that were first included in in the Estimate of Community Owned Land in Scotland 2017 publication, that was released in December 2017. The previous figures published in December 2017 only to covered the period until the end of June 2017. 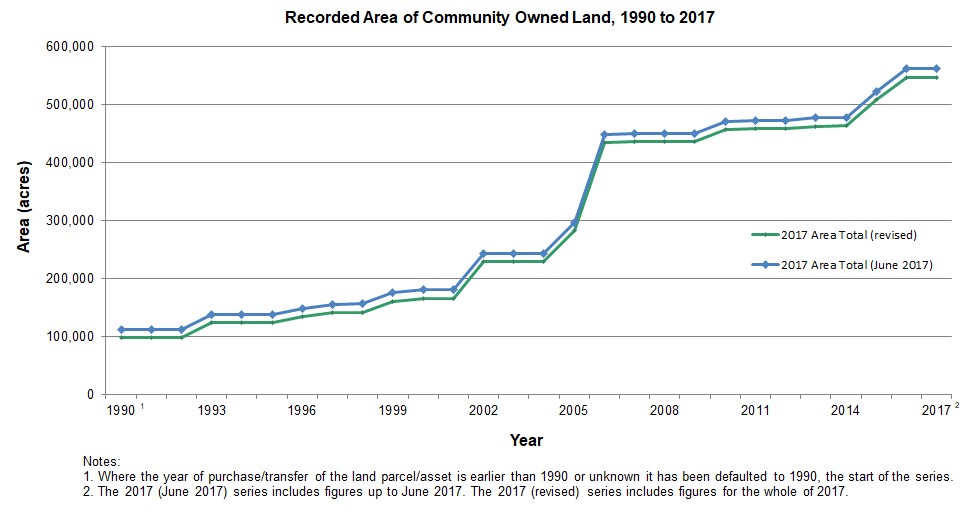 More information on the revisions can be found in this summary note.

The revised tables can be accessed here.