October 31, 2019 by Office of the Chief Statistician No Comments | Category Working Group 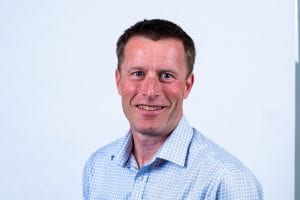 I was asked by the Cabinet Secretary for Social Security and Older People to bring forward guidance to support public bodies collect and present data on sex and gender. I have brought together experts in collecting and presenting data from across the UK, and we have now met twice. In my last blog I promised to post regular updates from our work.

I’ve heard about current practice in collecting this data from working group members, together with their knowledge of wider practice in other public bodies across Scotland, UK and wider. I’ve done some further investigation of current practice beyond what I’ve heard from the working group too. What is clear is that there isn’t a standard way that data about sex and gender is being collected, either in Scotland or the UK, and approaches are only currently developing in a few other countries. It is fair to say that the terms sex and gender are sometimes used interchangeably in guidance about data collection, and there is typically limited guidance on exactly what is being asked for. This has the consequence that in reality people answering this question may be interpreting it in different ways. Therefore, I am looking to put together some basic guidance.

I plan to put together some standard ways of asking questions. We’ll need to consider this both for data collection where people are spoken to by a person collecting data, and those where people fill in a form (either online or paper) as there may be different considerations in each of those cases. There are likely to be more than one way to do this, so I’m planning to develop options and test them out with people initially over December and January. I’ll refine things on the back of what I hear from wider interests and I’ve committed to report to Ministers with a firm proposal in late spring.