Known for its sandy beaches, dark skies and the home to Katie Morag, the Isle of Coll is entering the digital revolution – with its own mobile phone mast. The project will see the island gain mobile phone coverage for the first time in its history and will be the first Scottish island with 4G (fourth generation) mobile communications technology. This pioneering community project has been developed by the Scottish Government’s Demonstrating Digital Programme working in partnership with the community run organisation Development Coll and Vodafone. 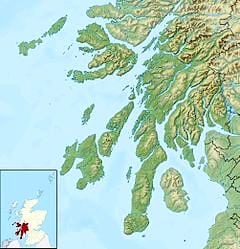 The £165,000 project funded by the Scottish Government has been led by Derek Graham, Programme Manager for the Demonstrating Digital programme. Initiated in June 2013, construction has now commenced and it will see the installation of a rock anchored 15m high lattice mast at Cnocan Na Ban in the middle of the island. The mast will be owned by Development Coll who are responsible for the annual running costs with Vodafone providing the initial mobile phone service to the island.

The mobile service is expected to go live at the end of August when residents and visitors to the island will be able to access mobile services as well as 4G mobile ultra-broadband internet access to laptops with USB wireless modems, to smartphones and to other mobile devices. Conceivable applications beyond voice and text services include amended mobile web access, IP telephony, gaming services, high definition mobile TV, video conferencing, 3-D television and cloud computing. This service will make a huge difference to the community, businesses and visitors to the island as well as for critical emergency services on the island such as the local GP and fire and rescue. 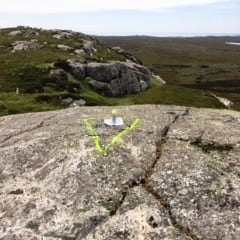 Partnership and collaboration have been a key aspect of this venture with all parties pulling together to achieve the goal. The landowner is providing the mast site for no rent, Vodafone is providing the mobile equipment free of charge with Mono consulting supporting the initial feasibility study. Perhaps most importantly, prime beneficiaries of the mobile service are covering the annual running costs. These include NHS Argyll & Bute, Scottish Fire and Rescue, Project Trust and Argyll and Bute Council.

This project is important as the Scottish Government is committed to achieving improved mobile coverage across Scotland. Whilst the project will extend mobile phone coverage to the island for the first time it will also inform and test an alternative model of community ownership of a mobile mast in an area not previously seen as commercially viable by mobile operators – which is the main focus of the demonstrating digital programme by testing new technologies and business models to accelerate our ambition to be a world class digital nation by 2020. 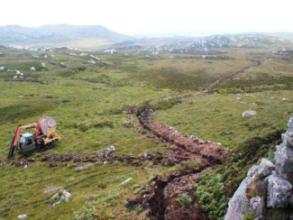 The development of future-proofed mobile and fixed networks will be essential to realise our ambition of World Class connectivity by 2020. Integral to this work is the testing of models – such as this project – which could, in the future, potentially be replicated in non-commercial areas or areas ultimately not covered by the UK Government’s Mobile Infrastructure Project (MIP).

Prev Alpha now available to Scottish Government staff
Next Defining our work for standards and guidelines, an introduction