Two new publications in the series “Scottish Marine and Freshwater Science” are released this week providing new spatial data adding to the evidence base for the development of marine planning in Scottish waters. The first, published today by scientists from the Marine Planning and Environmental Advice Programme at MSS presents new maps of sensitive areas for fisheries. These show areas of sea used by key commercial fish species during vulnerable stages of their life cycle, in this case, aggregations of fish in their first year of life (known as 0-group fish).

The maps were produced using a modelling approach “Species Distribution Modelling” which uses information about the habitat and records of young fish from survey data to show areas of our seas where young fish have been aggregating. The approach used is summarised in the diagram below.

The report provides an update and builds on previous “Nursery Area” maps that have been used for more than a decade, to ensure that appropriate protection is afforded these areas from disturbance. The outputs will be used to inform planning and licensing of marine developments and be made available for oil spill response. Work is also currently underway to try to improve spawning area maps for some key species. 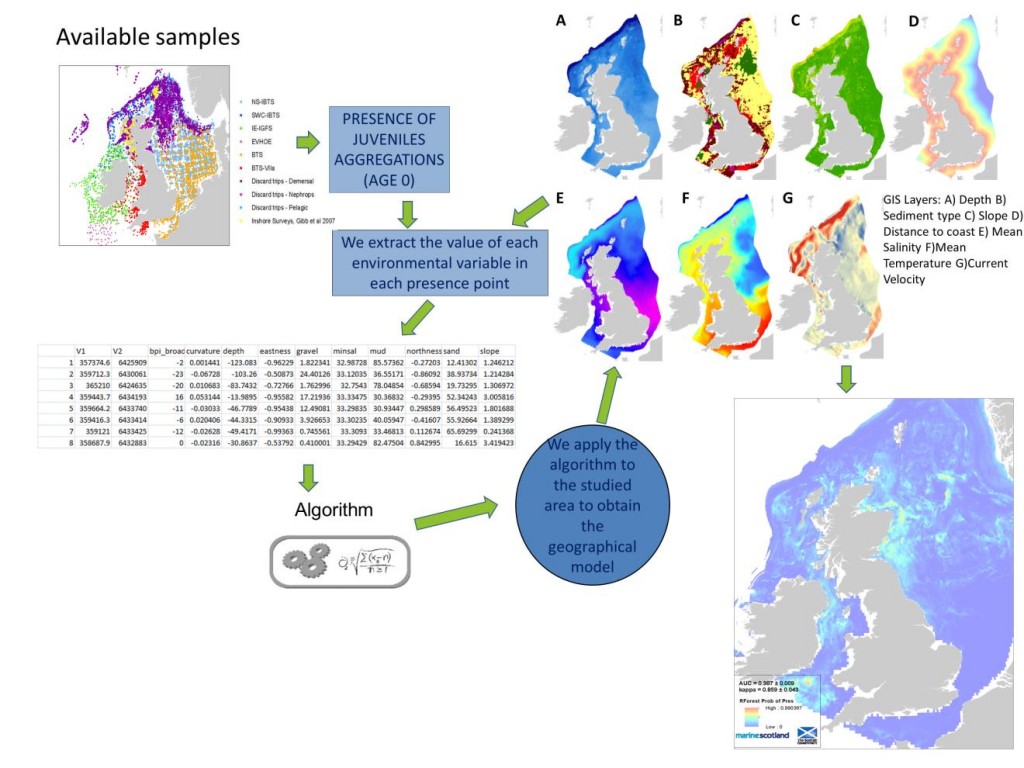 The different steps in the Species Distribution Models (SDMs).

1) The values of the environmental variables in the presence and absence points are extracted.

2) An algorithm which calculate the probability of presence as a combination of different environmental layers is computed.

3) The algorithm is applied back on the GIS layers to draw a map with probability of presence.