It is well acknowledged that any kind of marine litter poses a detrimental effect to the environment, economy and society so in response, Scotland produced its first Marine Litter Strategy in 2014 with the aim of reducing the amount of litter entering the sea.

The Strategy sets out over 40 actions including encouraging producers to change the design of products, such as finding alternatives to plastic in cotton bud sticks. It also includes introducing industry codes of practice for plastic pellets and support for a monitoring programme for microscopic plastic particles like the microbeads in personal care products and in fact, only recently, the UK Government, supported by the Scottish Government and other devolved administrations launched a consultation to seek views on proposals to ban microbeads in cosmetics and personal care products in order to protect our marine environment. 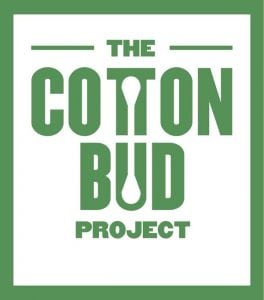 As part of the implementation of the Strategy, Marine Scotland established a Steering Group to monitor contribution to delivering these actions. Members of the Steering Group include FIDRA who are undertaking a range of work that recognises the potential impact of microplastic pollution on marine biodiversity. In today’s blog Dr Clare Cavers, a Research Officer for FIDRA, tells us more:

“Visit the beach and you may well find yourself scanning the tideline for that perfect pebble or shell, only to find a litter of man-made objects amongst the natural debris. In the tangled seaweed are lots of little plastic sticks, often mistaken for lollipop sticks or straws, but actually the remains of some of the hundreds of thousands of cotton buds flushed down toilets every week in the UK.

Because of their size and shape, plastic cotton bud sticks slip through wastewater treatment systems, wash into rivers and seas, and end up on our beaches. On one Scottish beach, 13,500 plastic cotton buds sticks were found by Marine Conservation Society Beachwatch volunteers in a single visit. The Society’s 2016 Great British Beach Clean recorded them as the 6th most common item, with an average of 23 found per 100 metres. Not only do they look bad, they are also an indicator of a public health risk as cotton buds mark the trail of sewage from bathroom to beach.

These plastic sticks are a danger to marine life as well and have been found in the stomachs of fulmars and loggerhead turtles and are even known to cause deaths due to damage to internal organs. In addition, plastics in the ocean act like a sponge for chemical pollutants such as pesticides. Toxins which may be present at low amounts in the water can build up to high levels on plastics as they are soaked up from the surrounding sea.

Fidra, an environmental charity based in Scotland, is liaising with manufacturers and retailers of plastic cotton buds, encouraging them to consider switching from plastic to a fully biodegradable alternative such as paper. Earlier this year the charity was delighted by the resultant decisions of leading manufacturer Johnson & Johnson and retailer Waitrose, to phase out the plastic in their own brand cotton buds and move to paper by the end of 2016.

As these companies lead the way on cutting back on this plastic problem, Fidra is recognising their example, aiming to add them to their Good Buddy List of Friendly Cotton Bud brands once the change is made. In the last few weeks commitments have also been announced by the major retailers Tesco, Sainsbury’s, Asda, Aldi, Lidl, Morrisons, BootsUK and Superdrug to change their own brands cotton buds to paper stems by the end of 2017.

Plastic in our seas is a major pollution problem. Better materials are out there and the more we use them the closer we are to a cleaner ocean. This is an excellent example of major brands taking a lead and Fidra hopes that many more companies will follow soon. Less well known brands sold in small or independent shops present a bigger challenge, and the Scottish Government’s leading example by naming plastic cotton buds in the Marine Litter Strategy could play a significant part in this.

Even paper cotton buds should be disposed of responsibly with household waste, and under no circumstances should they be flushed down toilets. However, if they do end up in the sewage system they stand a much greater chance of becoming waterlogged and settling out of the wastewater stream, never making it onto our beaches. The public can take The Cotton Bud Project pledge to show their support for using fully-biodegradable cotton buds.

Dr Clare Cavers
Fidra is a Scottish registered charity and SCIO no.SCO43895, based in East Lothian, Scotland.
More information is available about Fidra and its other projects on their website. 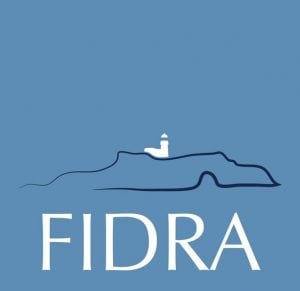