BlogsMarine ScotlandIA2017 - Eutrophication is still a problem in some areas

IA2017 – Eutrophication is still a problem in some areas 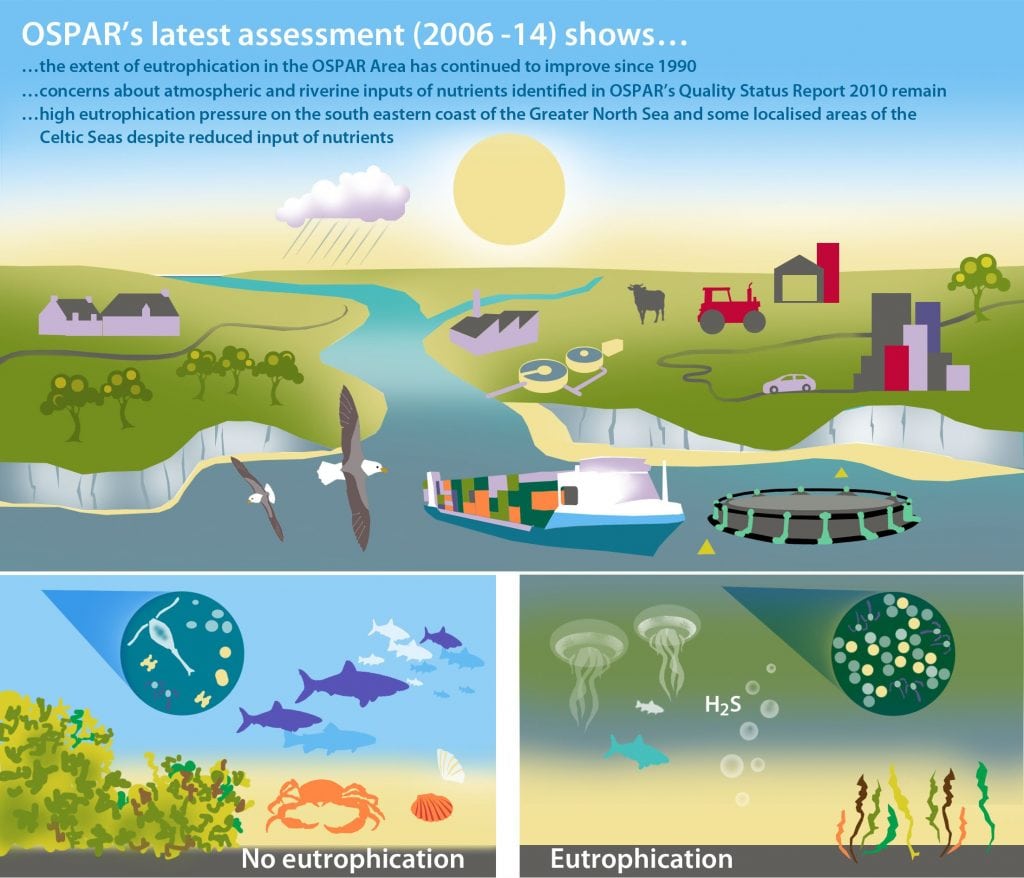 Eutrophication is the result of excessive enrichment of water with nutrients. This can cause accelerated growth of algae (phytoplankton) and plants. This may result in an undesirable disturbance to the balance of organisms present and ultimately to a decline in the overall water quality.

Eutrophication is not always a local problem. Water masses continuously move and interact, and the associated transport of nutrients can lead to eutrophication effects away from the source.

Owing to the adverse environmental impacts of eutrophication, OSPAR conducts periodic assessments of the eutrophication status across the OSPAR Maritime Area.

The results of the latest eutrophication assessment (for the period 2006–2014) indicate that eutrophication still occurs in the OSPAR Maritime Area, particularly in areas sensitive to nutrient inputs, such as estuaries, fjords and bights, and in areas affected by river plumes. In particular, there is high eutrophication pressure on the south eastern coast of the Greater North Sea and some localised areas of the Celtic Seas. This is despite the reduced input of nutrients and lower concentrations of nutrients observed in the marine environment.

Although the extent of eutrophication in the OSPAR Maritime Area has continued to improve since 1990, concerns about atmospheric and riverine inputs of nutrients identified in OSPAR’s Quality Status Report 2010 still remain.