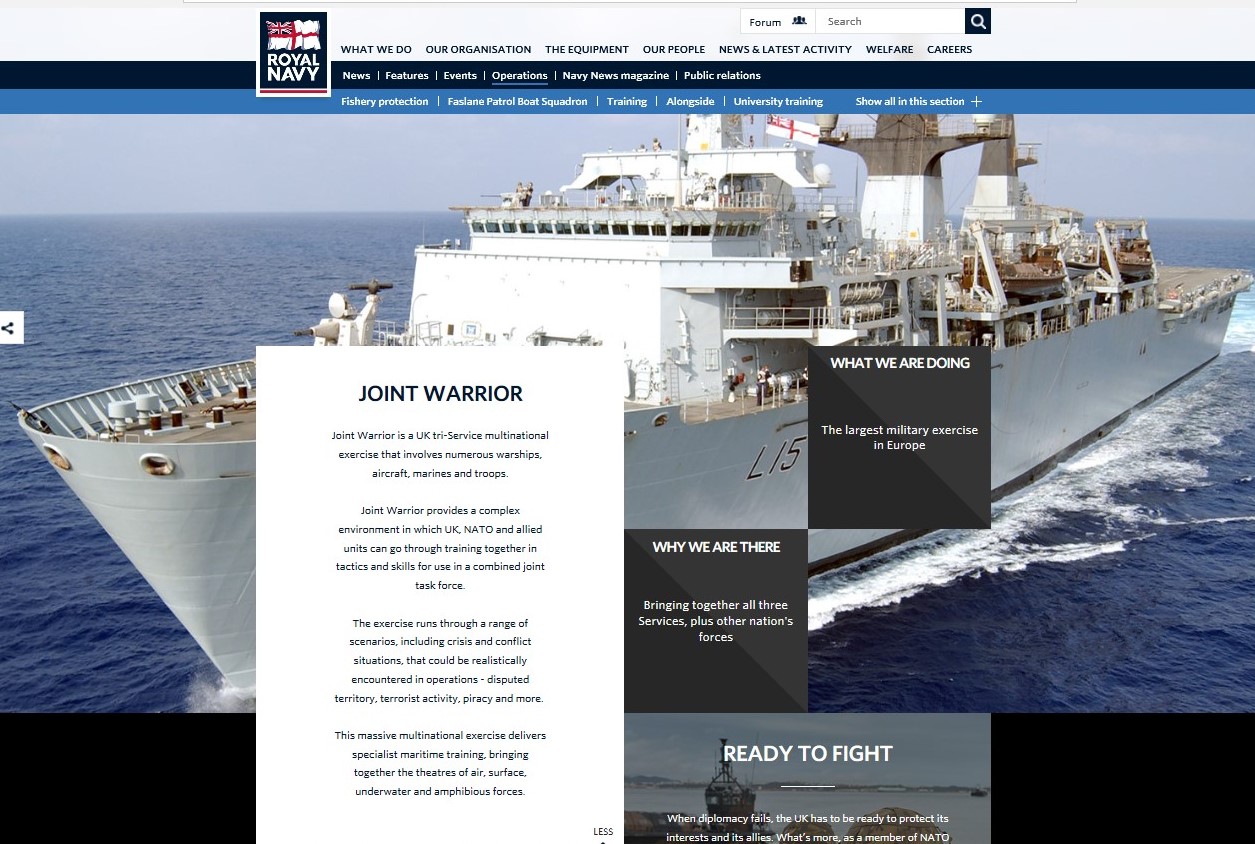 The bi-annual Joint Warrior exercise, organised by the Ministry of Defence (MoD), will be taking place in Scottish waters from 30 March to 11 April 2019. Joint Warrior is part of a major programme of exercises involving: land forces, warships, submarines and aircraft from NATO (North Atlantic Treaty Organisation) partners in UK waters.

These exercises usually take place bi-annually in spring and autumn. An important part of Joint Warrior will take place to the north and west of Scotland, which has ideal conditions for certain elements of the exercise. The exercise runs through a range of scenarios, including crisis and conflict situations, that could be realistically encountered in operations – disputed territory, terrorist activity, piracy and more.