It’s National Fish and Chip day! Whilst we deal with the fish side of it, we decided to ask one of our potato-boffin colleagues in Science and Advice for Scottish Agriculture, Dr Alex Reid, to give us his opinion on the best potato to make chips and the optimum way to make them. Question is, do you prefer yours with salt and vinegar or salt and sauce…? 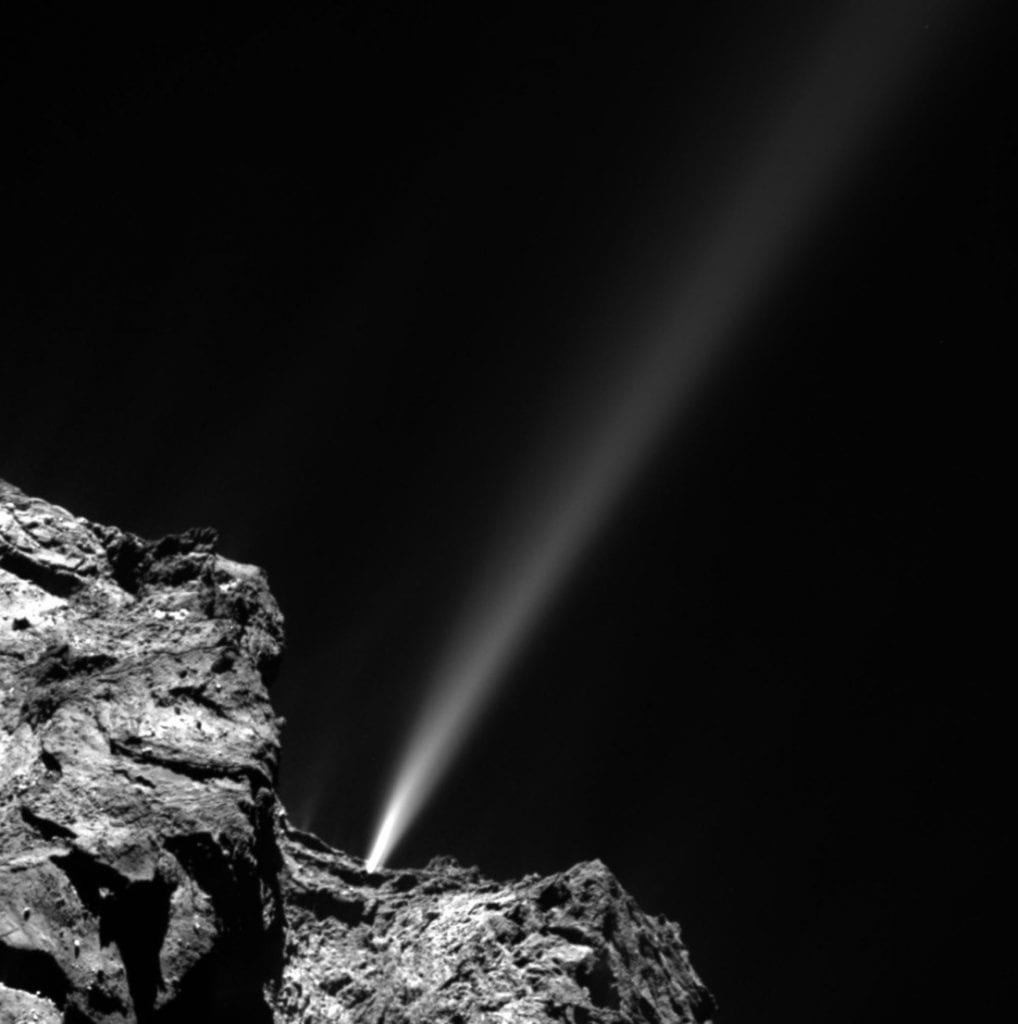 Chips and comets have a lot in common.

On the face of it that just sounds ridiculous but there is some truth in that statement. Both are made from a material with a high water content that plunges into a hot environment. When a comet gets closer to the sun the ice inside starts to boil and escapes from the surface in jets The image below (taken by the ESA Rosetta probe) shows comet 67P venting gas into space as it approaches our sun. This venting of gas gives comets their tails. This is a relatively slow process which can take several months as the comet approaches the sun. Similarly, but a lot faster, when a chip is plunged into hot oil the water on the surface immediately boils sending out jets of hot gas. You can see this process in action because the oil bubbles when the potatoes are dropped in.

The outside of the chip is dried by this process forming a hardened crust trapping any water that didn’t escape inside. The temperature inside the crust rises rapidly and cooks the potato inside and voila, you have a chip. OK, so there is slightly more to it than that, you need to get the temperature of the oil right, too cool and the crust doesn’t form and the water vapour continues to escape from the interior and can be replaced by oil resulting in the dreaded soggy chip.

You also need the right type of oil.

Saturated fats are best because they are chemically more stable.  Like the tyres on a Formula 1 car, there is a sweet spot for the oil where it operates optimally; fresh oil is no good as the molecules of fat and water repel each other and the potato does not cook properly. The fat molecules need to degrade a little for optimum results. Older oil that has gone past its peak results a dried out chip as too much water escapes from the inside. So the crust formation is the crucial process in making the perfect chip. The crust is formed after the initial water is boiled away and starches released from the potato react with the heat and remaining moisture to form a gel which coats the outer surface and then caramelizes to form that fantastic slightly brown crunchy coating.

Therefore, we need a potato with a high starch content to make the perfect chip.

When I joined SASA in 2002 it came as a bit of a shock to me just how many different potato varieties there are. I was familiar with a few of the common ones you see in the supermarkets; King Edward, Maris Piper and Jersey Royal (incidentally not a variety, it is a protected name given to early potatoes grown on Jersey, the variety is actually International Kidney). I also knew that all potatoes did not cook the same as I can remember my Granny complaining about how some tatties ‘gang throwe the brie’ or fall apart when boiled for those of you not familiar with Doric. 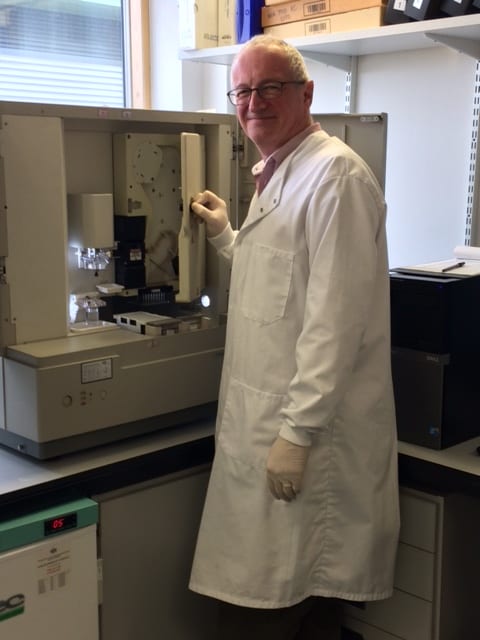 I now know that there are thousands of different potato varieties (we grow around 1300 each year at SASA) and that, in a very broad generalisation potatoes are either waxy or floury (in actual fact there is a gradation of potatoes that go from waxy to floury). Waxy potatoes have high water content and hold their shape well when boiled and are good for, well, boiling but are also good for stews, soups and potato salads. Floury potatoes have a higher starch content making them great for baking, mashing, roasting and making chips, as the lighter, fluffier flesh allow oil or butter to be absorbed more readily. There are a number of ‘all-rounder’ varieties that fall in the middle of the waxy/floury gradation which can be used for anything. So which varieties should you use for making chips? In the UK Maris Piper is the most popular variety for chipping, and not surprisingly, the area of Maris Piper grown in the UK in 2018 (15,000 hectares) was three times more than the next most popular varieties Markies (also a good chipper) and Maris Peer (a waxy salad type).

At SASA we have developed a DNA fingerprinting method for potato variety identification (a kind of CSI or Clever Spud Identification for tatties) and we are sent hundreds of frozen chip samples every year for variety checking by processing companies and the vast majority of these are Maris Piper. Other good varieties for chips include King Edward, Rooster and Russet Burbank (popular with a certain burger restaurant).

So the next time you have chips on your way home remember, they’re not that different from comets. Now there’s something to amaze your mates with.

But that’s not the end of it.

For those of you interested in the fish side, our Chief Scientific Advisor Marine, Professor Colin Moffat, has the following advice:

The chip is, of course, one part of a very special partnership.

The fish is a white fish, haddock being the dominant species consumed in  the North-East of Scotland, but we should not forget about cod and, increasingly, hake and saithe.  That said, when we go to buy a fish supper most of us will probably be thinking about a haddock supper, but why not try a hake supper or a saithe supper if they are offered at your local fish and chip shop?

There is no doubt that the fish community of the North Sea is changing and that there are a number of reasons why this is, with the changes in our climate likely to be playing its part.  What is does mean, however, is that we do have to broaden the range of fish that we consume with our chips.  White fish is a high protein, low fat food and should be an integral part of our diet, together with the oily fish such as mackerel.  Sitting on the seafront with a fish supper is a real treat.  As you look out to sea, that is where half your meal has come from, a critical ecosystem on our planet that provides us with half the oxygen we breath as well as the much loved fish of that very special partnership.