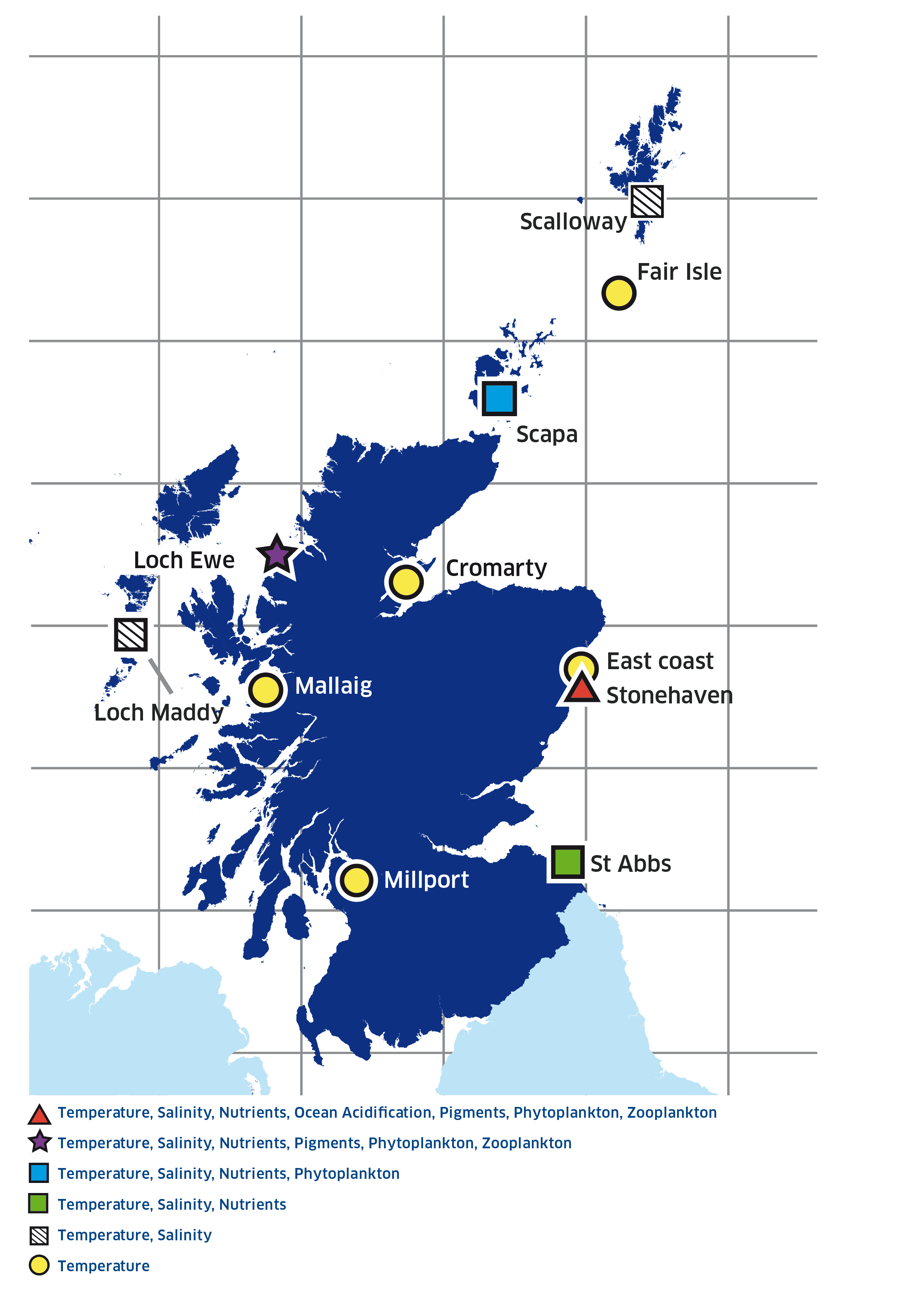 This temperature sensor network contributes to Marine Scotland’s work on monitoring sea temperature in Scottish waters. The data are analysed and included in a range of assessments of the ocean’s status, such as the Scottish Ocean Climate Status Report, Scotland’s Marine Atlas, and the Marine Strategy Framework Directive.
While most of the sites were started relatively recently, they do provide valuable information on regional variations of the century scale warming due to global climate change. It is vital that we continue to measure the temperatures in our coastal waters to further understand how global climate change will affect Scotland.

If you are interested in being a coastal monitoring volunteer please get in touch!

Prev Ah, the humble chip!
Next All Eyes on New Worm Species